/ Get Inspired
/ Canon Champions
/ Sight Unseen: a leap of faith

Sight Unseen: a leap of faith

It takes a certain amount of faith to look at a blank piece of paper and trust that, if you purchase it, you’ll be rewarded with an incredible piece of photography to treasure for years to come.

We’re all aware of the subjectivity of art, no matter what form it might present itself. While one person might find joy in a photo of a windswept tree, there will be others that find the image bereft of meaning. But life is all about taking a chance, right?

Our very lives are built on faith and trust and throwing caution to the wind. When those attributes are paired with art, the results can be breathtaking.

With this in mind, Canon decided to launch into unchartered waters. Sight Unseen.

It was a night like no other: an art auction and a rare opportunity to mingle with some of Australia’s most acclaimed photographers; including Toby Burrows, Stephen Dupont, Simon Harsent, Gary Heery, Ted O’Donnell, Vicki Lee, Anna Pogossova, Jackie Ranken, Graham Shearer, Eugene Tan, and James Tolich.

Everyone that attended was promised the chance to leave the event with a one-of-a-kind artwork all for themselves. But – there was a catch. You will not see what you are about to bid on. 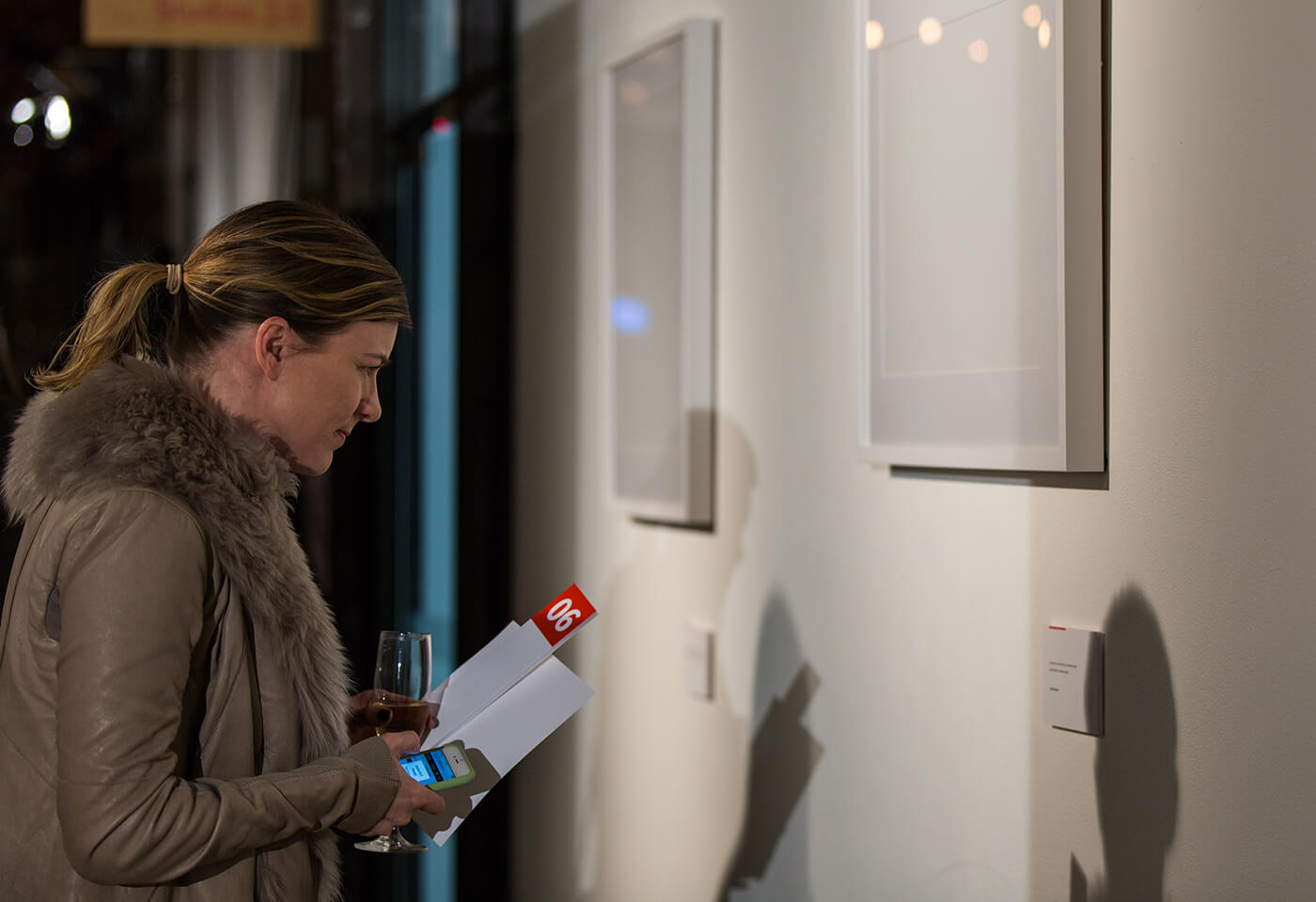 Arriving guests were confronted with framed blank pieces of paper. There was only a short blurb to hint at what the image might be. Then, they could use their imagination; or just trust that the acclaimed photographer whose work they’re about to bid on, will not disappoint.

But the evening involved more than simply a challenge for your imagination. It was a challenge to trust that, if you purchase this blank piece of paper, you will be rewarded with something spectacular to hang on your wall.

There were a few clues here and there and, before the auction, bidders were given further clues in the words of the photographers. 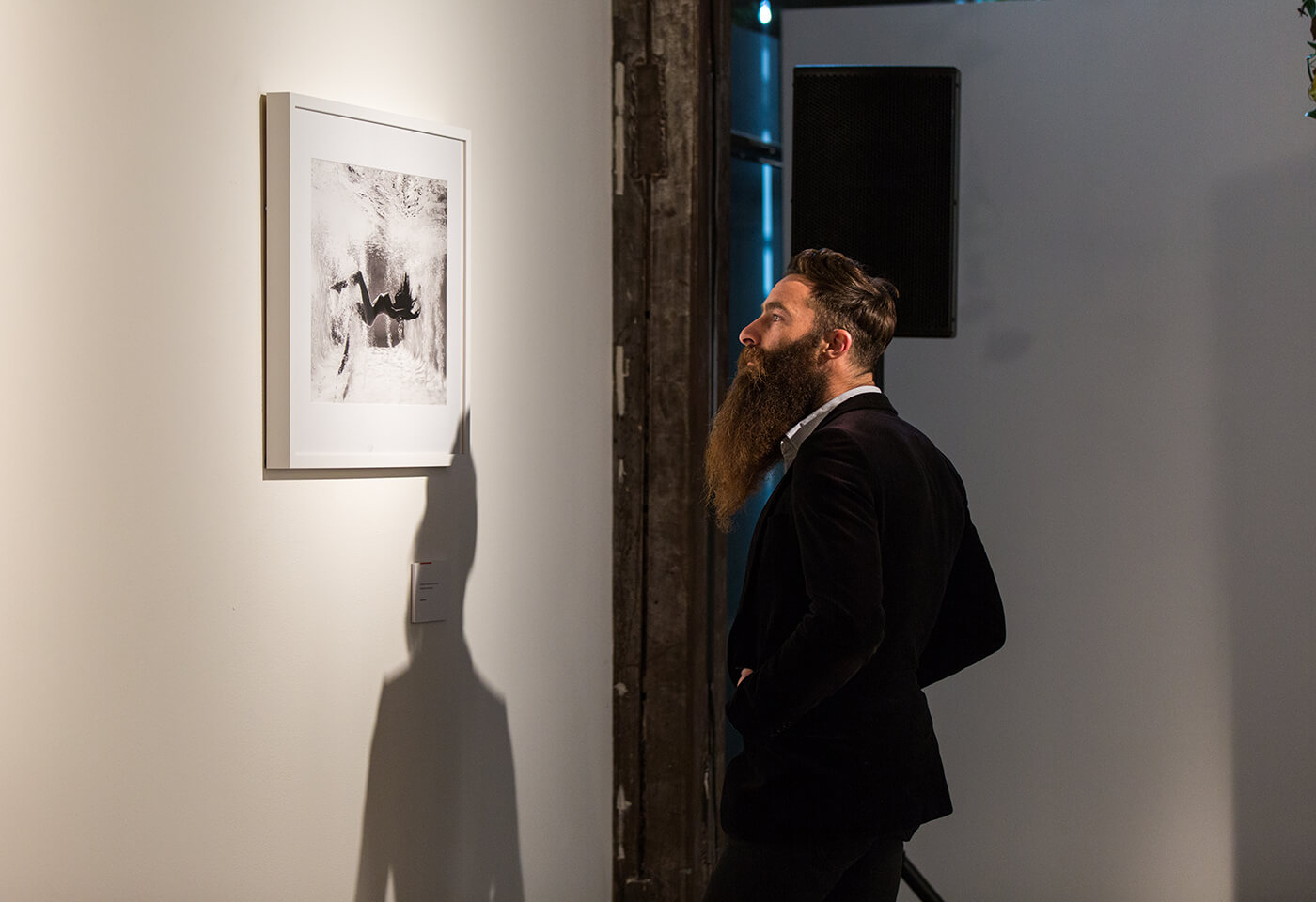 Here’s what some of the photographers said:

The one I chose for the exhibition is from a new series I’m doing. There’s much more action and much more movement to be able to create something. You start with an idea to see the final product, if its anything like what you’ve thought about

I’m always looking for a story, an engagement, something that draws you in. The best thing is that it’s going to someone’s house and seeing your print on the wall. That’s the validation of what you do

I wanted to shoot a beautiful still life in a kitchen, and the walls are a bit decayed and there’s quite a beautiful feel

I just love seeing my work printed. Printing, for me, is the authentic hand held piece of art work that’s going to outlast me

While guests were bidding for the blank frames, Canon put its first A2 desktop printer – the imagePROGRAF PRO-1000 – to work, bringing the mysterious photos to life. 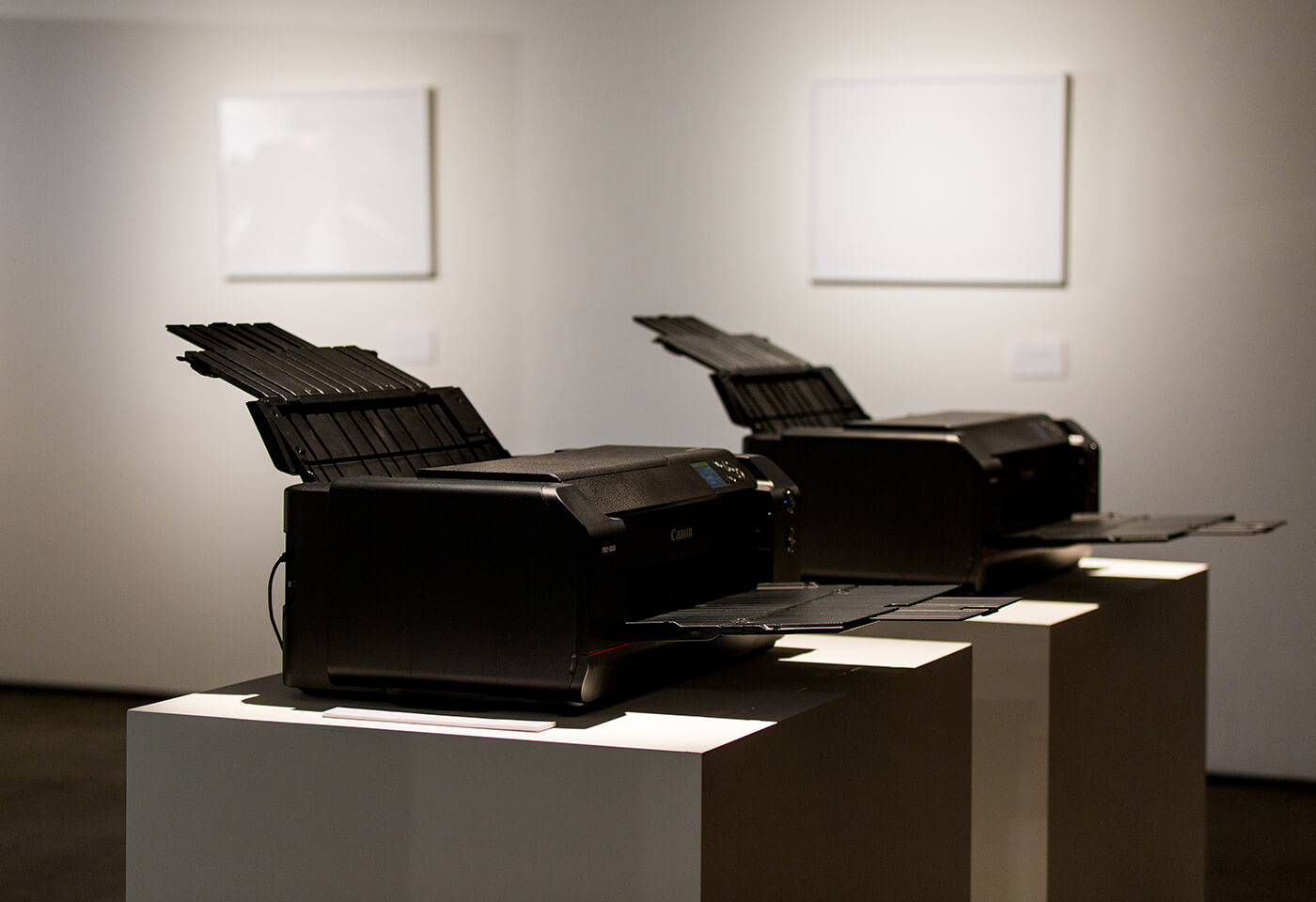 Once the auction was over, each artwork was printed for the successful bidder buyer then and there, with the elated bidder finally eye-to-eye with a photographic masterpiece of their own. Proceeds from the evening were donated to I-MANIFEST, a not-for-profit organisation providing pathways for young people to forge meaningful careers in the creative industry. Sight Unseen raised $22,000. 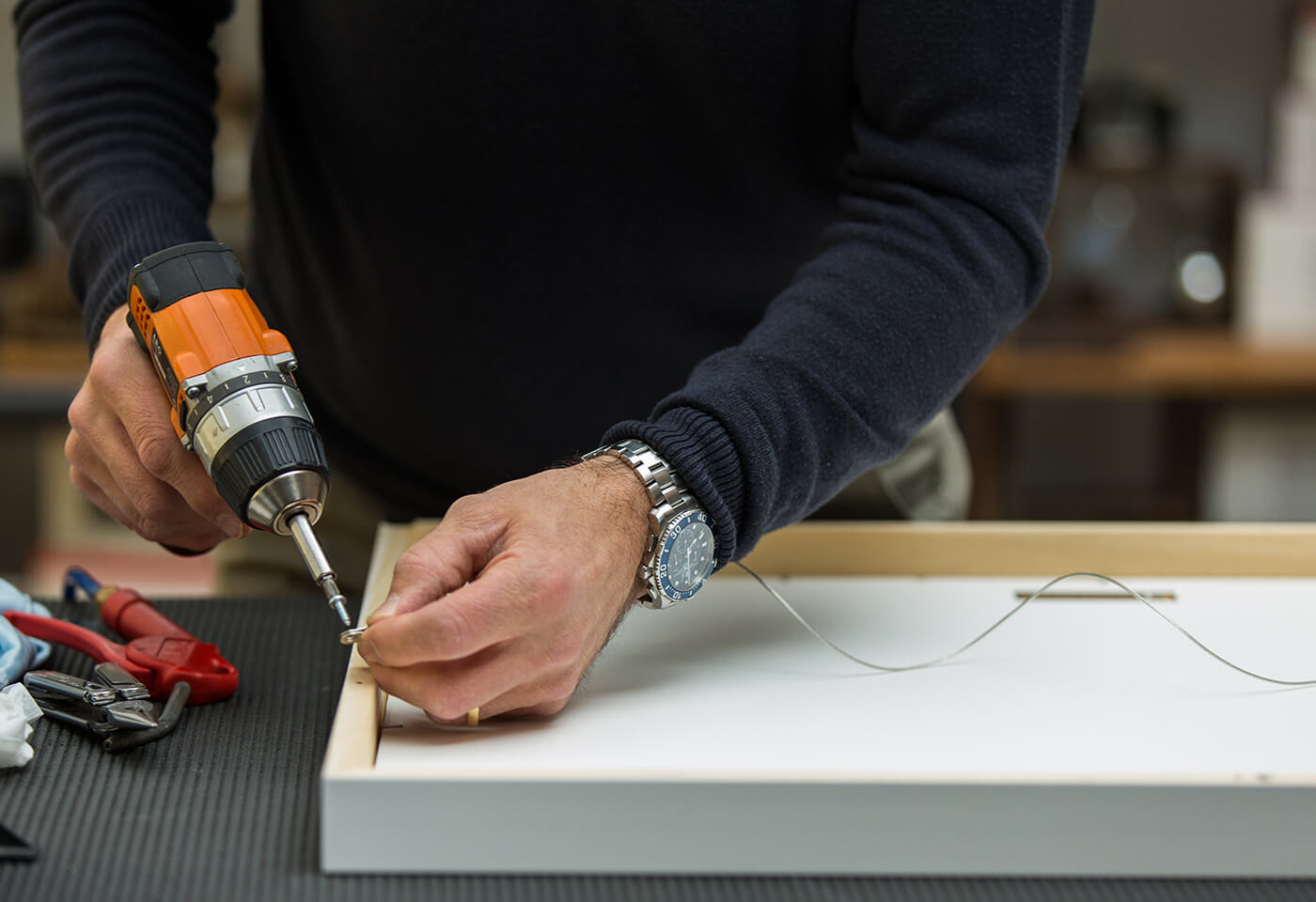 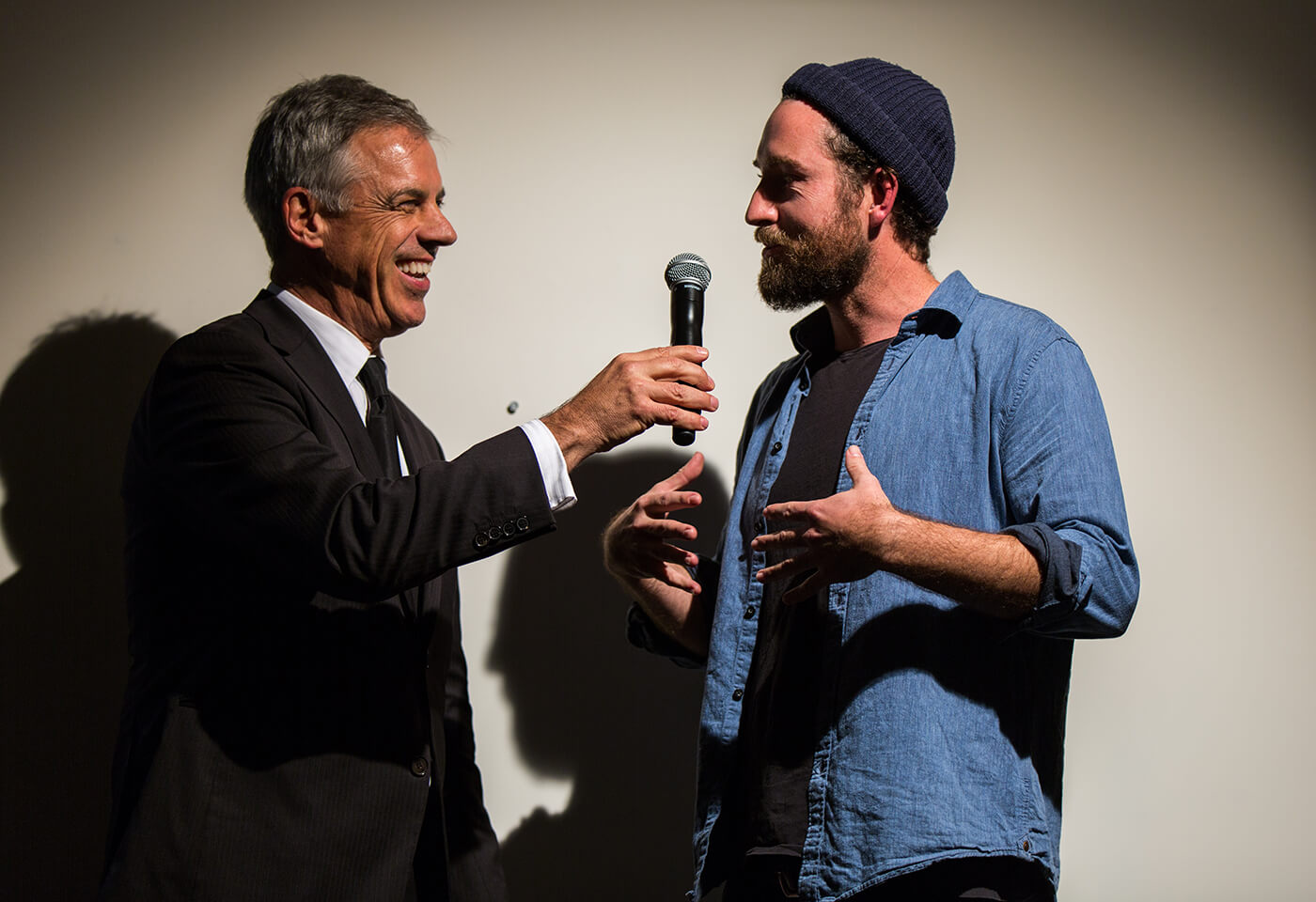 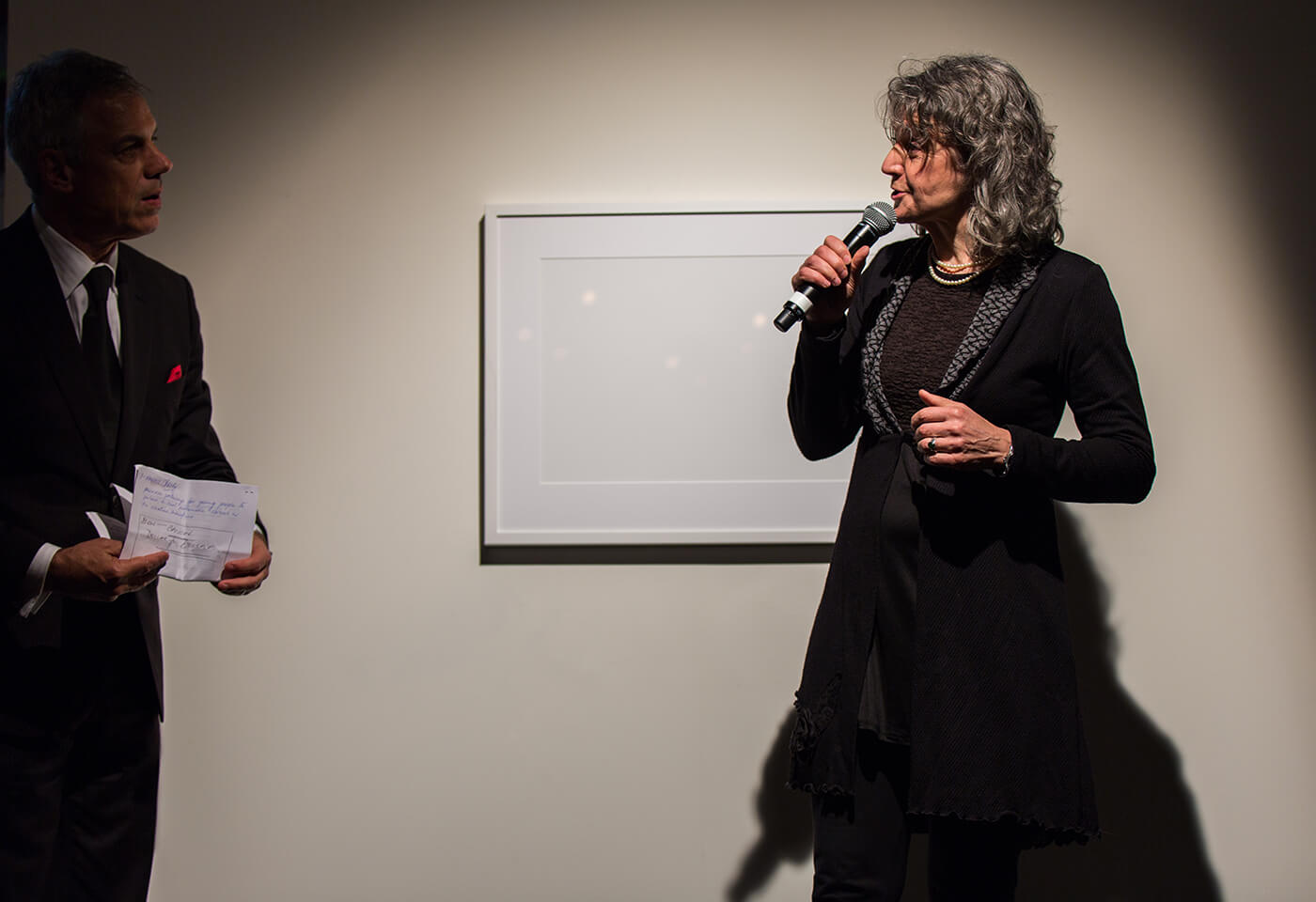 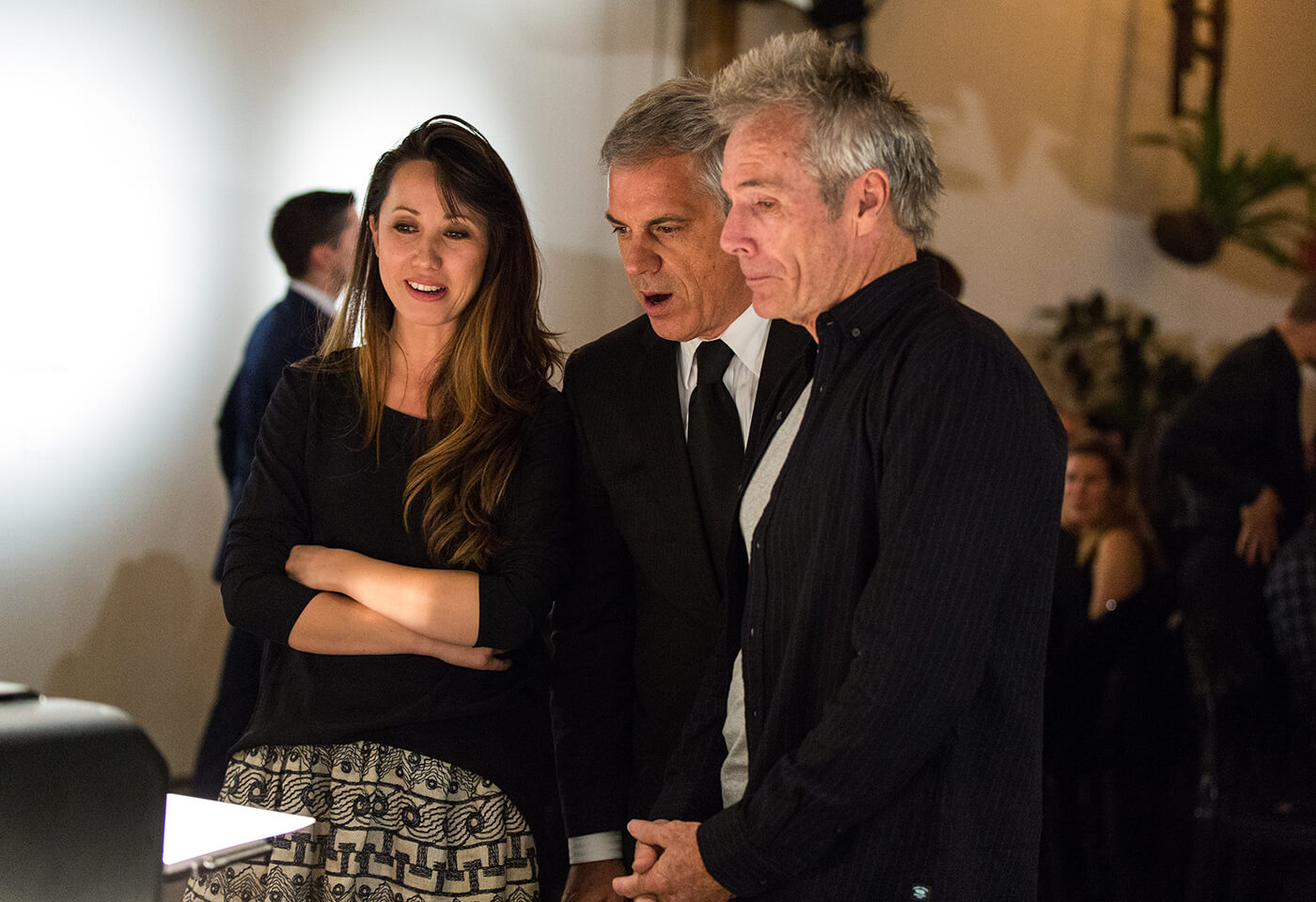 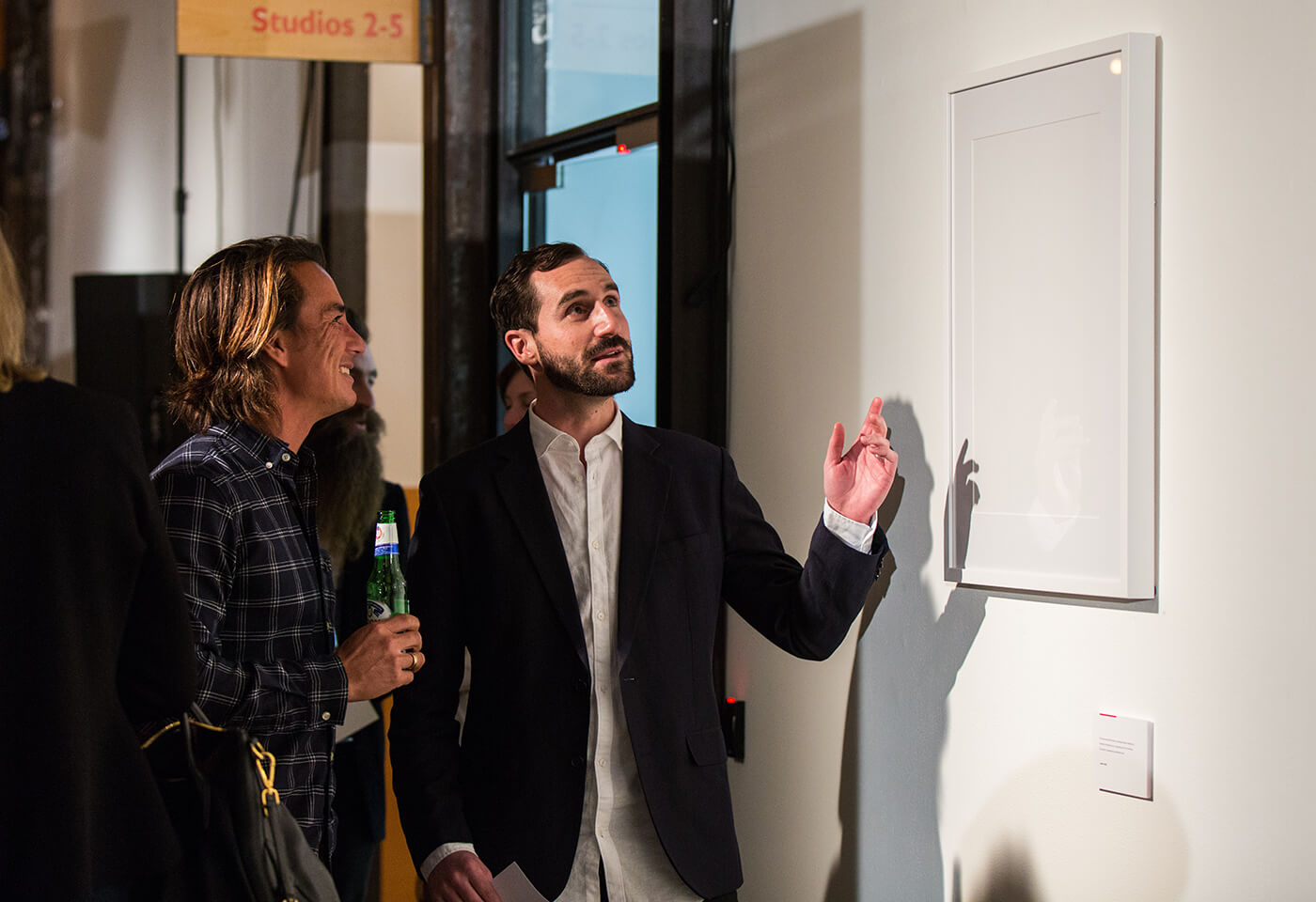 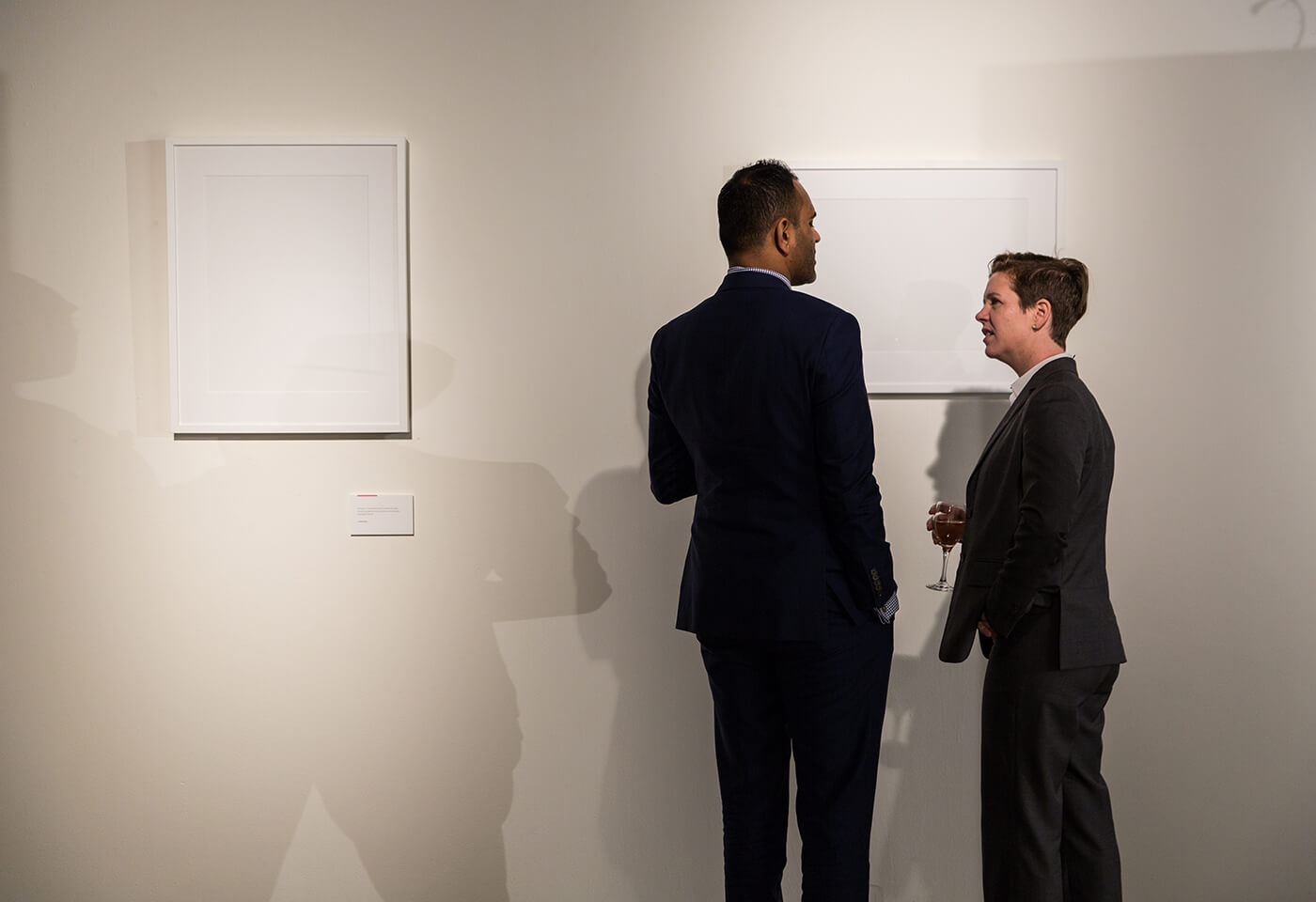 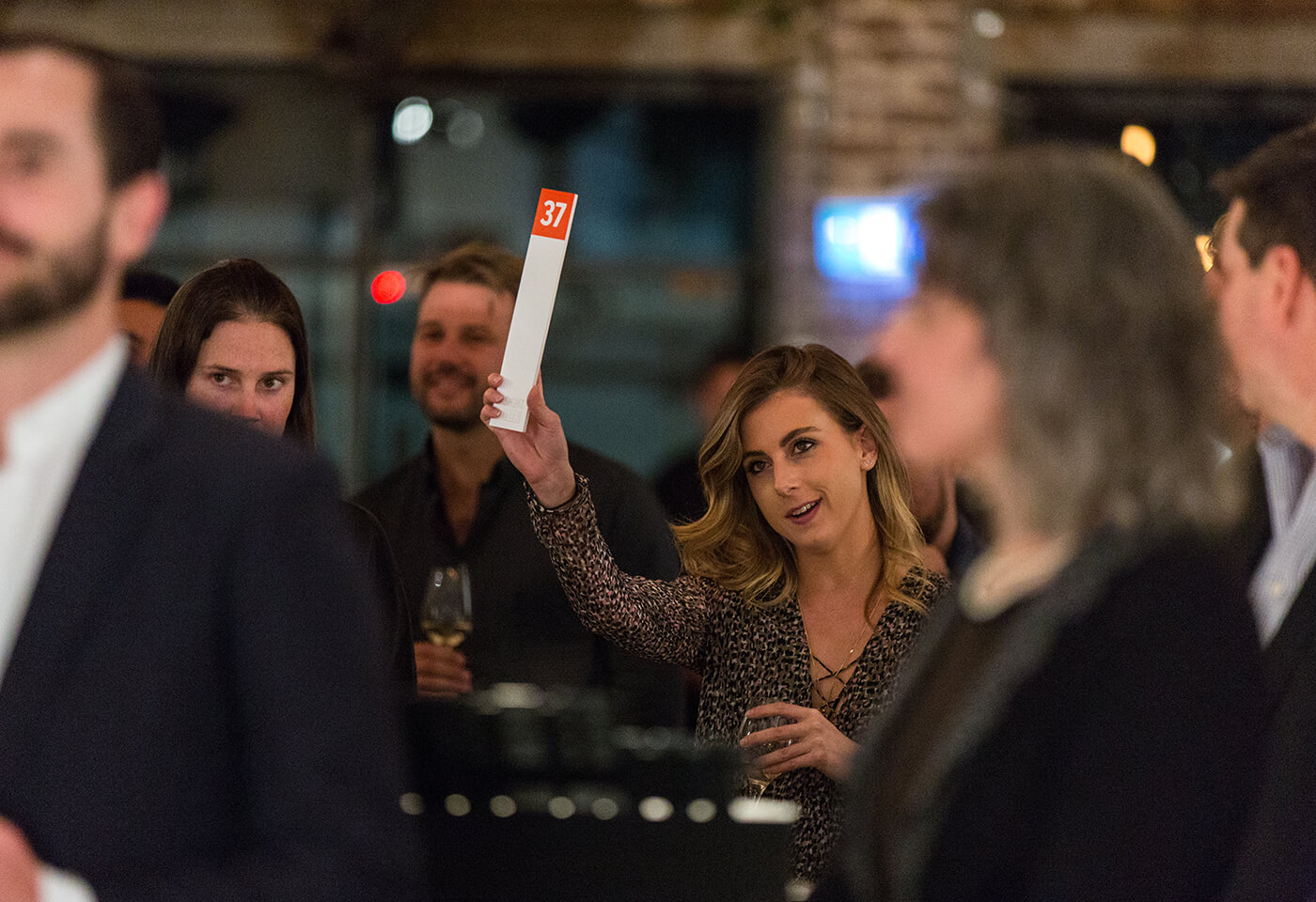 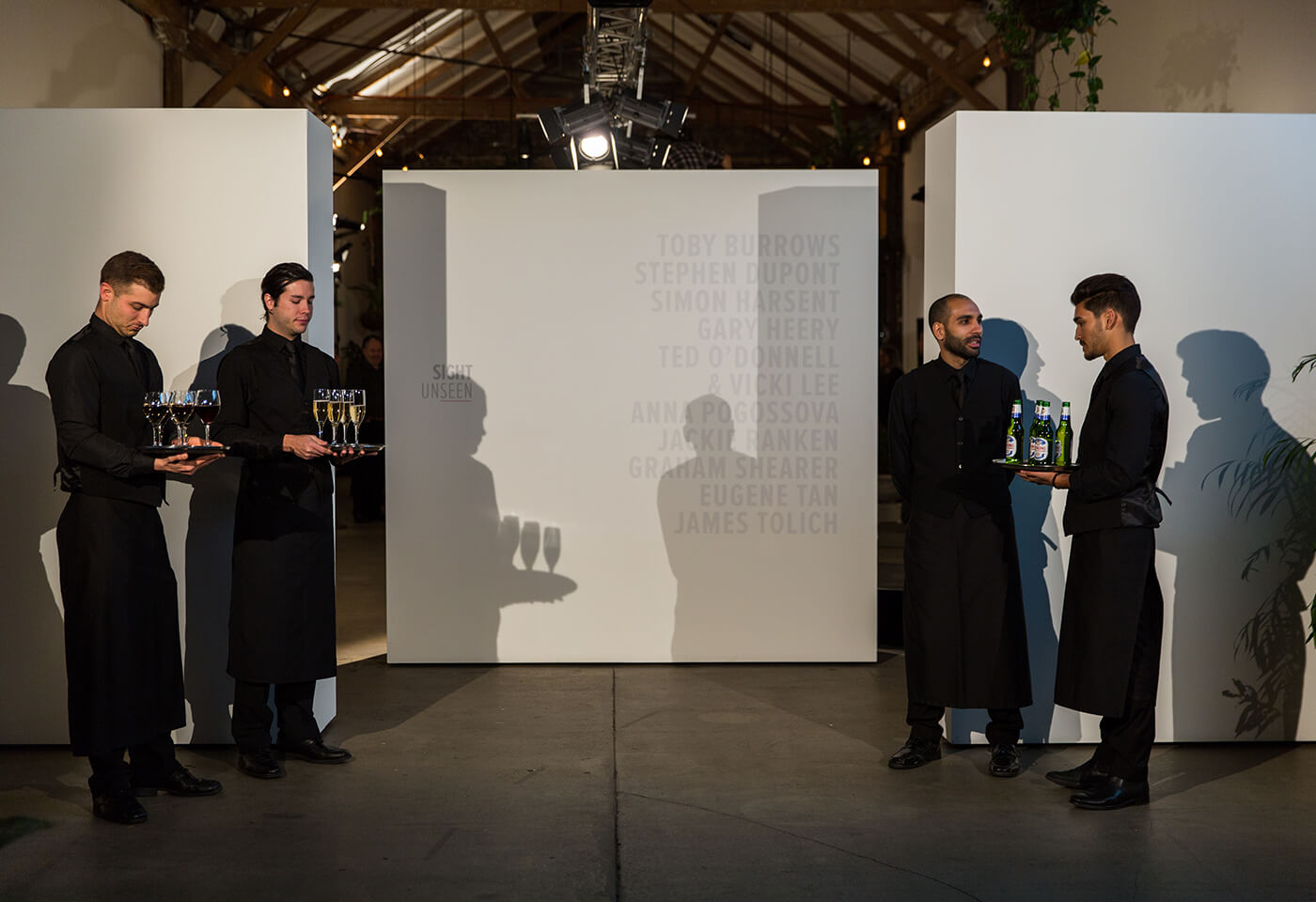