/ Canon Champions
/ Get inspired
/ Beyond the horizon
Feature Image by: Richard Robinson 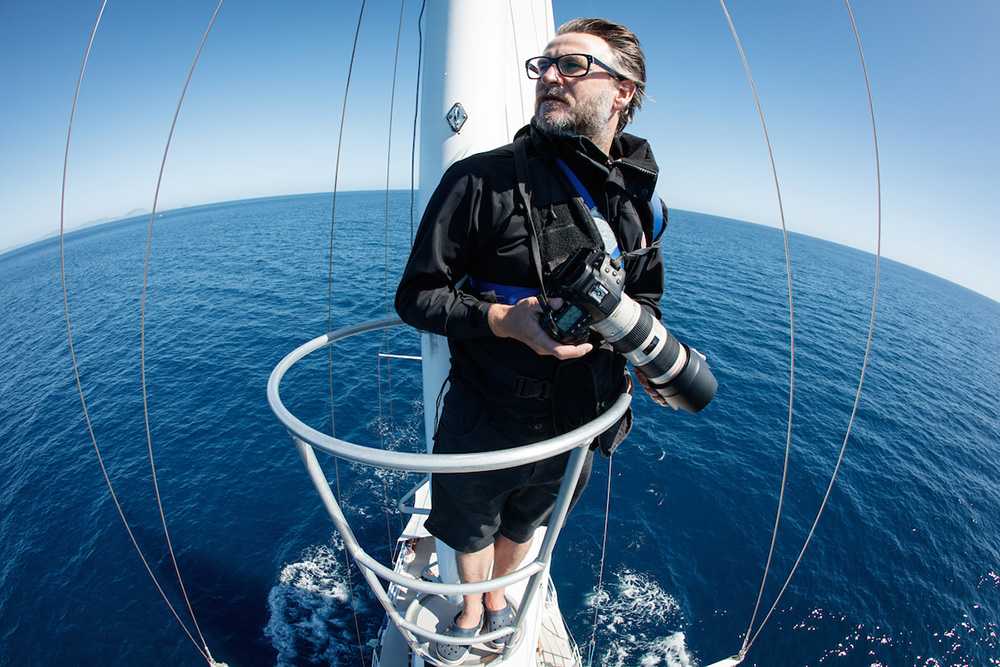 A personal project in 2008 launched Richard Robinson into the world of underwater photography. Growing up in Napier, Robinson often visited Marineland, a marine mammal park which kept species such as dolphins, fur seals and little blue penguins. As public attitudes towards keeping these animals in captivity changed, visitors dwindled, but the park’s dolphins could not be released into the wild.

"When I was getting into underwater photography I saw this amazing story, and this amazing place which was just stuck in time"

During visits home to Napier, he began to document Marineland’s last dolphin, Kelly, during the remaining years of her life. “I’d got into underwater photography and it was a place where I could really test my gear. I’d have an idea in my mind and go back and back, keeping on working on the project until I was happy with it.” 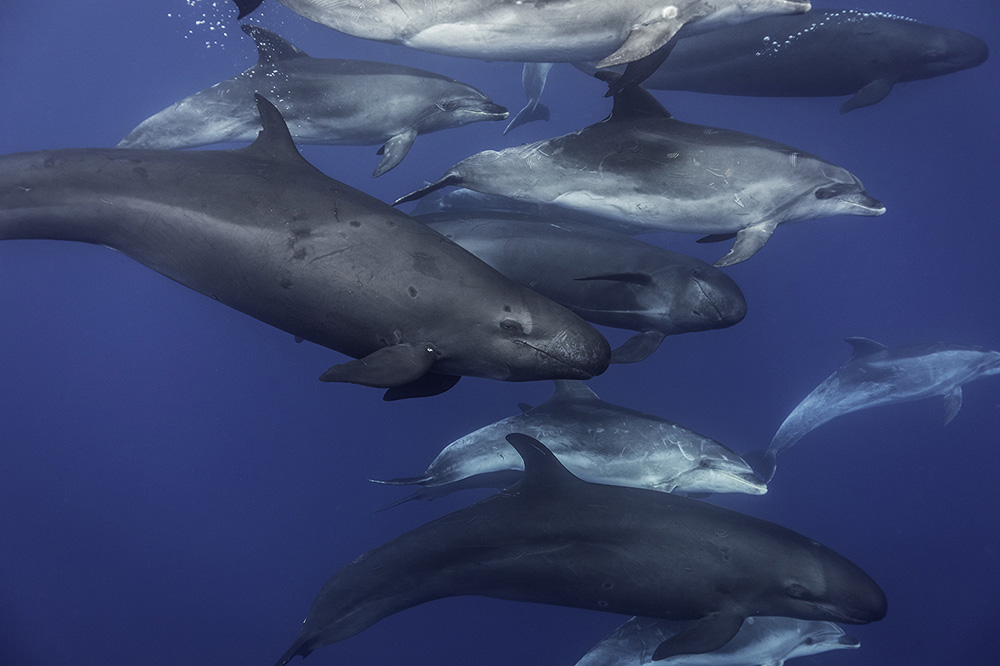 When Kelly died in 2008, it was the news angle Robinson had been waiting for. He pitched the story to New Zealand Geographic and the personal project turned into a publication, a long-term editorial relationship between Robinson and the magazine now spanning nearly 30 feature stories.

That was an example of how personal projects really opened doors, because you’re not working in the limitations of what your editors are putting on you Personal projects allow those simple ideas to be explored and continue to provide Robinson with a creative extension, outside the demands of an editor or a story. While on assignment, Robinson doesn’t reach for the most creative shot first—in case he misses it, and returns with nothing to show. So he shoots for coverage, then goes for the hero shots.

"I’m still always looking for the ‘bread and butter’ pictures, even on assignment for New Zealand Geographic,” he says. “When there’s no such thing as a reshoot, that can make you kind of conservative—you go for your safe shot before you go for the ultimate shot."

Many of Robinson’s New Zealand Geographic stories grow from his personal projects—several years spent documenting blue sharks, for instance, resulted in another story. 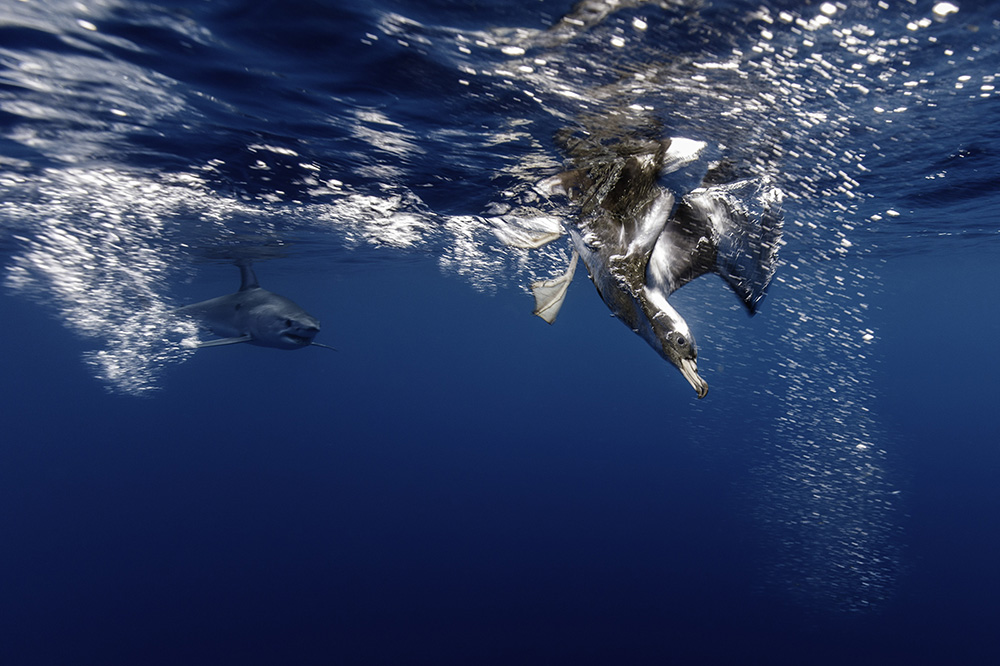 But after more than a decade of underwater photography, Robinson yearned for an assignment he’d never been on. He wanted to travel far from New Zealand shores to photograph pelagic species—large animals that move, herd-like, as they migrate. It was a difficult assignment to pitch, because it was impossible to predict which species he would find, and so costly that it was impossible for any publication in New Zealand to support. That changed when Robinson won the inaugural Canon Personal Project Grant, which covered the cost of boat charters—Robinson spent nearly a month on the water in total. Canon also provided him with the state-of-the-art 5D Mark IV.

"It’s allowing me to take types of pictures that have never been taken before, Having great ISO capabilities and a big dynamic range, I can shoot bigger areas underwater than I could in the past. Instead of focusing on one animal underwater and lighting it with a flash, I can shoot a wider area. I’ve never seen it done before—and with nice colour from top to bottom."

Until now, Robinson’s underwater photography had largely taken place one carefully-composed frame at a time, but this approach wasn’t going to suit large groups of fast-moving animals.

"Whereas most underwater photography I’ve been doing is really calm and relaxed and it’s all nice and peaceful and beautiful light, this the complete opposite, my adrenaline’s pumping, it’s high-paced stuff, I’m getting buzzed by sharks. It’s more like shooting sports."

This is where the camera’s frame rate and fast autofocus were crucial, he says. “It allows me to shoot more like I would have shot a rugby game or a news event.” 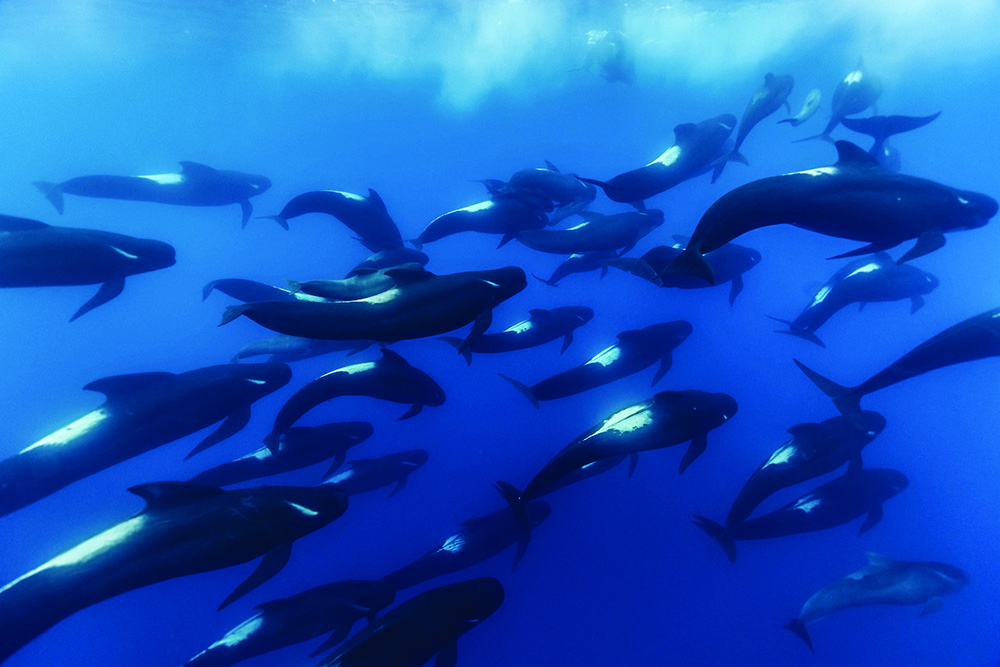 A video, shot on a rear-facing camera gives the viewer a sense of the shoot. Robinson communicates feverishly with the helmsman to position the vessel in front of a pod of dolphins, but still a distance away so that the presence of the boat doesn’t spook them. Then he leaps in. You can hear him sucking air through his regulator as he positions himself amongst the dolphins, his eyes wide as dinner plates, the chain shutter on the camera clattering to capture the fleeting moment of the pod’s pass. It’s exhausting to watch, but a compelling insight into the day-job of an underwater photographer.

This project might be complete, but out in the blue water, plenty remains for Robinson to discover. “It all grew from needing to find different forms of creativity to keep yourself excited in photography,”

"With a project like this you can really just let go and try things." 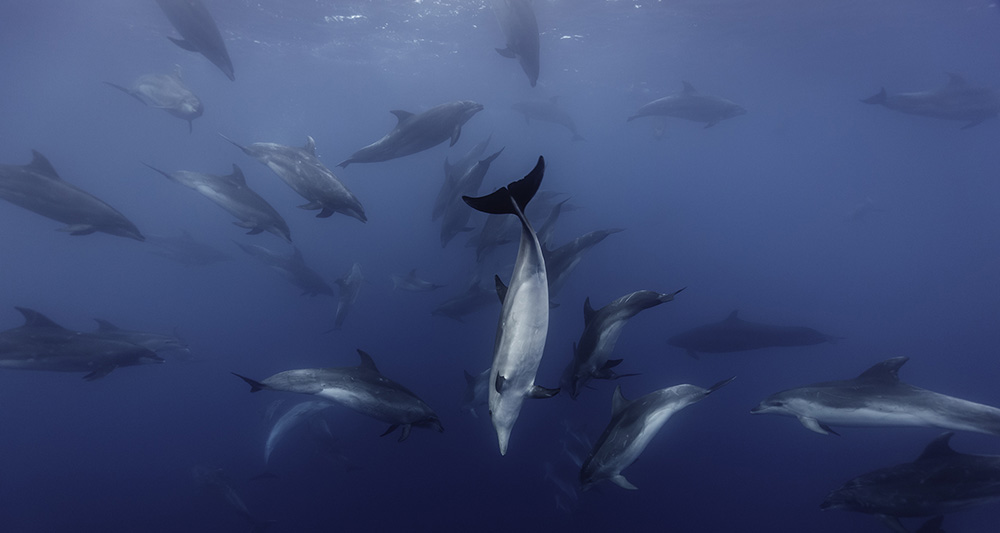 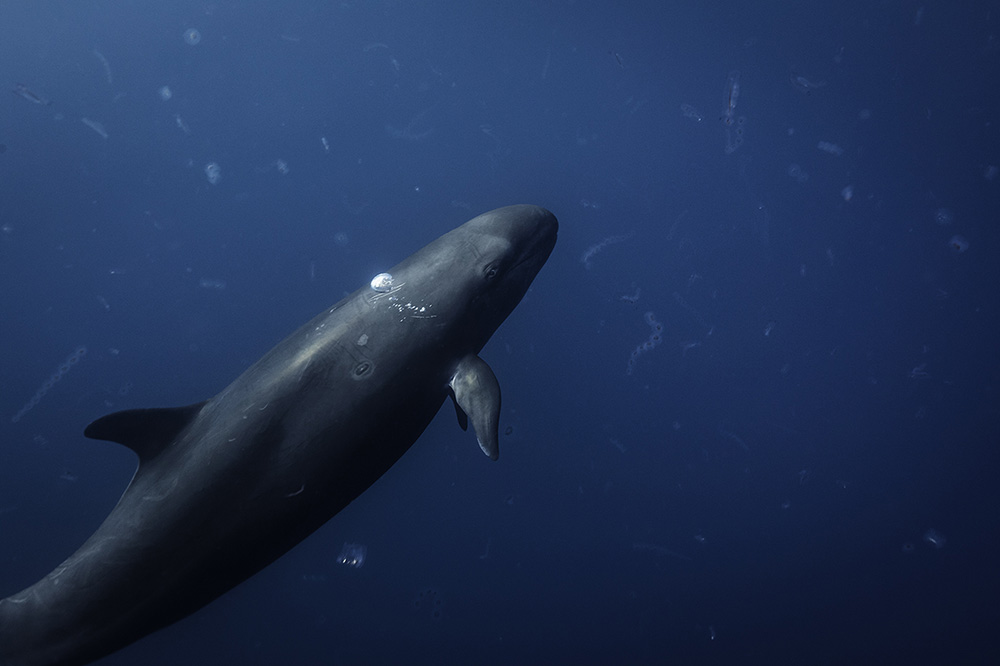 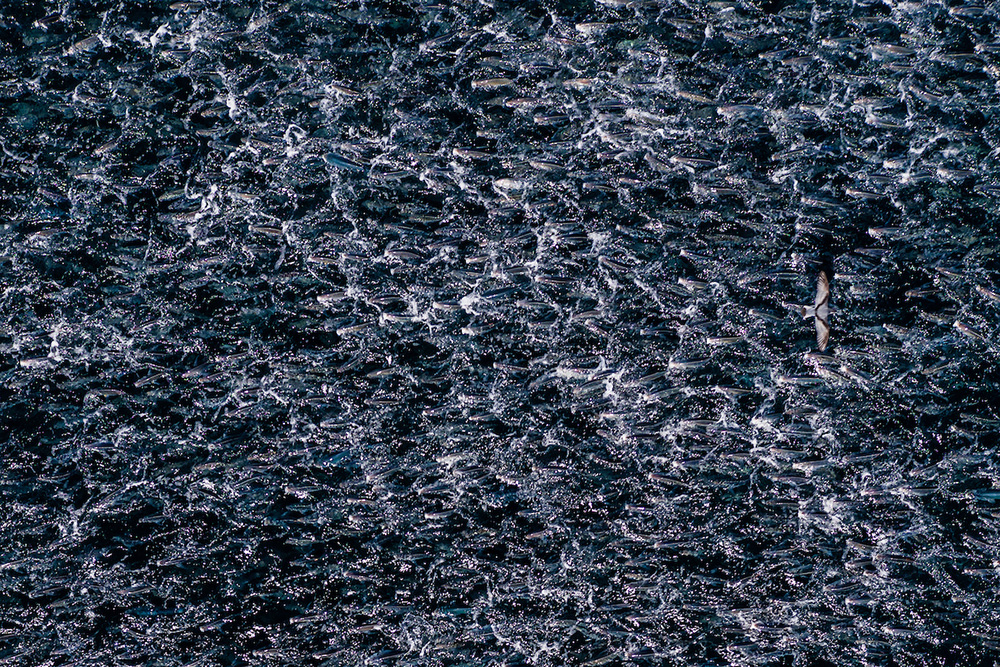