They lost me in the subject heading on the dreary August morning; “Trip to Japan on behalf of Canon NZ”.

It’s the email every photographer dreams of receiving.

In light of the 2019 Rugby world cup being held in Japan, Tourism Oita wanted people to know there were loads more to see than just the rugby and that I would be one of the lucky photographers in charge of the mission. Mission warmly accepted.

Within three very comfortable flights and two highly efficient bus rides, I found myself plonked in the Southernmost island of Japan (Kyushu) along the East coast in a place called Oita.

Oita is the capital city of the Oita prefecture and is widely known as the home of the Onsen, but I found out very quickly on day one that onsen is only one of the crown jewels to this incredible prefecture teeming with art & rich history.

I was first taken to a tiny village called Usuki, to visit the artists of a traditional pottery studio who are breathing life back into a lost art and reviving Usuki’s once-forgotten ceramic tradition. The owner, Mr. Hiroyuki Usami tells me of his mission to breathe life once again into Usuki’s once-forgotten ceramic tradition named Usukiyaki, creating new and more modern works based on the few historical records that remain from the pottery’s original incarnation over 200 years ago. 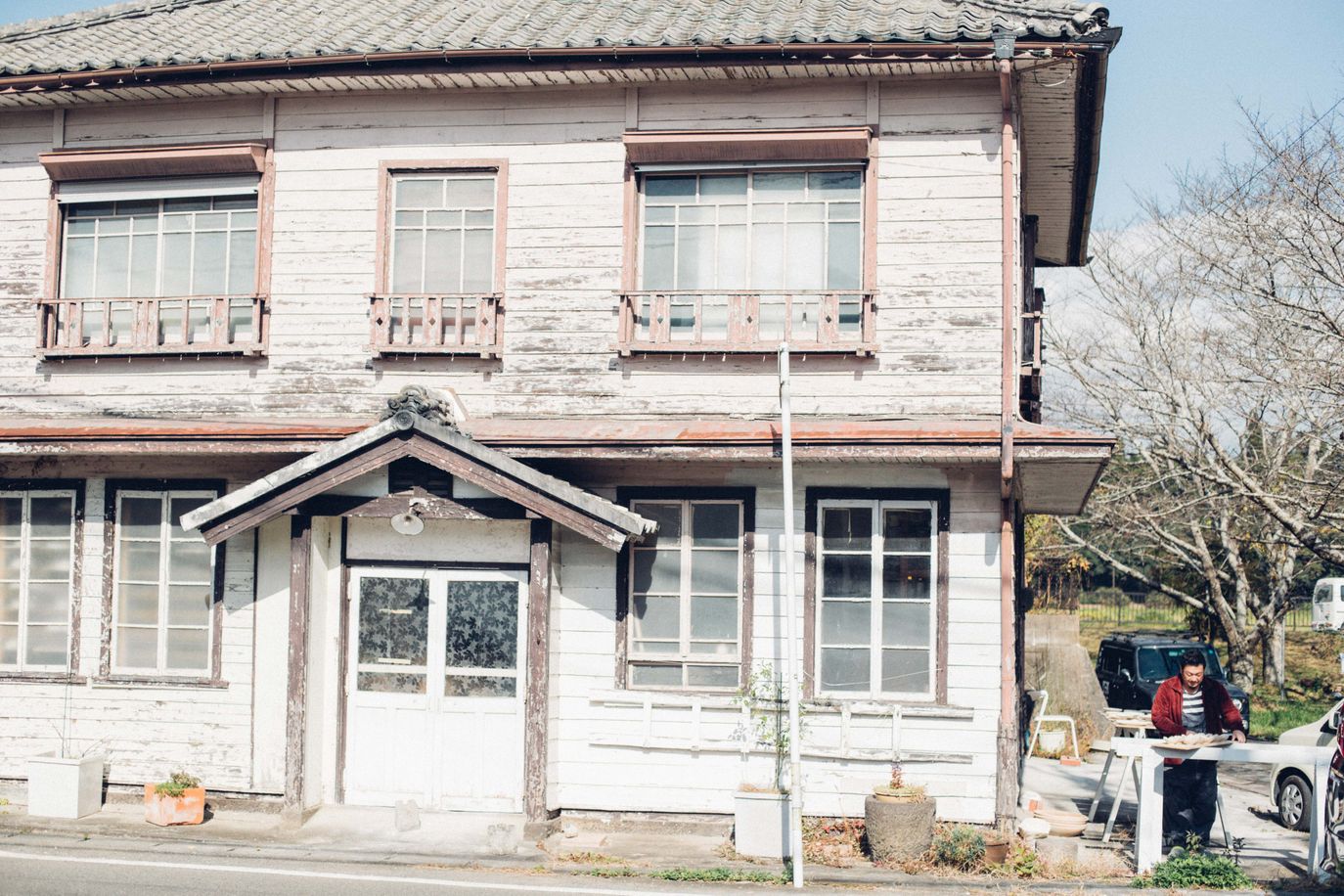 He tells me how they (him & his in-house artists) draw inspiration for their new series “rinka” from past traditional craftsmen who produced work with a round, flower-like shape and natural forms and materials. Think lotus flower teacups, chrysanthemum-shaped plates, and cherry blossom bowls. 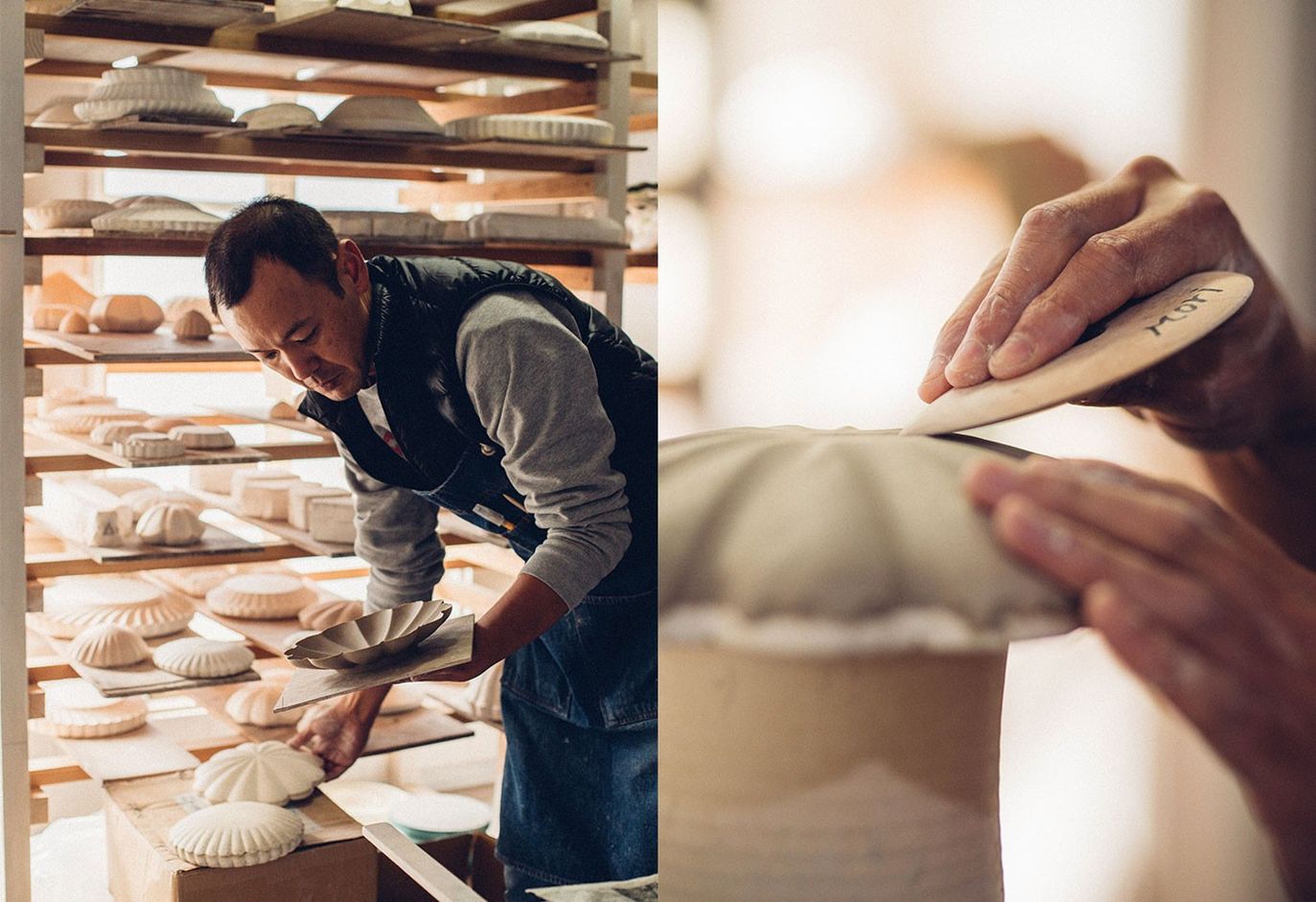 He says “a dish is the frame for the food that is served upon it” and when your ingredients are harvested from rich oceans and mountains you want to make sure they receive the centre stage they deserve, and Mr. Usami’s work certainly gets a standing ovation from me. 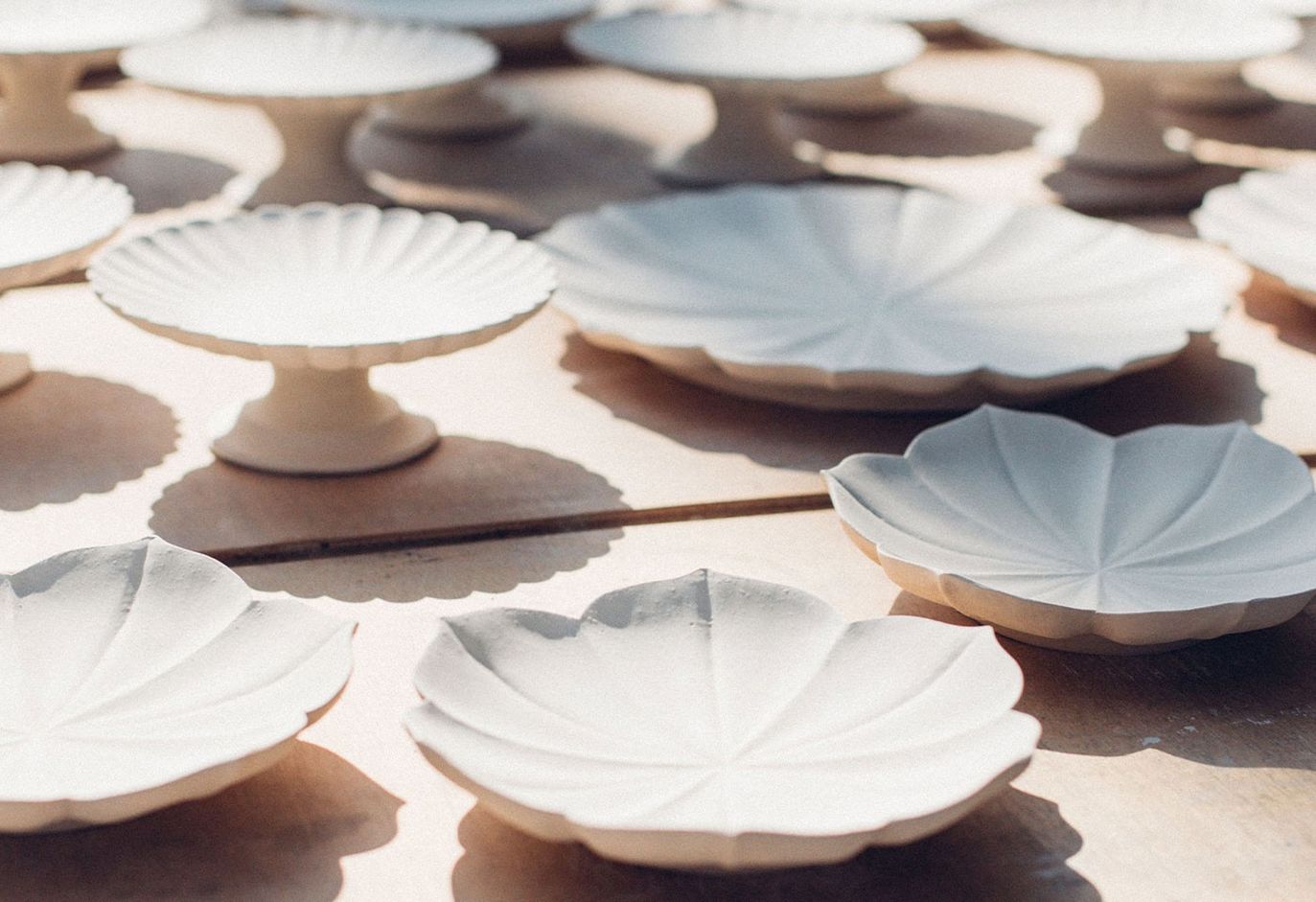 All the talk about celebrating beautiful food had my stomach slightly grumbling underneath the hum of Mr. Usami’s pottery wheel and thank goodness for Japan’s knack for frequent tea breaks, because with every tea break I was to learn, came with tea cake.

I was lead down a tiny street opposite the studio where we met the lovely owner of a famous sweet shop called Koushin-do where I was about to meet the future love of my life; the Dorayaki cake. For anyone who has a sweet tooth and has been to Japan, you will have certainly come into contact with the humble Dorayaki cake. Two pancake-like patties encasing a sweet azuki bean paste and warmed to mouth-watering perfection. Of course, I needed to get a closer look behind the scenes at the evolution of these heavenly morsels so the owners invited me back to document this divine creation with my camera and although I had every intention of copying this recipe when I got home (because how was I going to live without Dorayaki in my life?!) I have never been able to recreate them here at home. 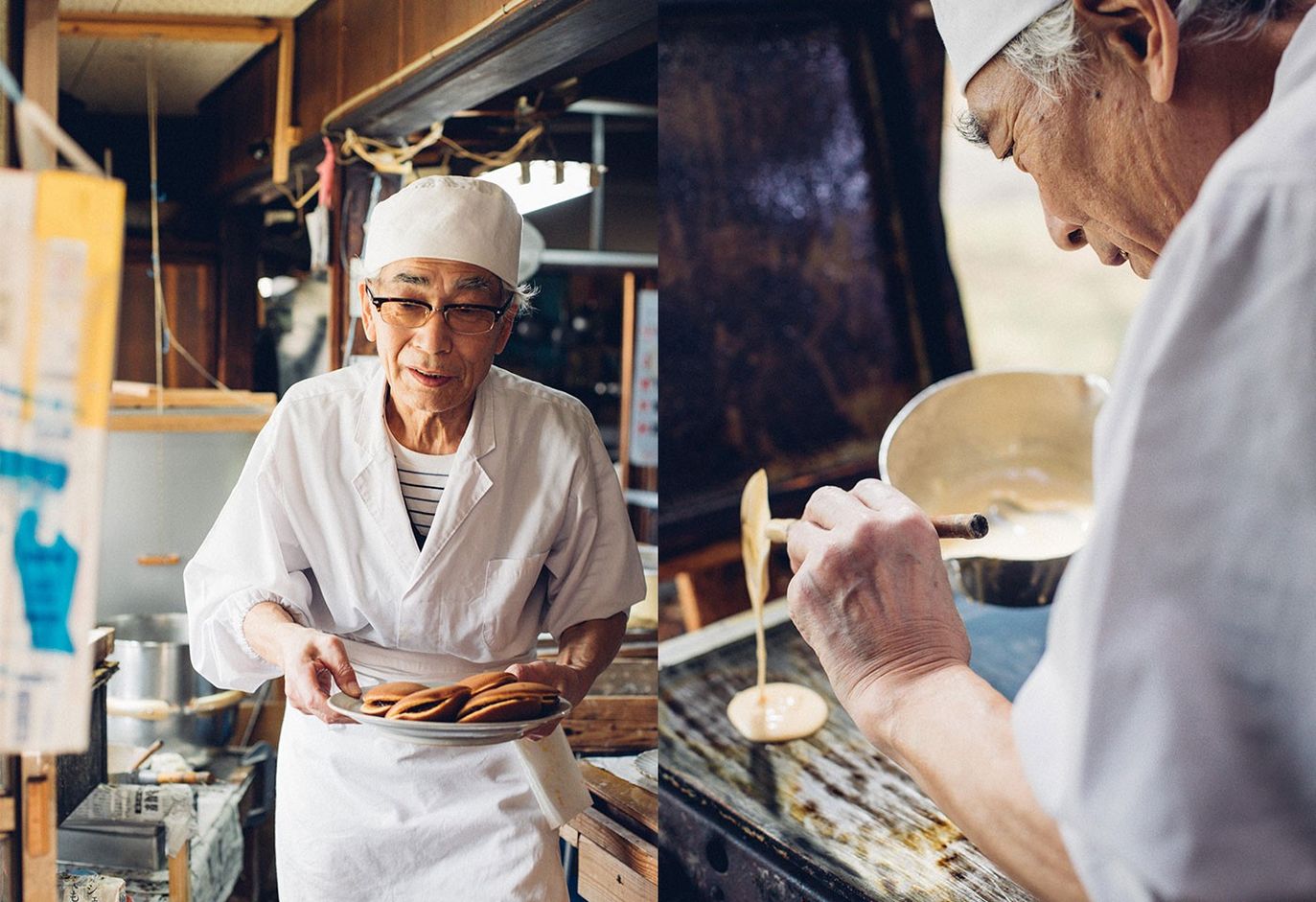 My host Yuko, must have picked up on my sadness on leaving the Dorayaki cake house behind so she swept me away to a countryside guest house called Yukimiso for a wonderful Onsen experience set among the rolling Japanese hills.

In New Zealand, an incredible act of hospitality shown is called “manaakitanga”, which is a principle based on mana, respect, and generosity towards your guests, and in Japanese culture, they have a term “omotenashi” which applies exactly the same principles.

The owner of the guest house greets me with tea from ‘her heart’, more cake, and lets me know with a wink that there is a private onsen for ‘beginners’ that I can lock and get used to bathing naked. I gladly accept the key for the beginner onsen and begin my journey into acceptably bathing naked in public in a foreign country. (To be continued..) 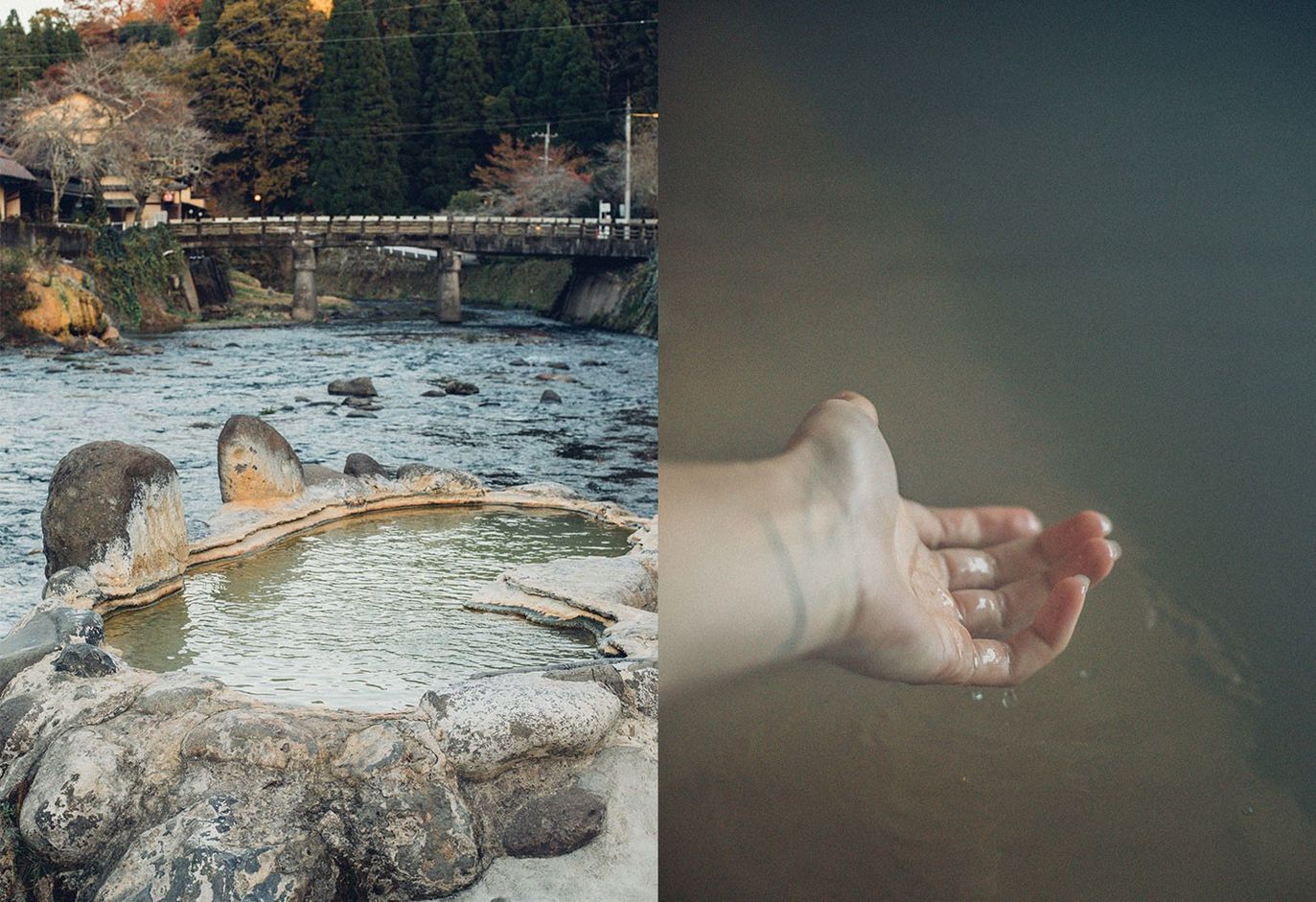 The next day I was taken on a guided adventure through one of Japans’ most beautiful forest walks through the Fujikawache gorge with a local guide named Katsufumi Kudo, whom I fondly named Mowgli as he knew the forest like he had grown up there (he had).

As we weaved throughout the gorge passing through braided streams and native plants Katsufumi pulled up next to the river with his backpack and portable cooker for a quick pit-stop of locally grown Shitake mushrooms and tea, and you guessed it – cake. The [14] dappled light coming in from the low afternoon sun was a photographer's dream and I’m happy I brought both lenses with me; the EF 16-35mm f/2.8L III USM was great for capturing the wider scenes [13] and my trusty EF 50mm f/1.8 STM was perfect for the intimate macro moments where I needed depth. 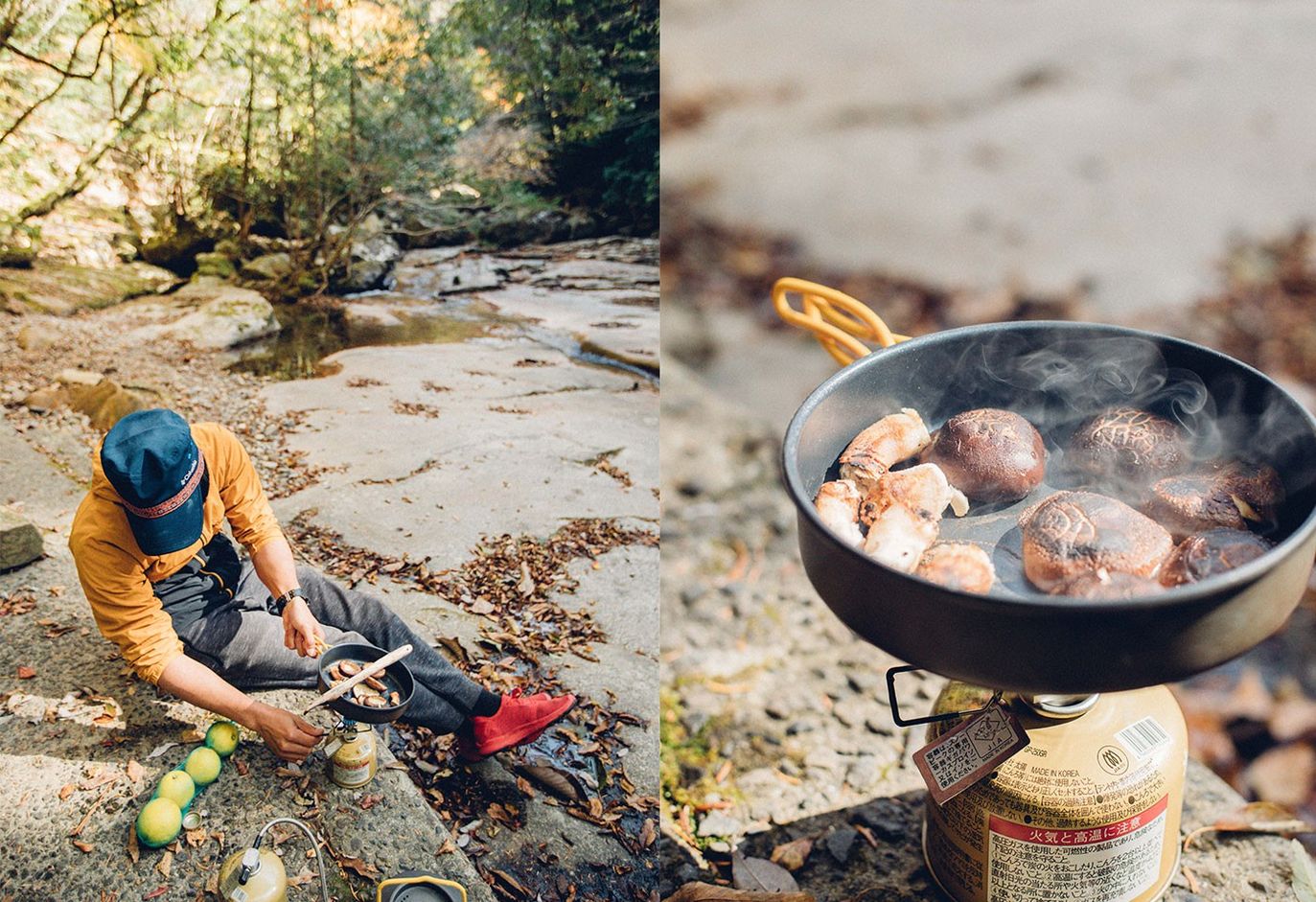 Although I had intentionally brought my underwater housing along for my EOS 1Dx Mark II I decided against climbing into the icy-cold streams without company and instead enjoyed the view from the forest path with my belly full of warm Shitake ‘shrooms.

The next stop was one where the tourists aren’t allowed yet; the local swordsmith. I felt incredibly lucky to be invited in to watch this age-old tradition of Mr. K ( we aren’t allowed to publish his name yet as he is not open for tourism) crafting his samurai swords.

His studio was situated at the end of a dirt road, one that could have passed as a set of a Western movie complete with an abandoned petrol station, degrading tyres on the sidewalk and no civilisation for miles. 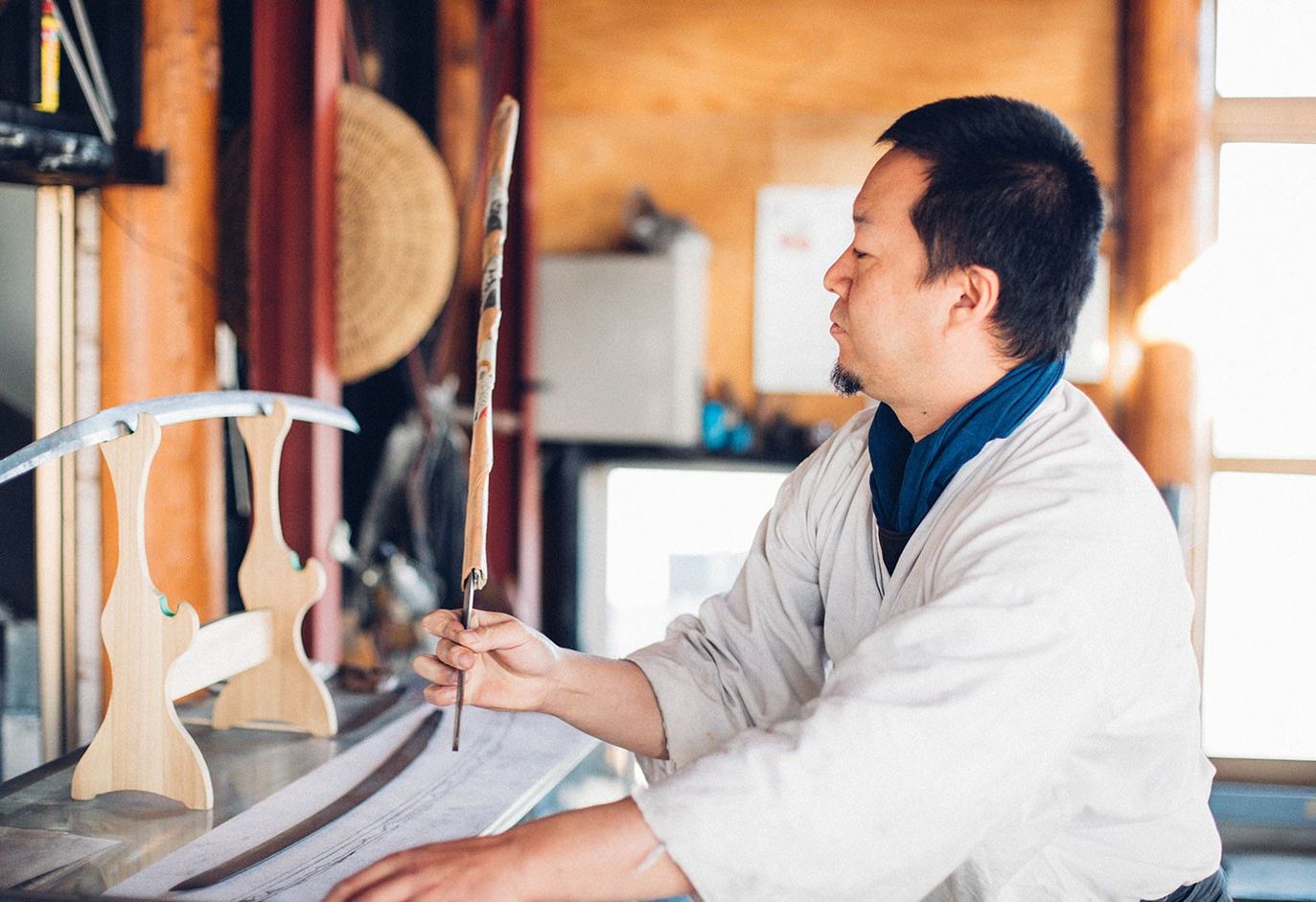 My translator accurately transcribed the traditional forging process as I watched and excitedly filmed, and simultaneously tried to dodge stray sparks whenever I got too close to the fire as he carefully forged his samurai sword in front of us. 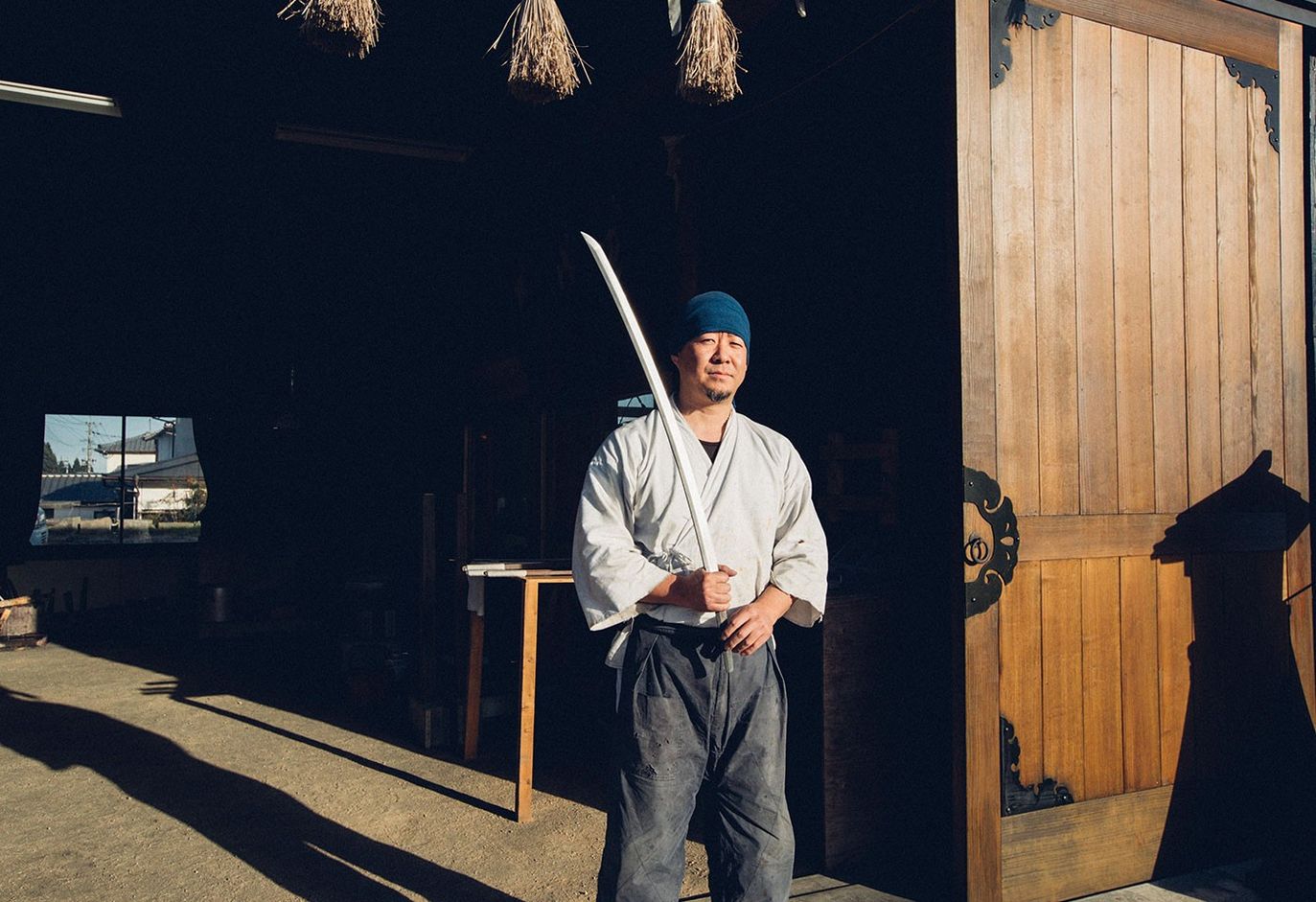 The billet is then elongated, cut, folded, and forge welded again. The steel can be folded transversely, (from front to back), or longitudinally, (from side to side). Often both folding directions are used to produce the desired grain pattern.[13] This process, called the shita-kitae, is repeated from 8 to as many as 16 times. After 20 foldings, (220, or 1,048,576 individual layers), there is too much diffusion in the carbon content. The steel becomes almost homogeneous in this respect, and the act of folding no longer gives any benefit to the steel.[14] Depending on the amount of carbon introduced, this process forms either the very hard steel for the edge (hagane) or the slightly less hardenable spring steel (kawagane) which is often used for the sides and the back.[13]

For my final evening in Japan, Yuko and I visited the night markets as part of the annual Chikuraku (Bamboo festival) which is a famous three-day event held each year in Oita. When the sun sets, 20,000 bamboo lanterns are lit up in a charming castle town to create a fantastic world. Live music, the stalls of a yatai village, and regional cuisine can be enjoyed in several locations in the castle town. 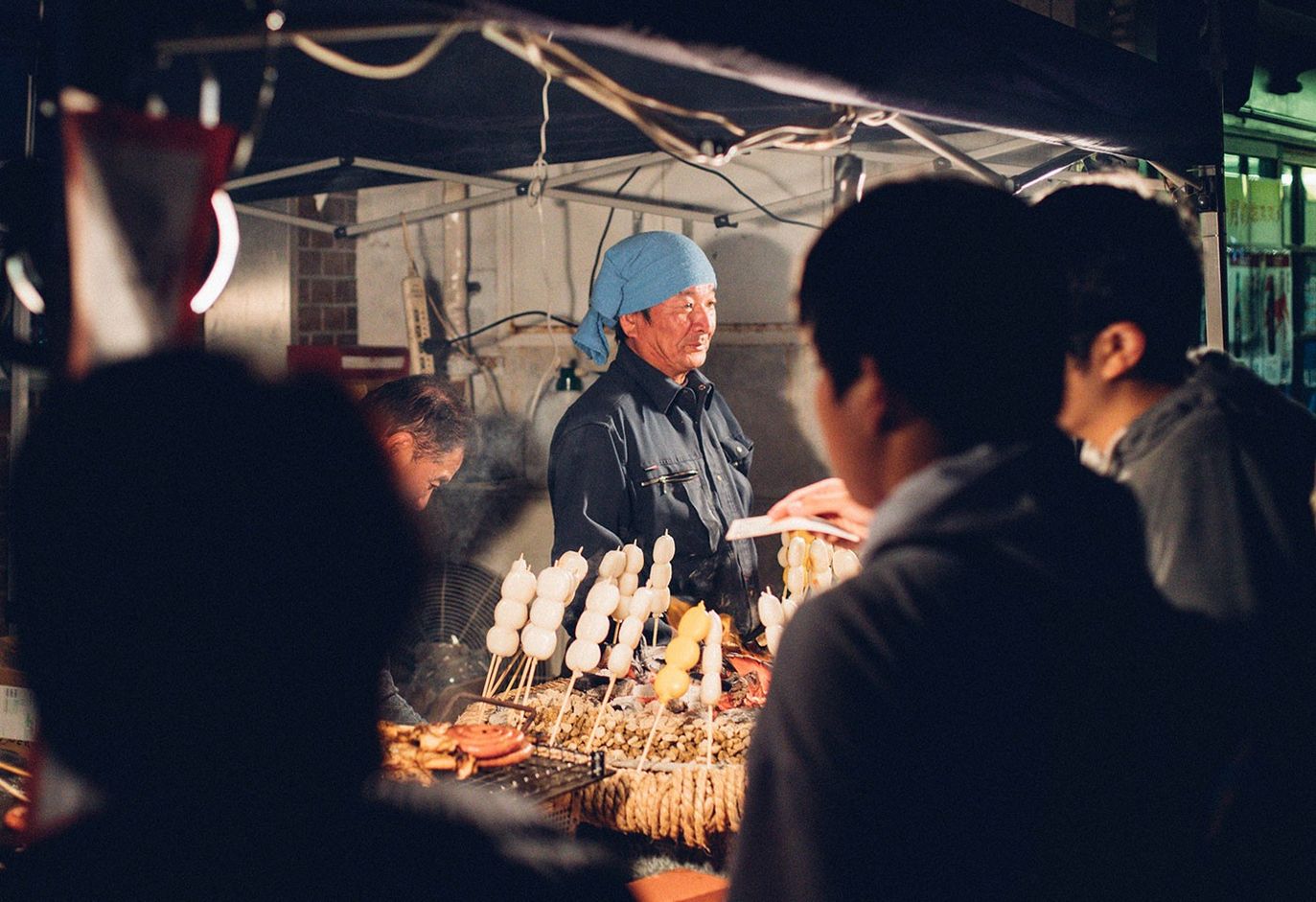 Stallholders from all corners come together to sell their sweet treats/art/cuisine/objects to the hundreds of thousands of people who come to Oita for the festival. I couldn’t think of a more perfect way to end my journey through this beautiful corner of Japan; a belly full of everything I could fit (mostly the tempura chicken & obviously several Dorayaki cakes), sweet local music floating in my ears and the luminescent marvel of the thousands of lit bamboo imprinting forever on my memory.

Oita, I love you x

Receive a collection of stories, tips and inspiration. 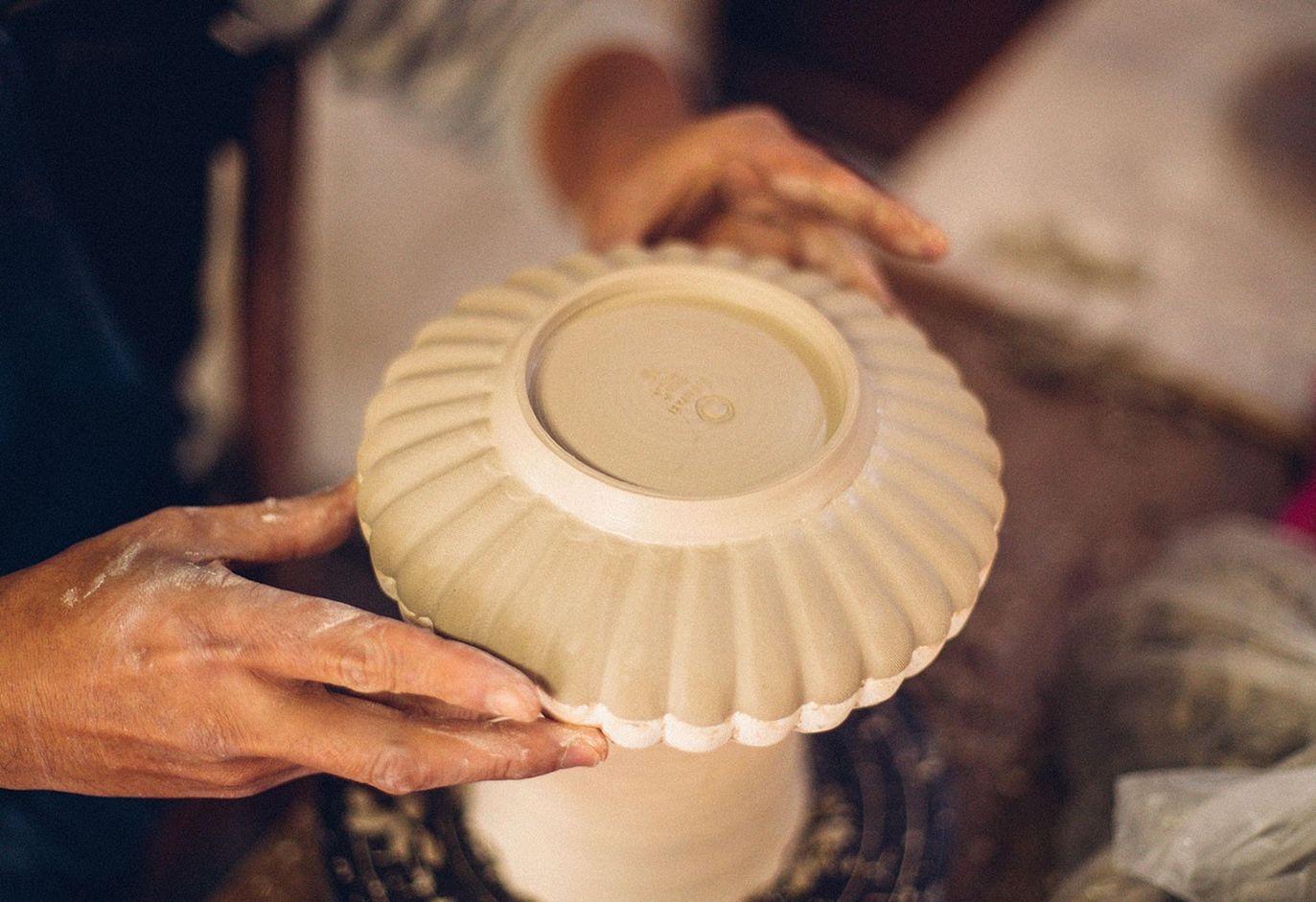 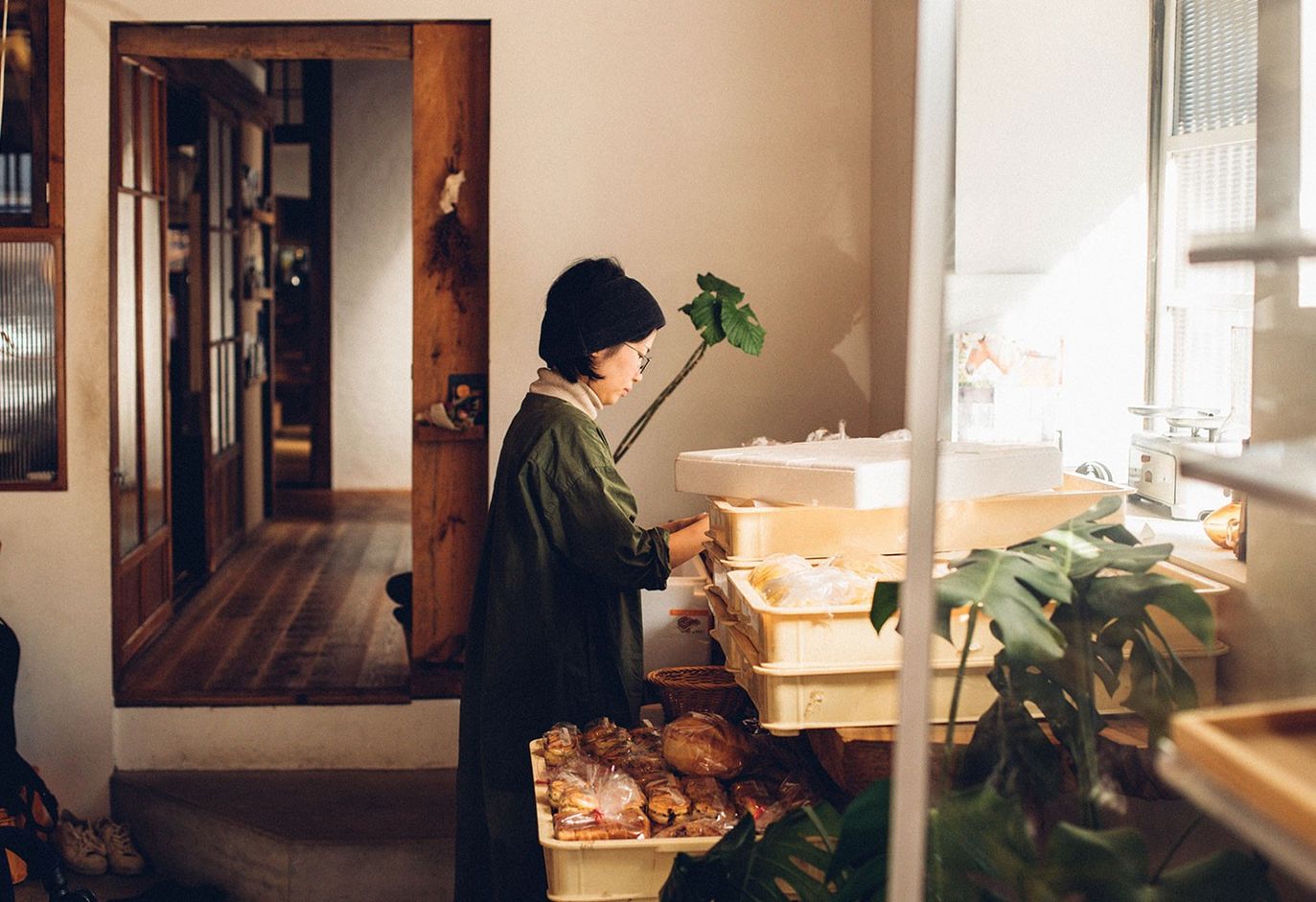 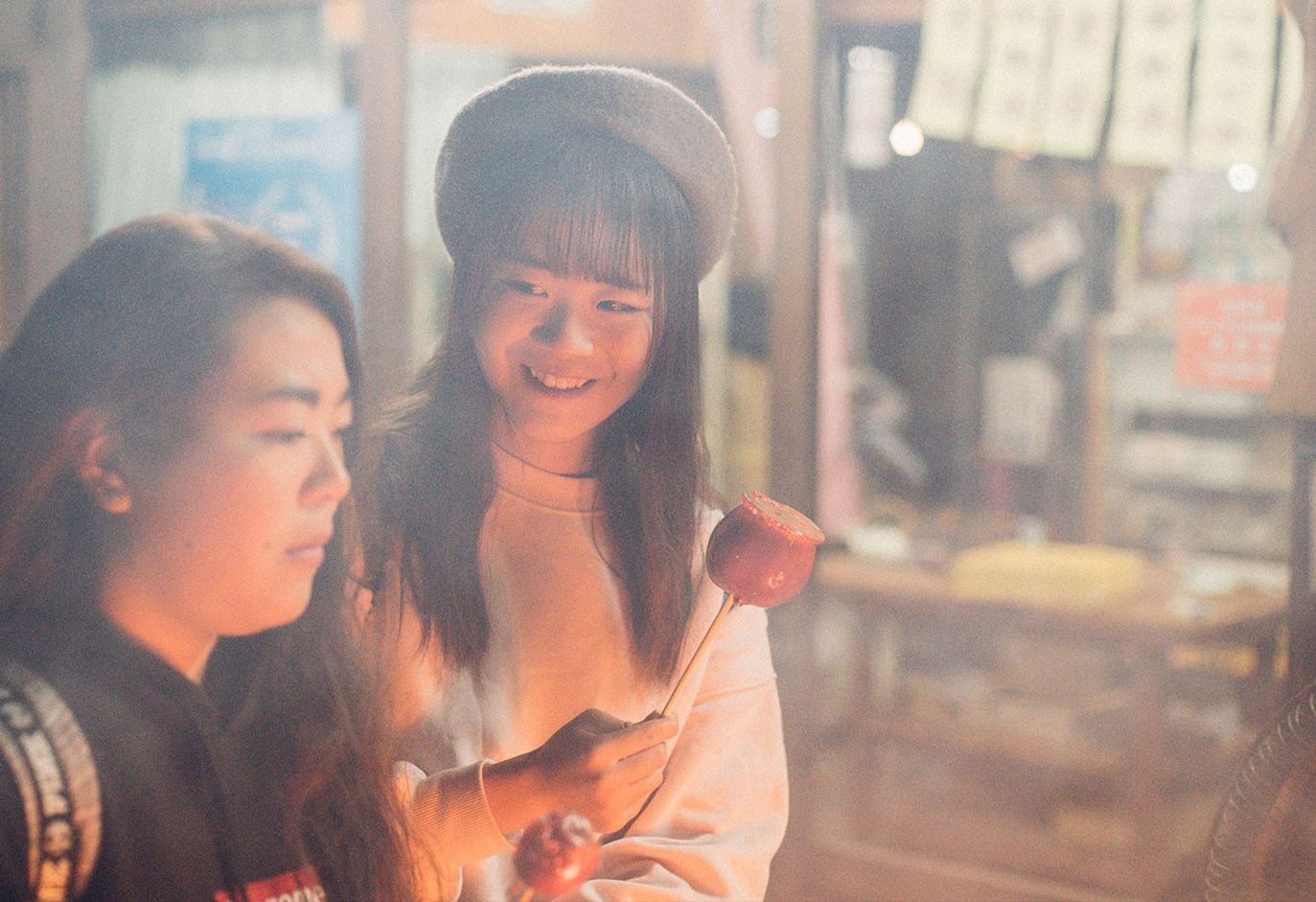 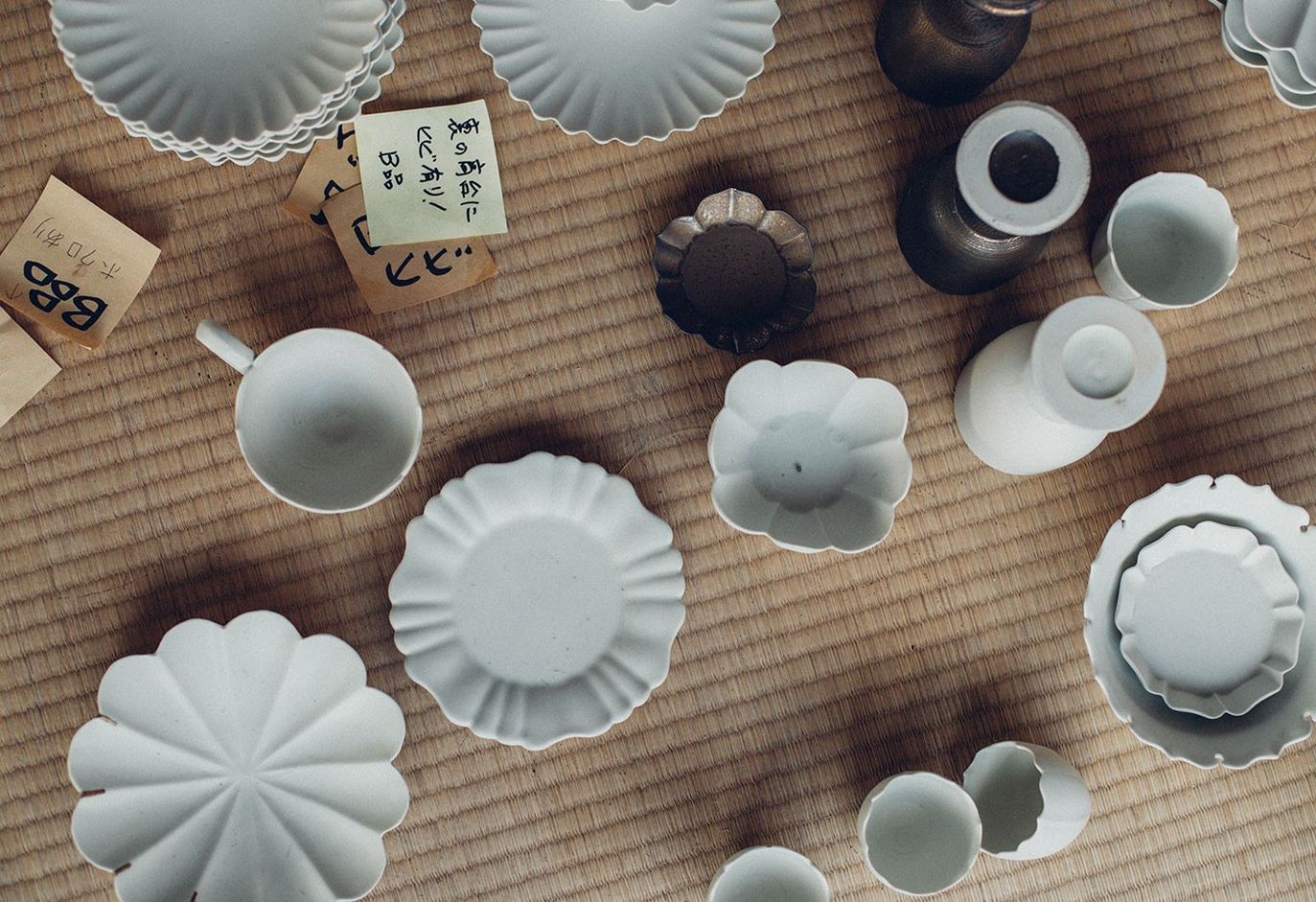 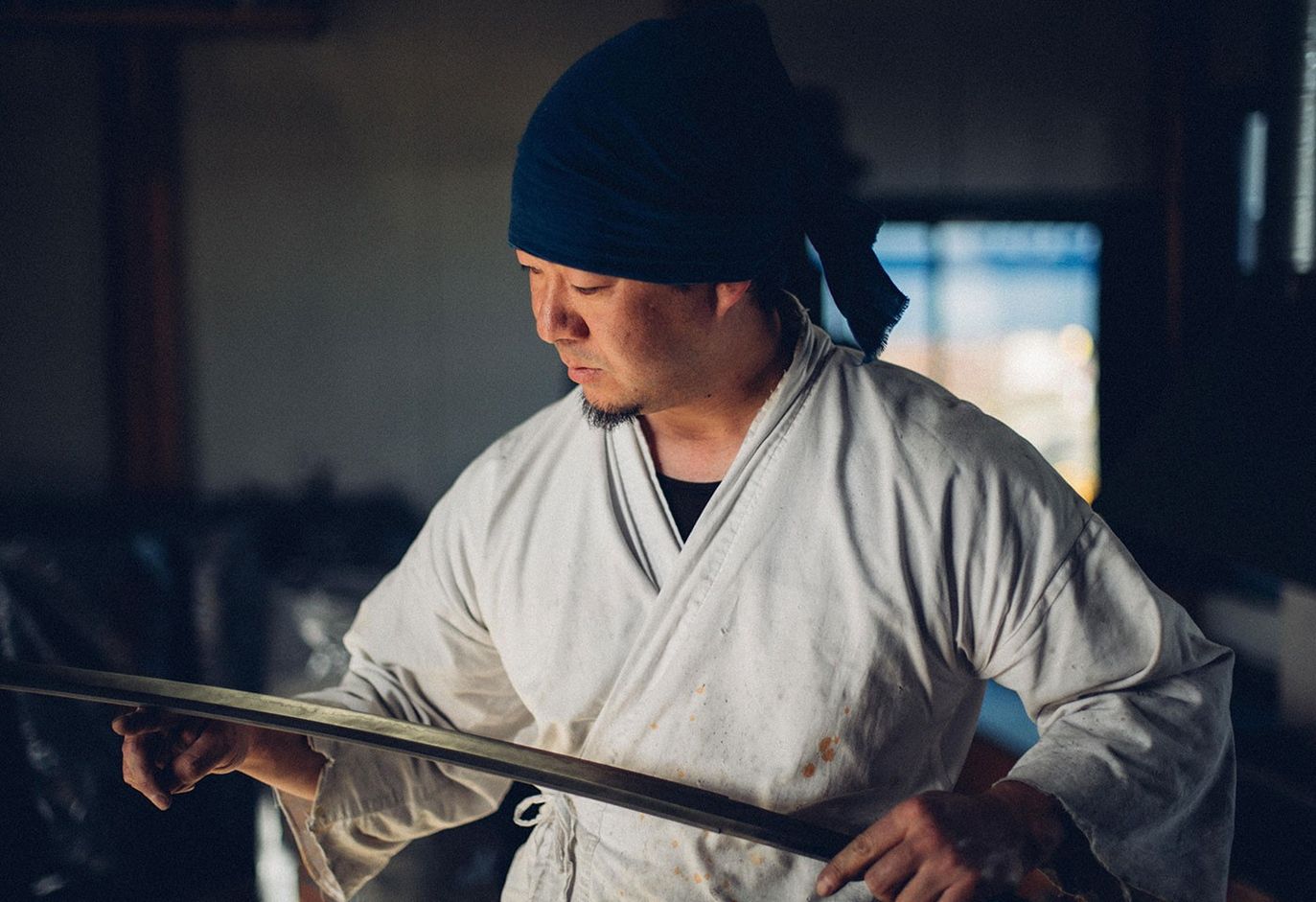 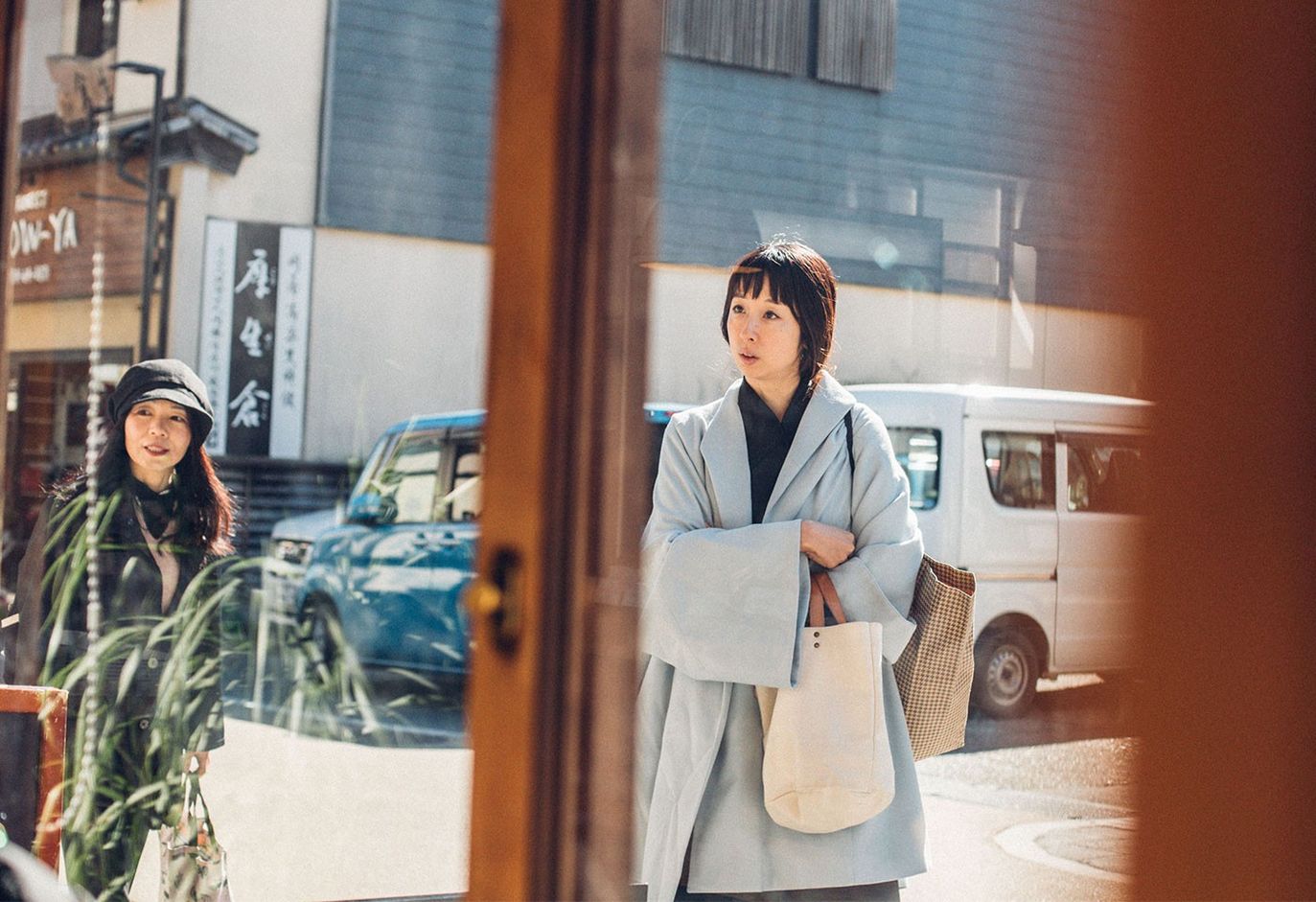 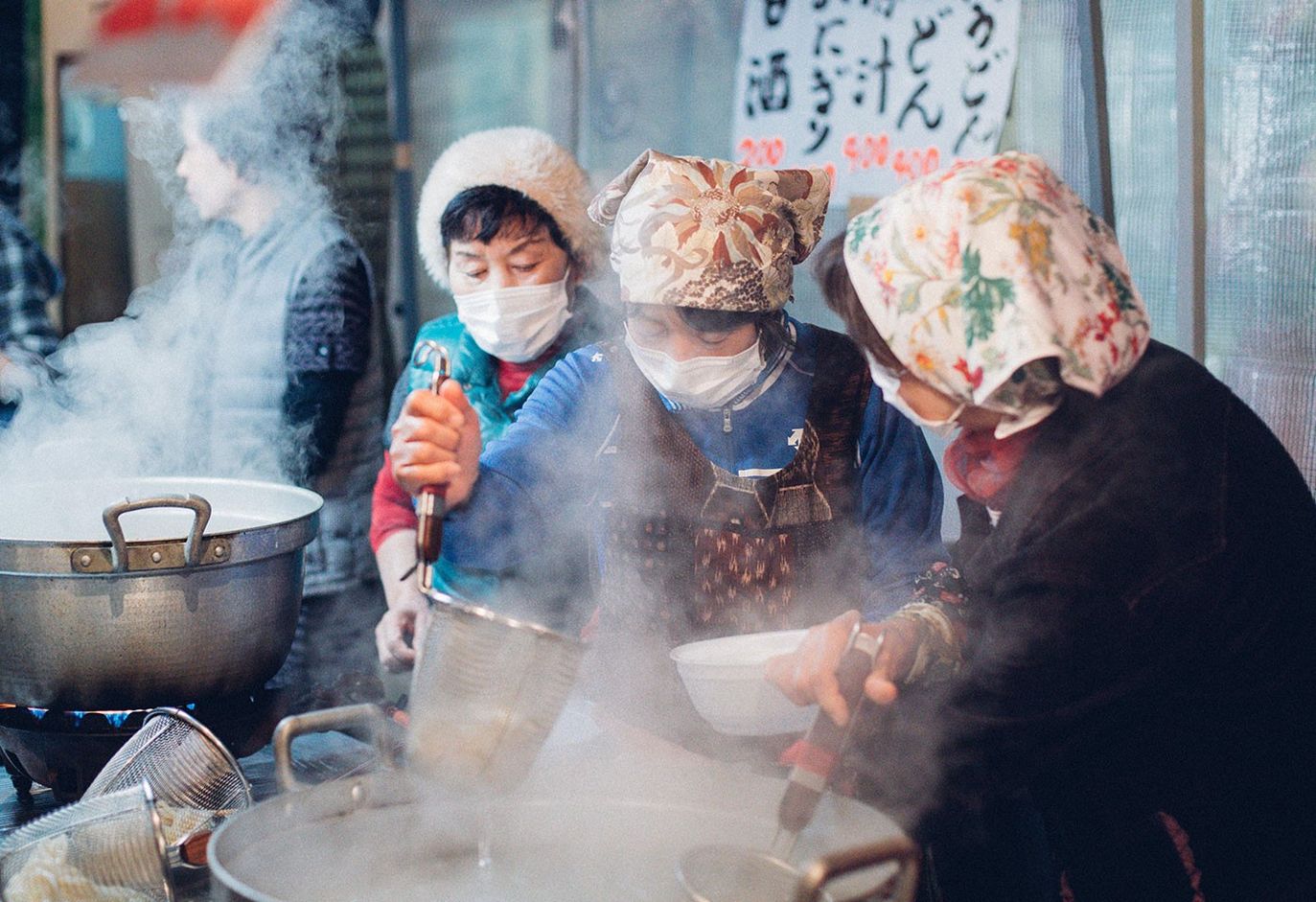 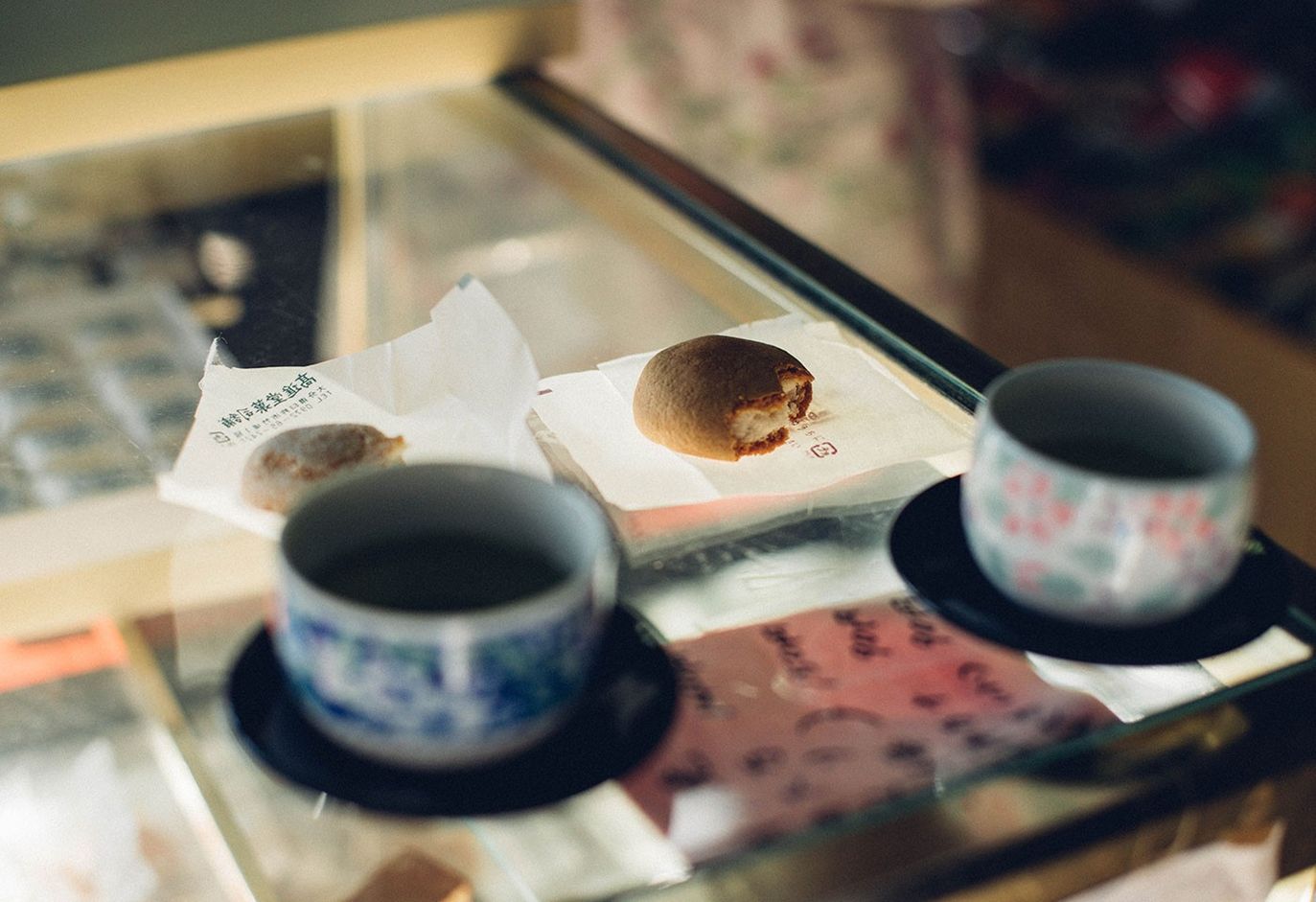 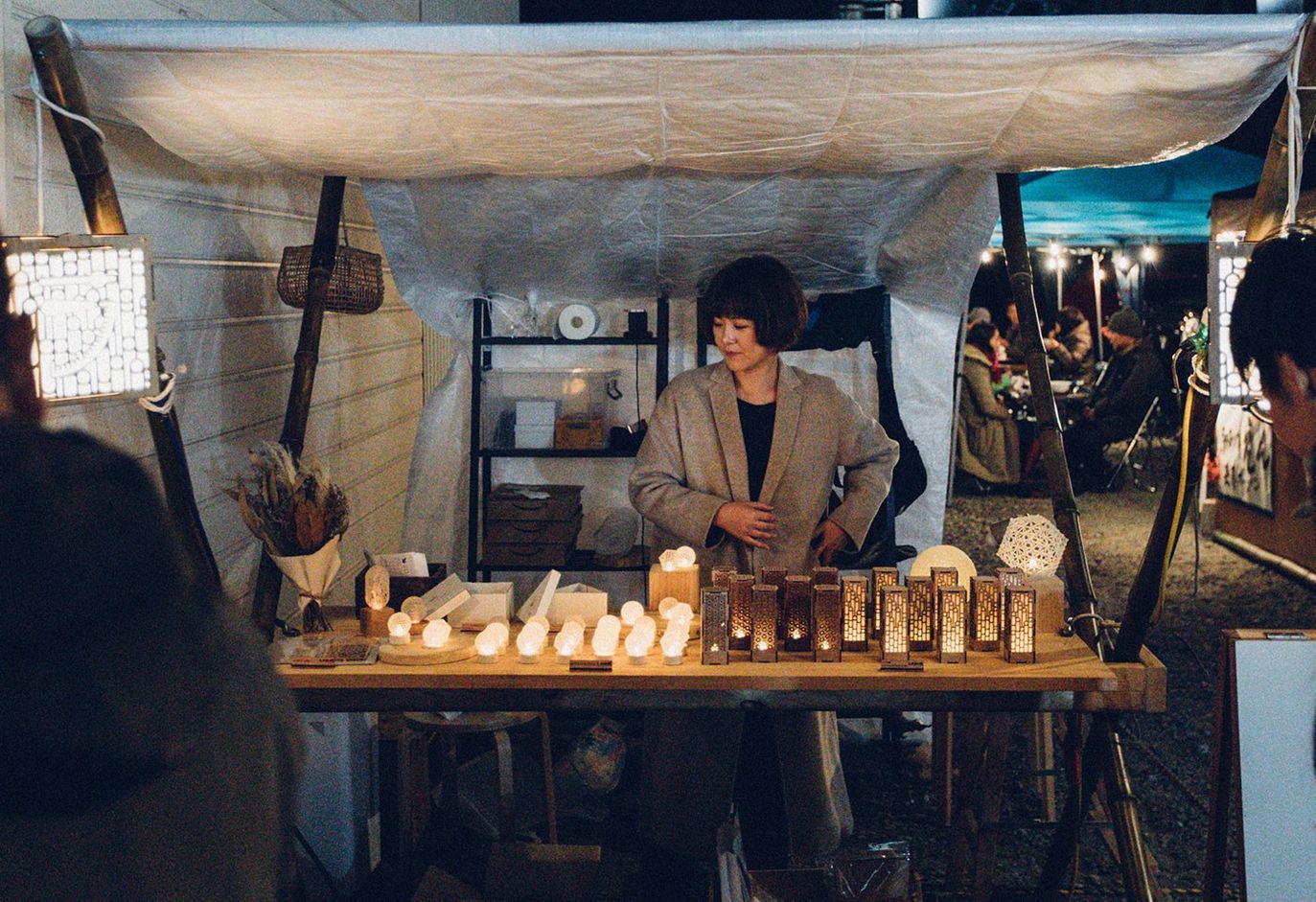 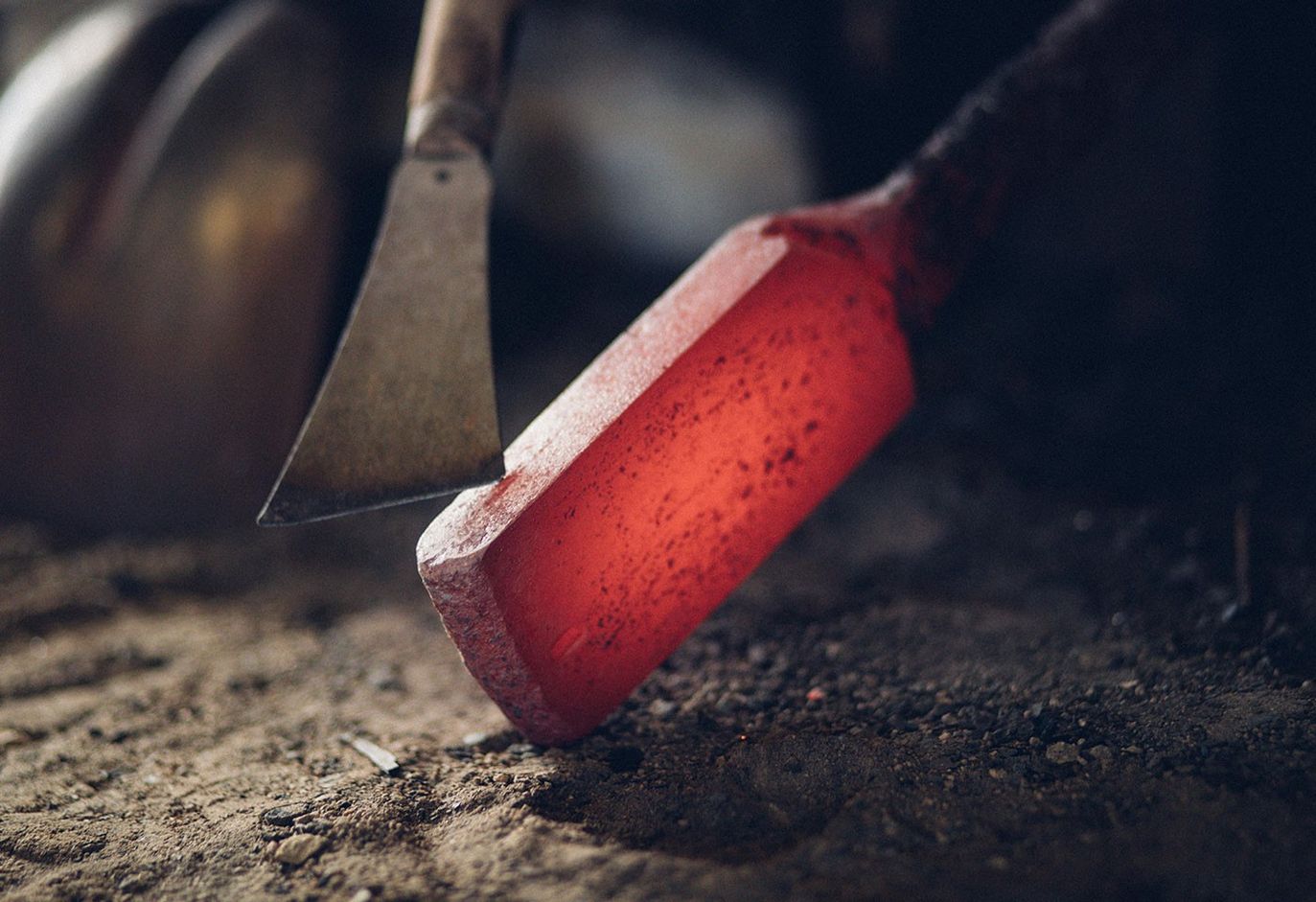 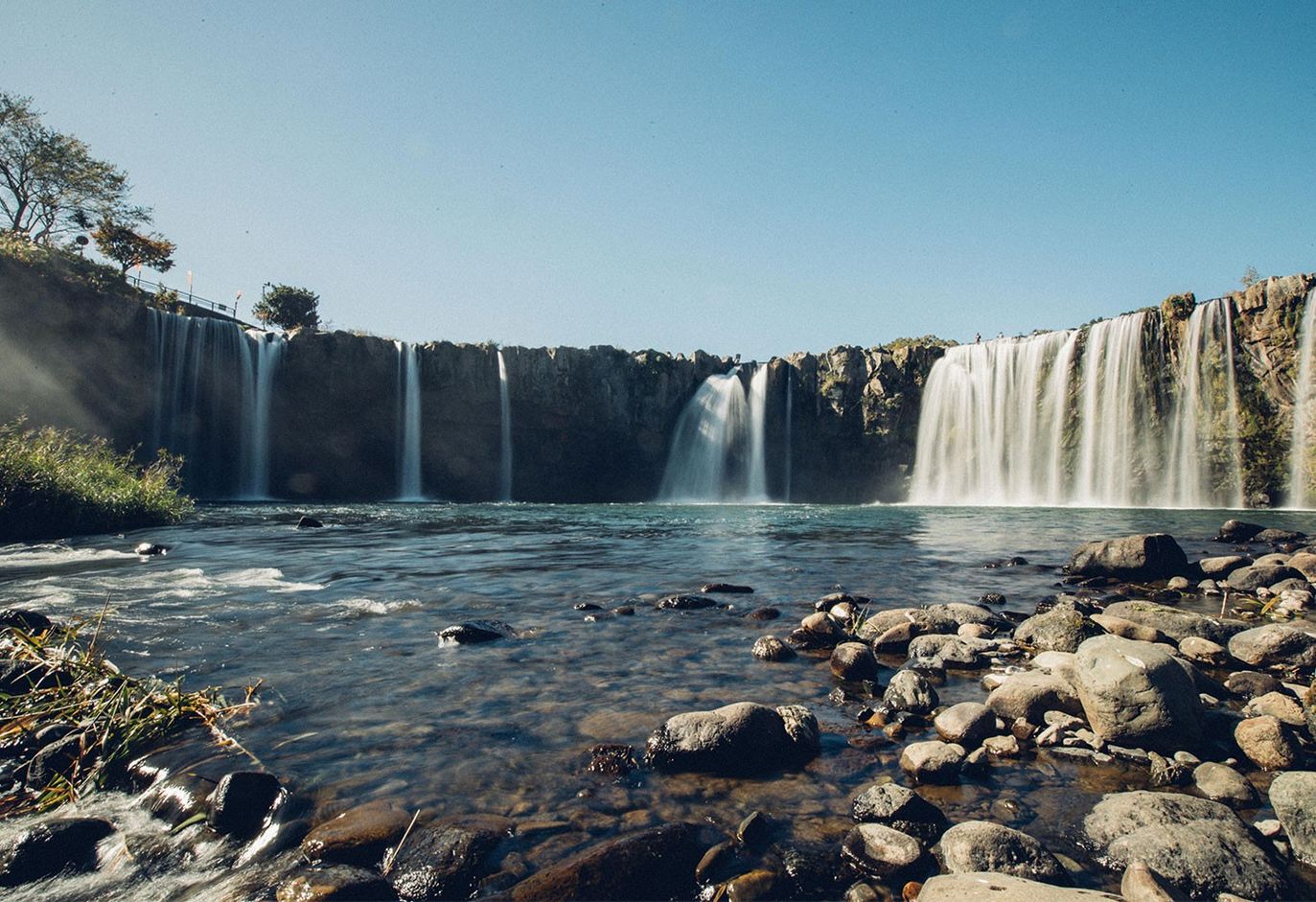 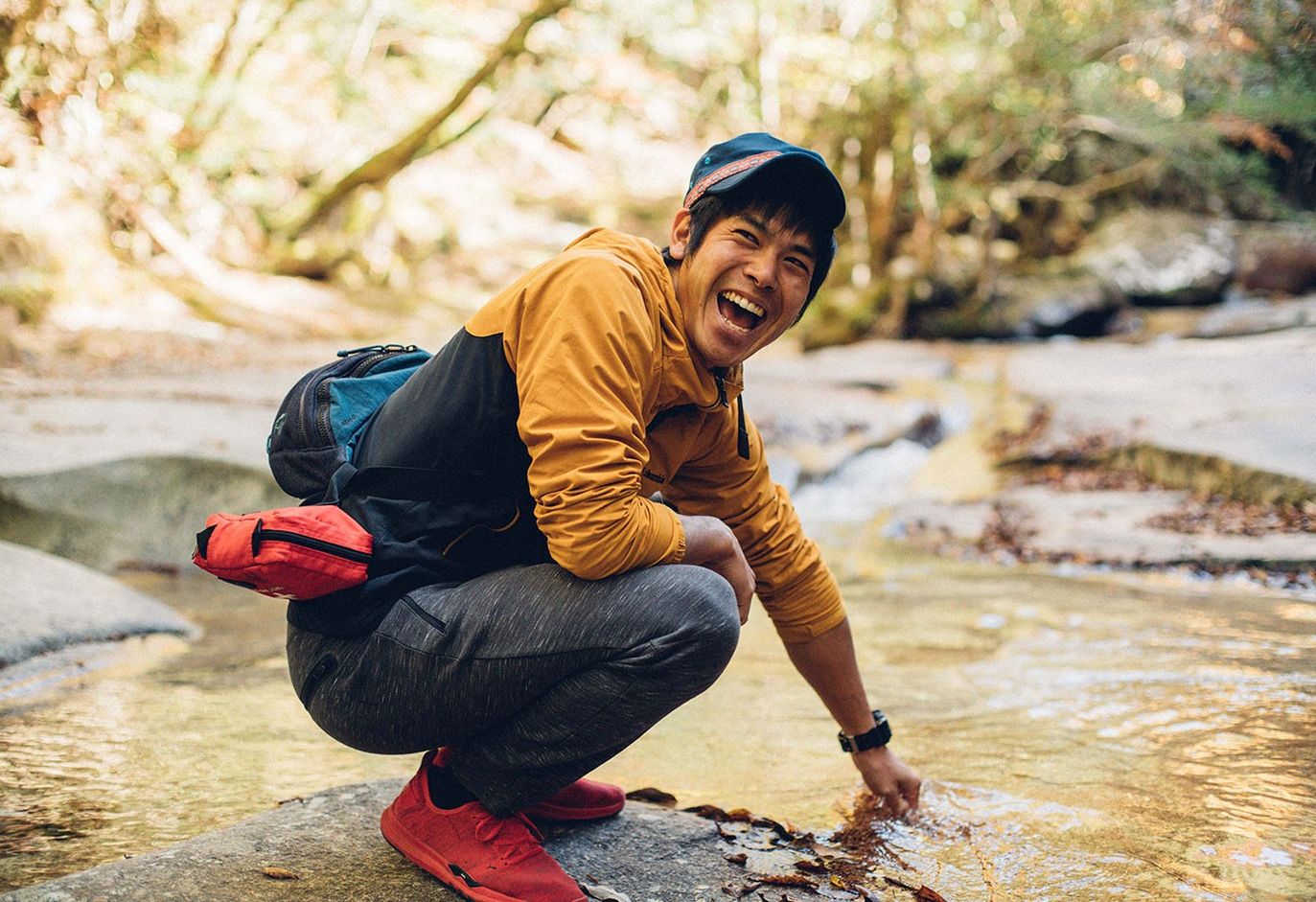 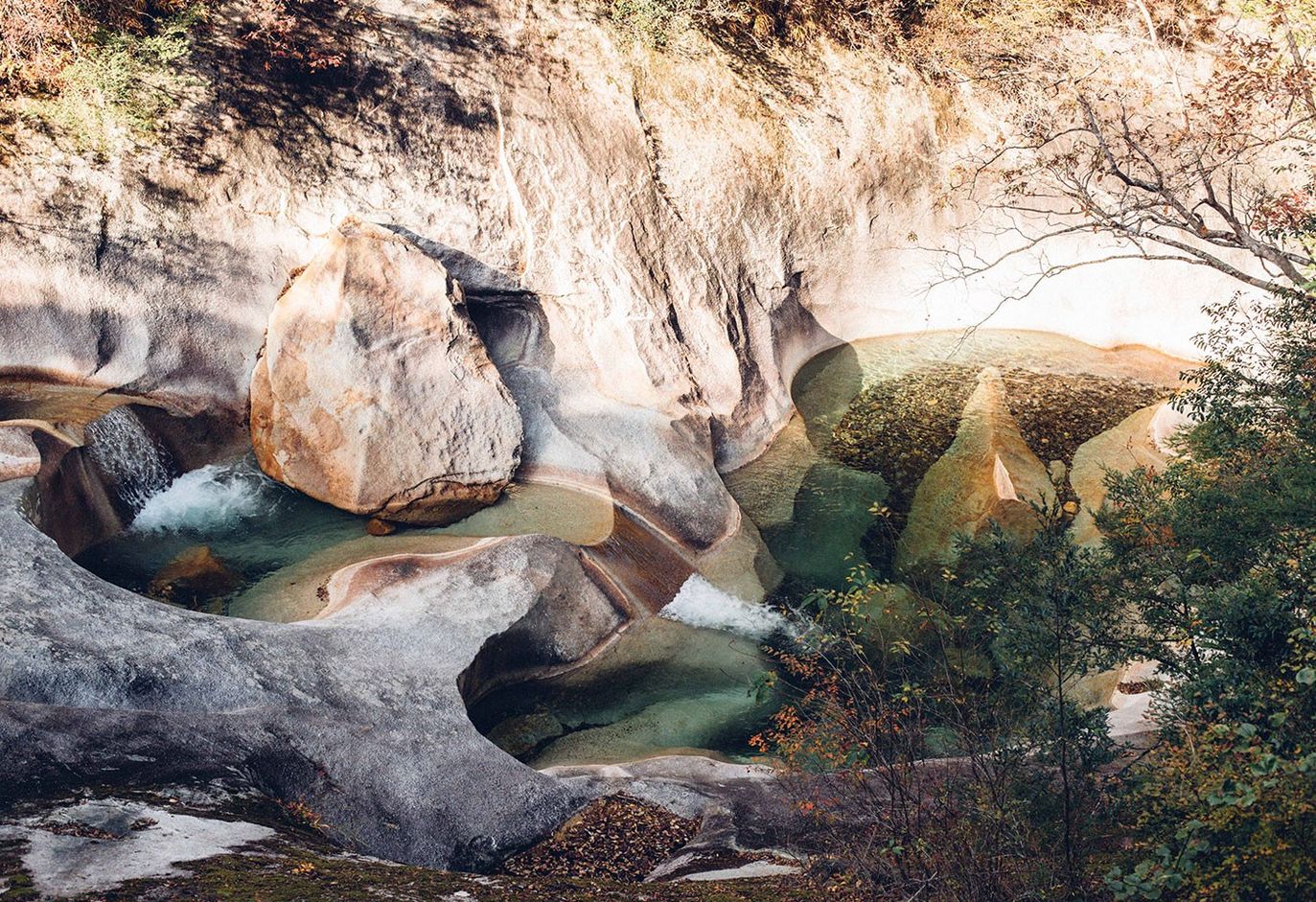 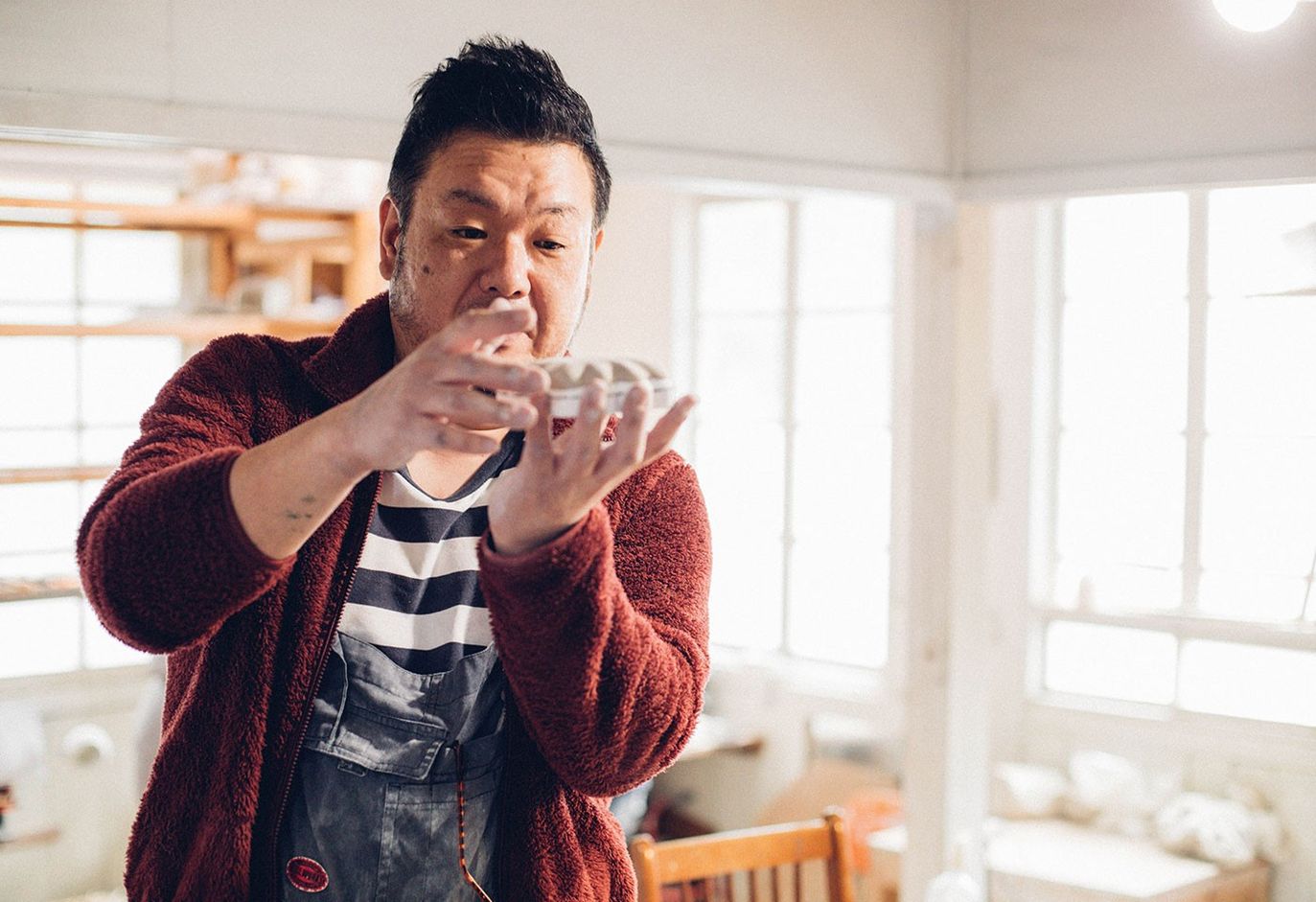 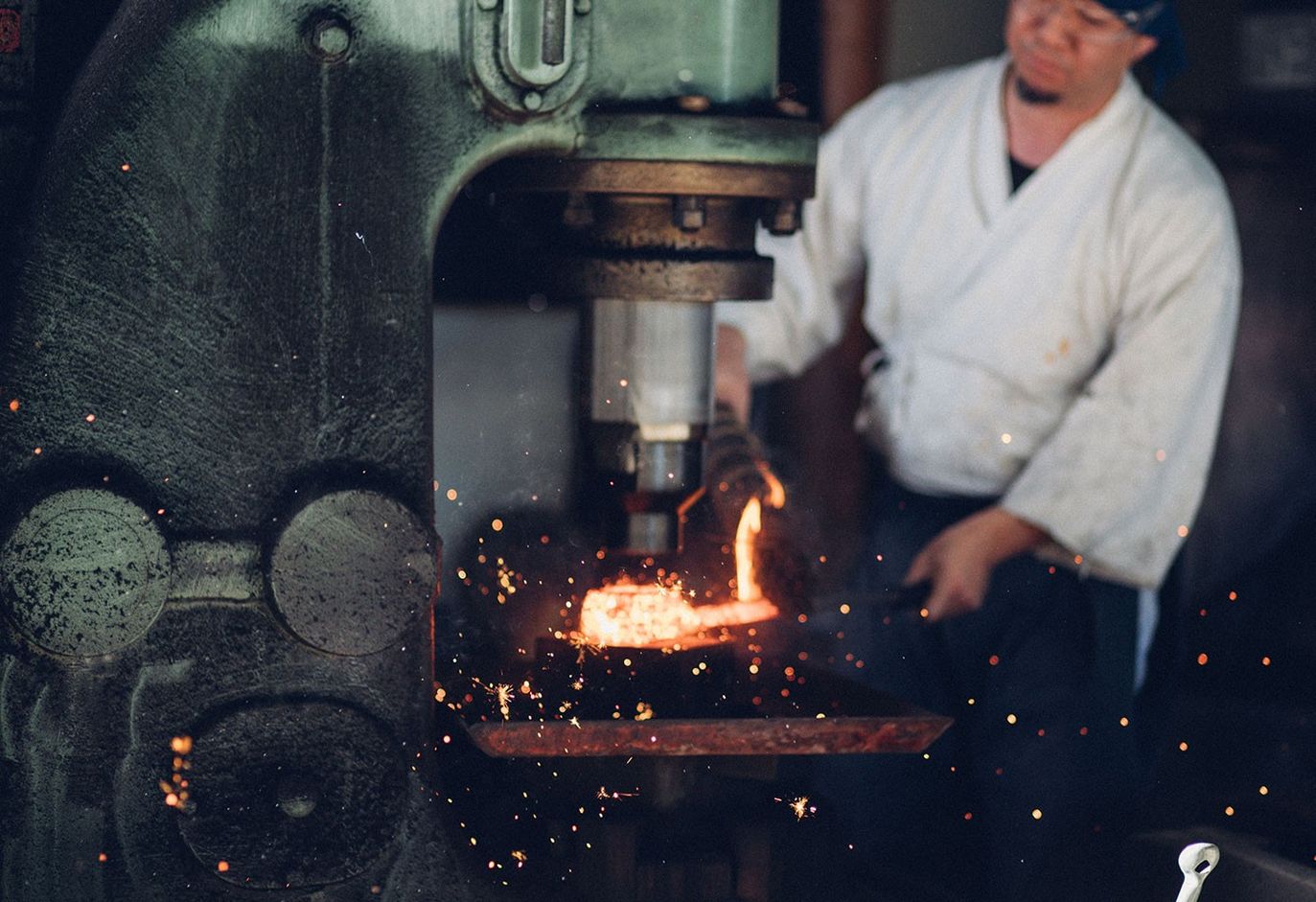 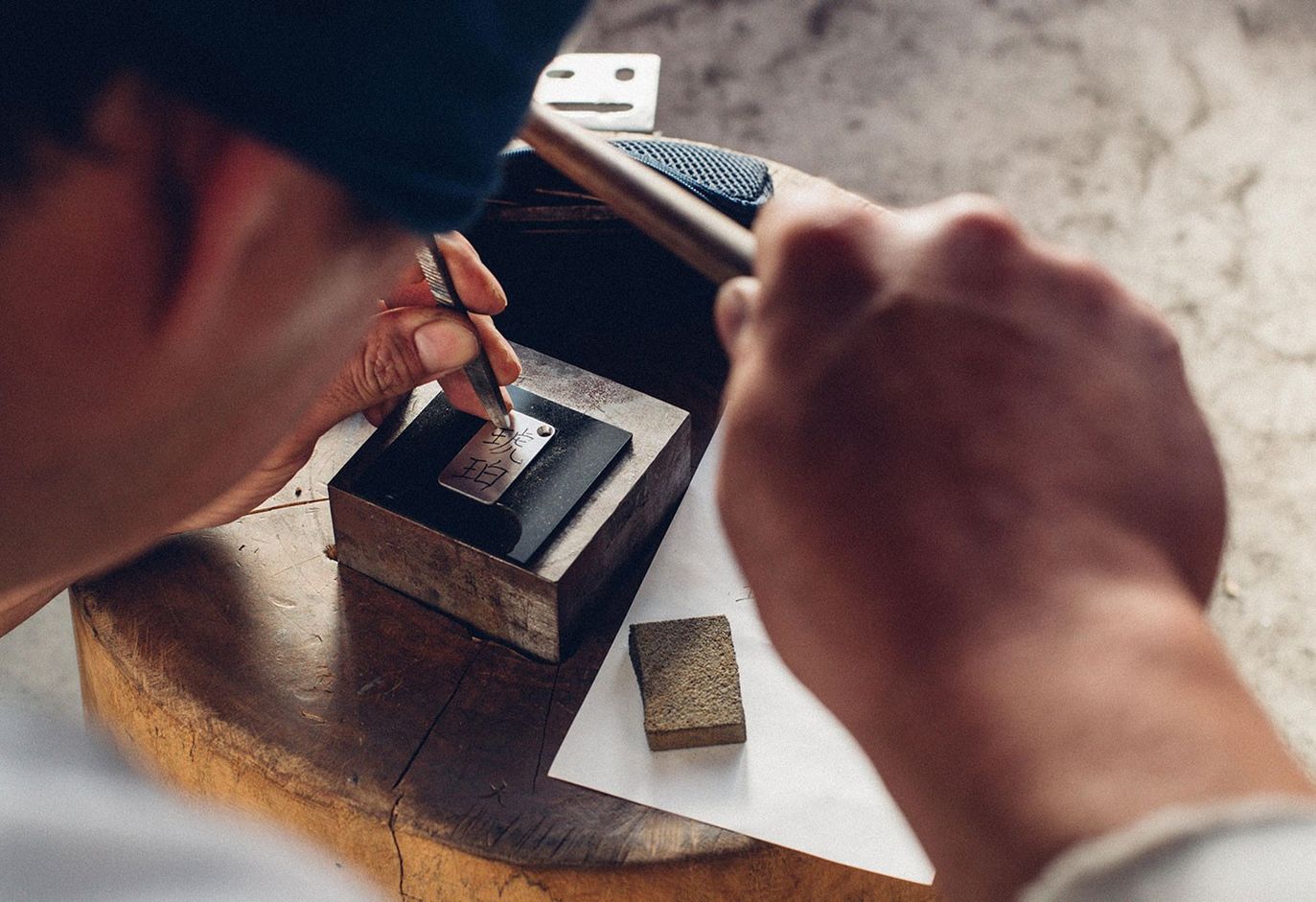 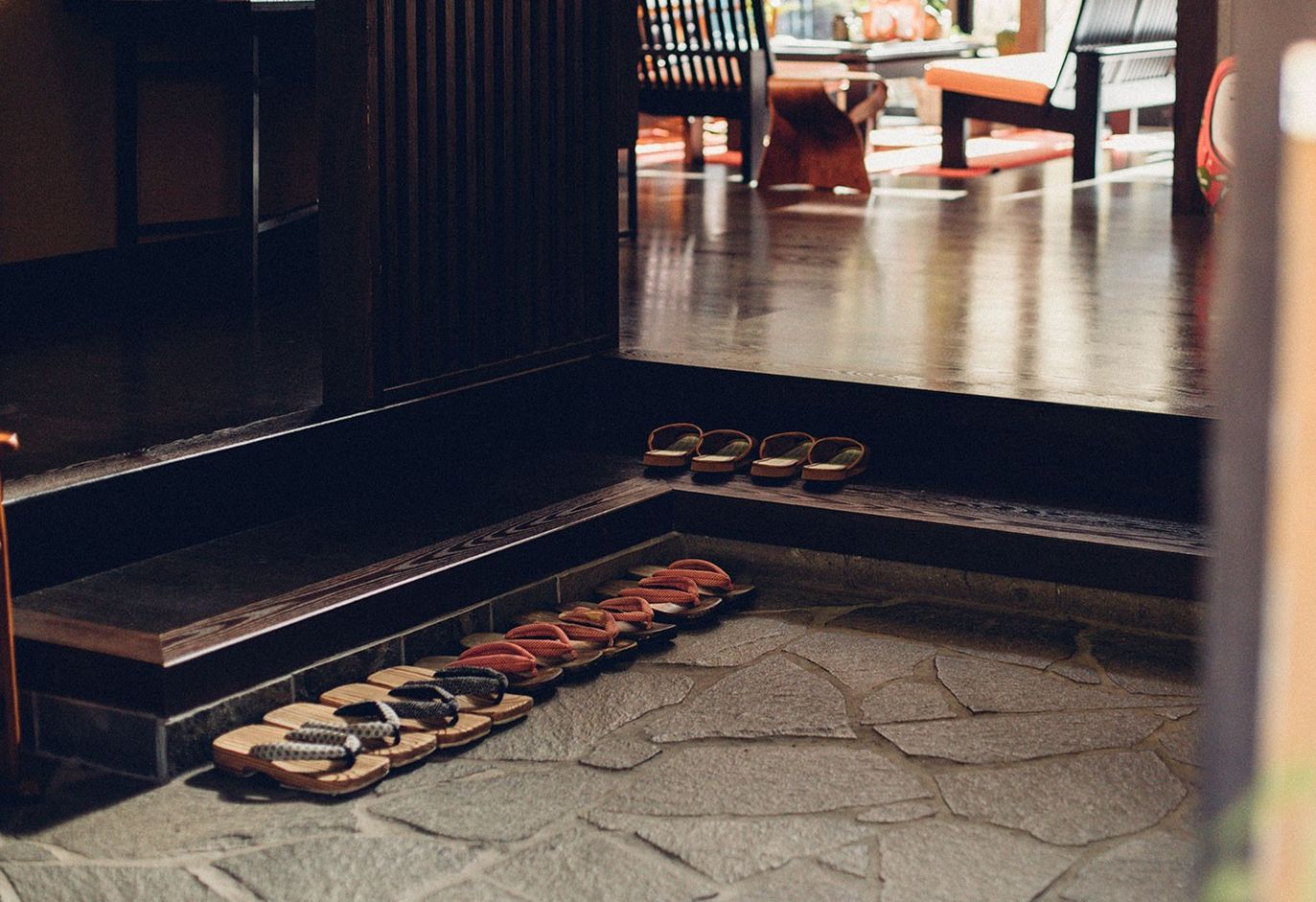 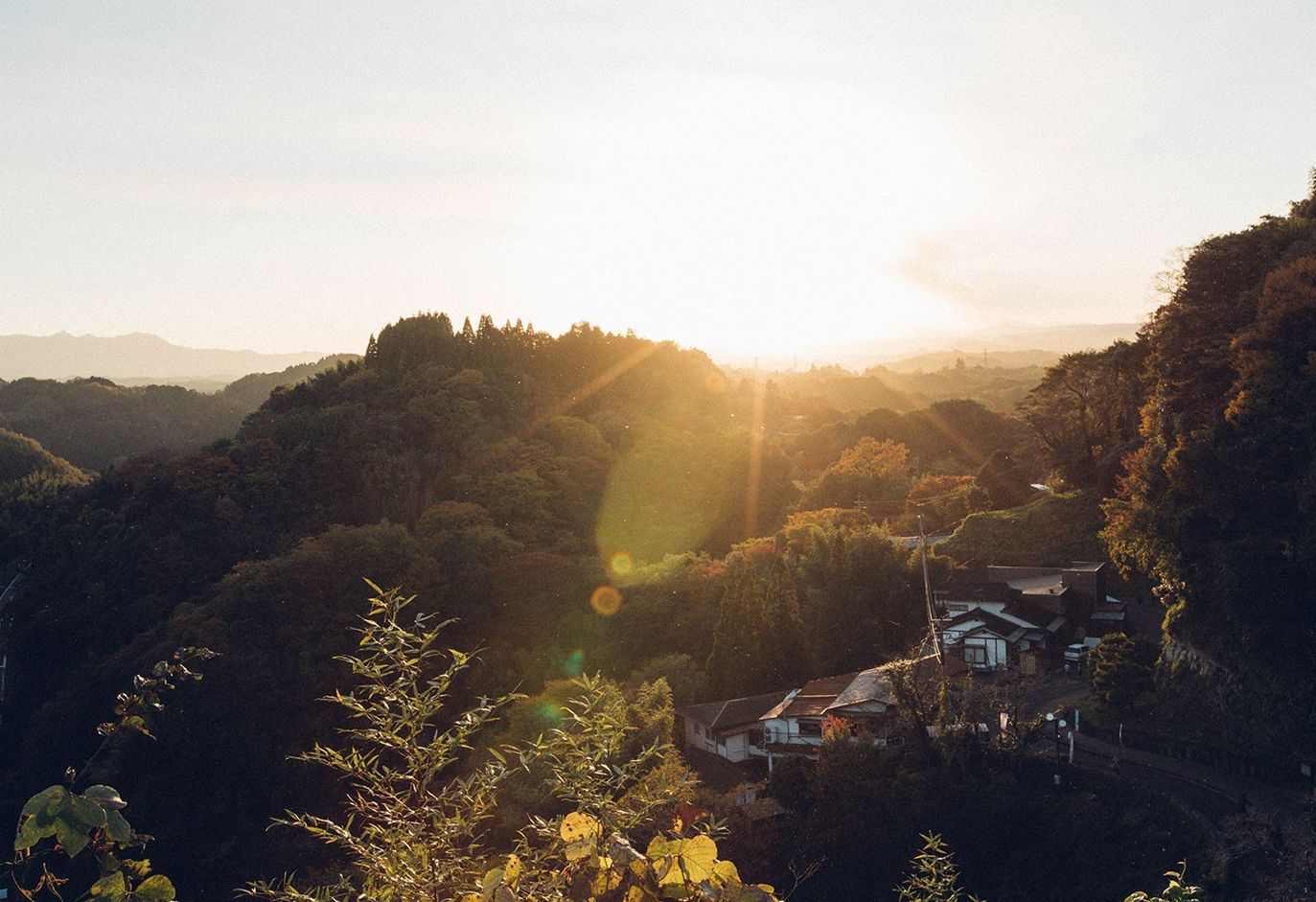