Professional Music Photographer Kane Hibberd has been shooting the biggest names in rock ’n’ roll for over a decade. Here he shares his concert photography tips, revealing everything from his equipment checklist to the techniques he uses to get the most out of each and every gig

"I love creating an image that represents music, trying to capture the essence of a gig in a still photo"


Whether you simply want to capture better shots of your favourite musicians or are interested in becoming a music concert photographer yourself, this is everything you need to know.

As with all photo shoots it’s important to make sure all of your gear is well prepped. Remember that unlike other photography shoots, such as weddings or portraits, you won’t be able to stop the band while you run off to grab something you forgot.


Here’s how to prepare for a concert photograph shoot: As an experienced industry pro, Kane relies heavily on a core set of gear. He uses a Canon 1DX Mark II body with a 70 to 200 mm lens. He also has a second body with a 16 to 35 mm lens to shoot wide angles. Having two cameras ready to go at all times allows him to quickly adapt to different situations. This is a luxury however and by no means necessary for capturing beautiful concert photos.

Many budding music photographers wonder what type of lens is best for shooting live concerts, and assume they need to spend a fortune on multiple pieces of gear. However, when you’re just getting started you only need one lens—make sure it’s a fast one! Fast lenses are perfect for shooting in low-light conditions because they have a wider opening aperture that allows more light into the camera sensor. A larger aperture will also help you capture clear images of musicians that jump around a lot.


Kane also rocks a 8 to 15mm fisheye lens, which he says is “perfect for shooting bands in small rooms”, and relies heavily on his 24 to 70mm lens because “it has a great focal length for shooting music.”

As a concert photographer your main challenge is that you’re typically dealing with very low levels of light. Because of this it’s always best to stick to manual exposure, which will allow you to adapt to the dramatic variations between bright lights and dark shadows. 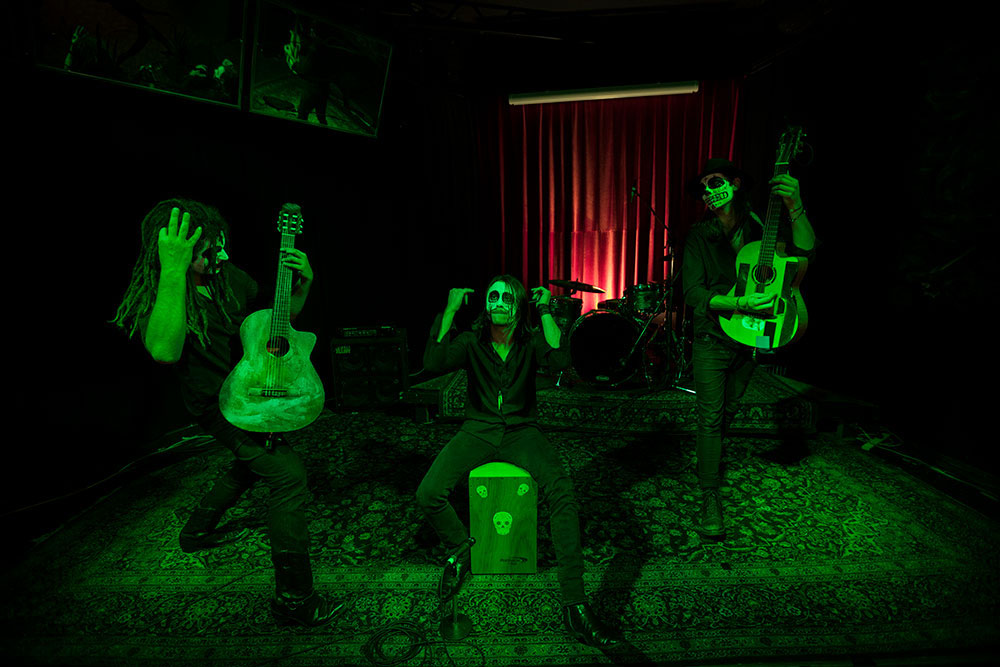 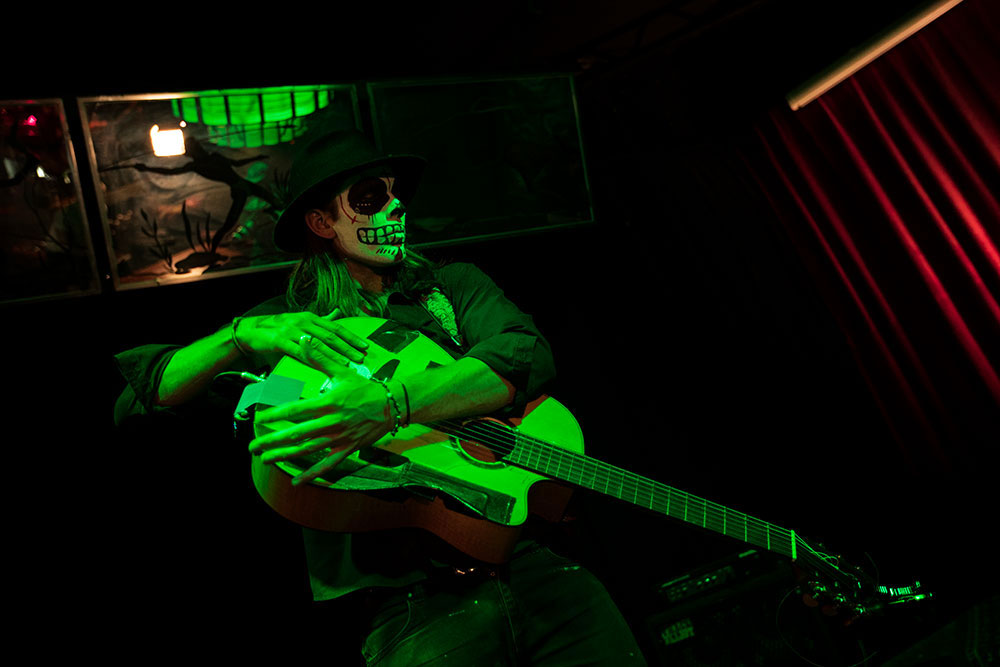 “Another thing to keep in mind is that I used burst mode to shoot, rather than the single shot. And that's to be able to capture multiple frames when the action happens.”

Kane also plays around with the shutter speed in order “to get some blur”. 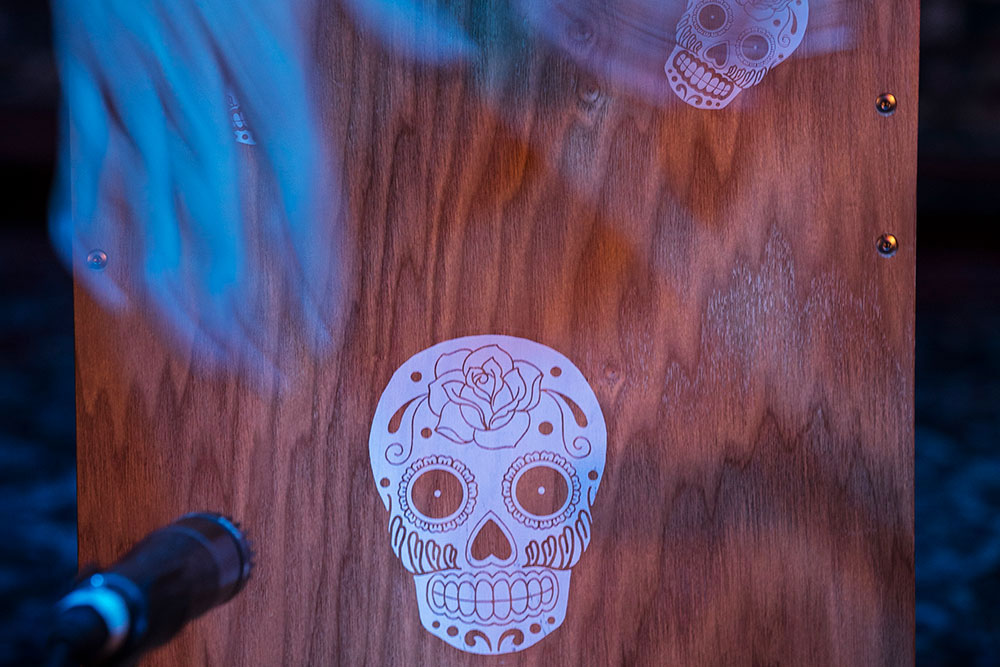 The low-light conditions typically found at music concerts can make it tempting to start playing around with camera flashes, but Kane explains that this isn’t always necessary.

“I wouldn't normally shoot an artist performing with a flash, just because it blows out the lighting and loses the atmosphere of the gig. I would try just to use the lenses,” he explains.

The times Kane does employ a flash is before or after the actual gig. “I would use it more for the backstage stuff, when the musicians are walking to and from stage.”
As long as you’ve got a nice, fast lens and you have your ISO bumped up, you will find that there’s no need to worry about using a flash. Try starting your shoot with an ISO of 1600, increasing it gradually until you are happy with the result. Remember that a higher ISO will result in more noise, but you can always edit this later in post processing. 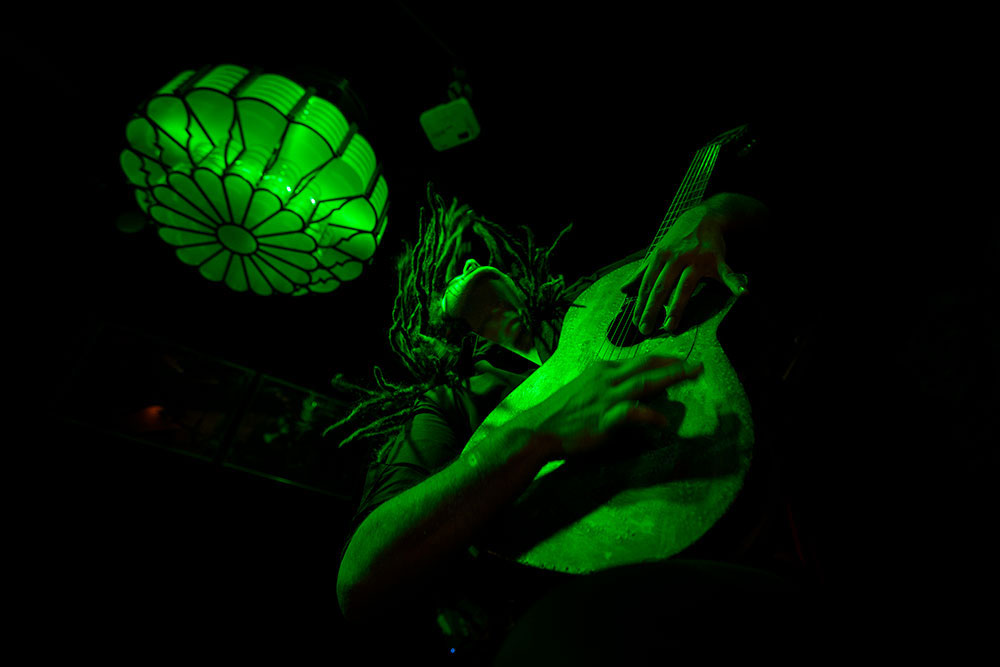 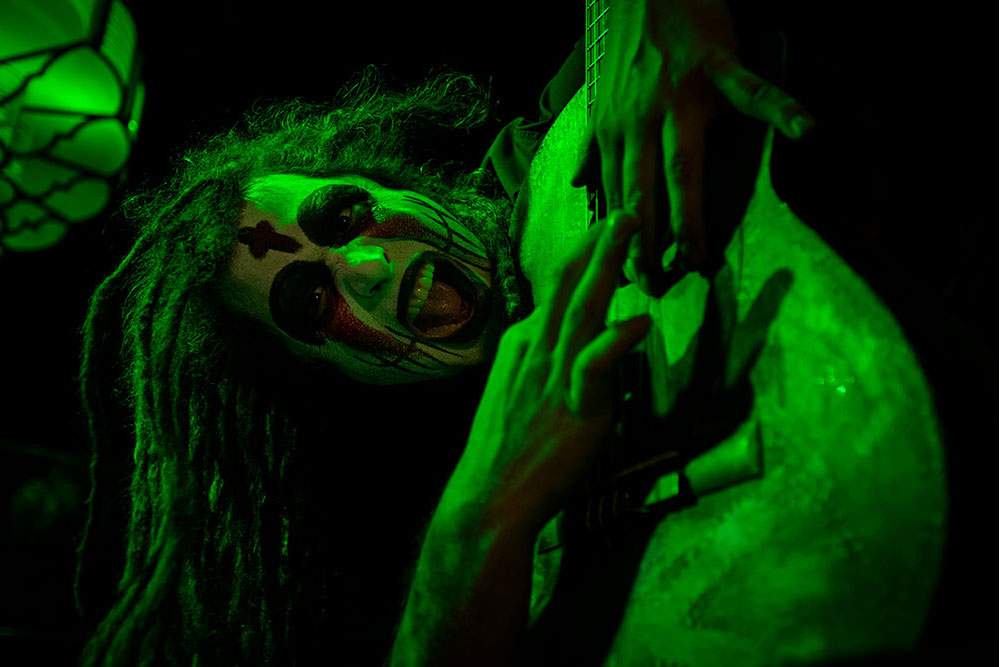 It’s a good idea to have some kind of plan and to know roughly what kind of shots you would like to capture. But part of the beauty of concert photography is that it’s so spontaneous and anything can happen at any moment. It’s important to be reactive and prepared when those spontaneous moments take over the stage.

“I often have a preconceived image that I want to capture,” Kane says, “but a lot of the time you just have to go with what's unfolding in front of you.

It’s also worth remembering that it often depends on the type of band you are shooting. Not all musicians like to jump around and pull expressive faces. 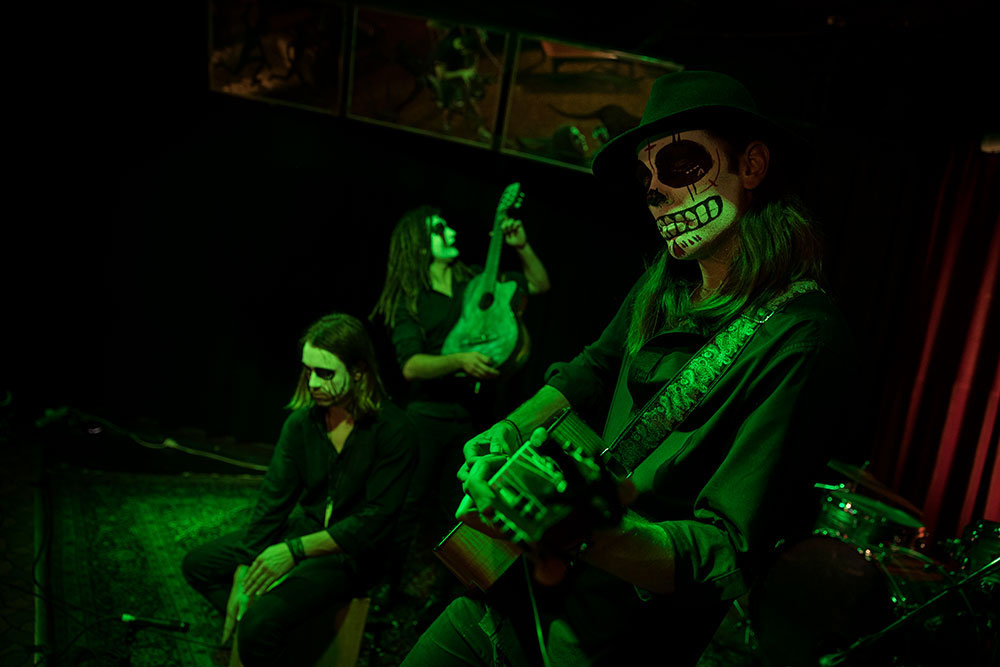 
Sometimes an image will be thrown in front of you. But if they're more reserved as a band then you have to search for the image, search for angles, shadows and light,” encourages Kane.

It's a combination of luck and also working with your environment. That's the most rewarding part because you come out with a photo that you didn't think you were going to get.


Remember, you aren’t there to shoot 3,000 beautiful photos—a few good ones is all you need to capture the essence of the performance and tell the story.

"If I came away with three of four photos that you look at and go, 'Wow! I feel something from that!', then I captured what the gig was about.” 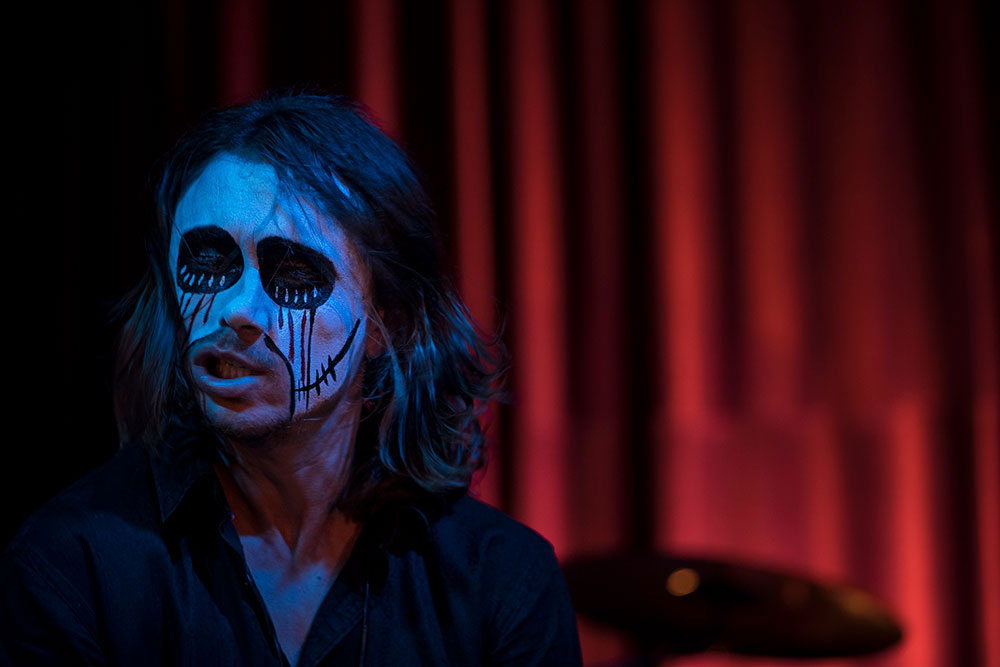 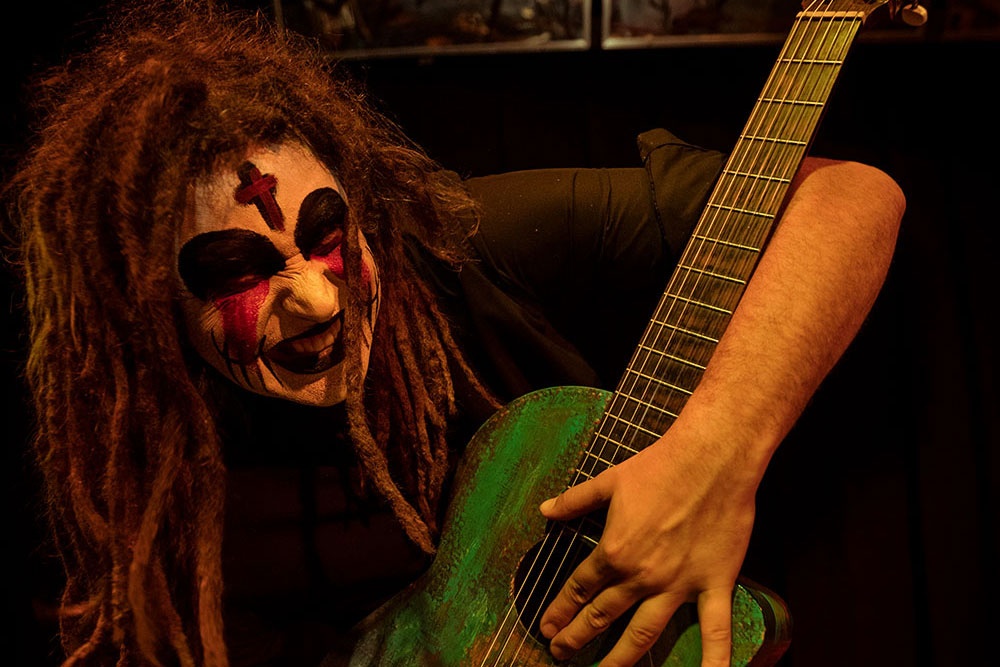 Photographing musicians can be a sensitive endeavour, and of course you don’t want to upset any of the staff or audience members.

"When I’m working around stages, I think etiquette's very important,” says Kane. “How you treat the audience and the band… When you're in with the audience you just need to be respectful, because they've paid to see the artist.”

Most of the time it’s simply a case of starting up a quick dialogue. What I would generally do is just let people know what I'm doing,” explains Kane. “I’d say, 'Hey, I'm going to take some photos, I'm not going to be here the whole night. Do you mind?’

Also keep in mind that the musicians will be in ‘performance mode’ and won’t want to be distracted. 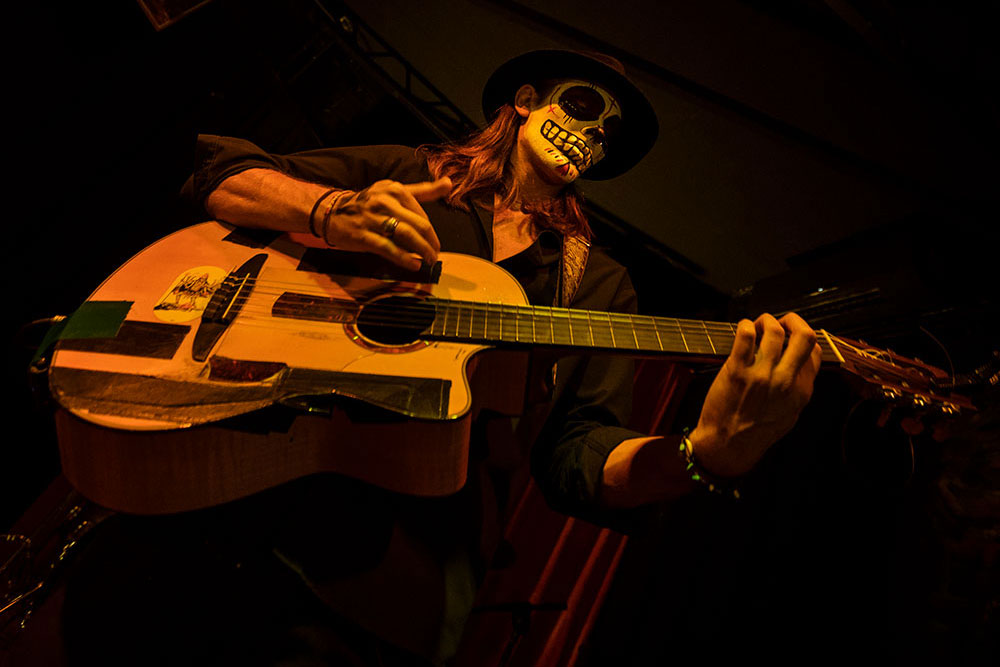 “It’s about respecting the band, not putting the camera in their faces, not getting too close to their equipment and not inhibiting their performance,” says Kane.

“I want to be invisible. I don't want anyone to see me at all. And that's when I know I've had a really good gig, when I've been shooting the band and they say, 'I didn't even see you when you took that photo!’ 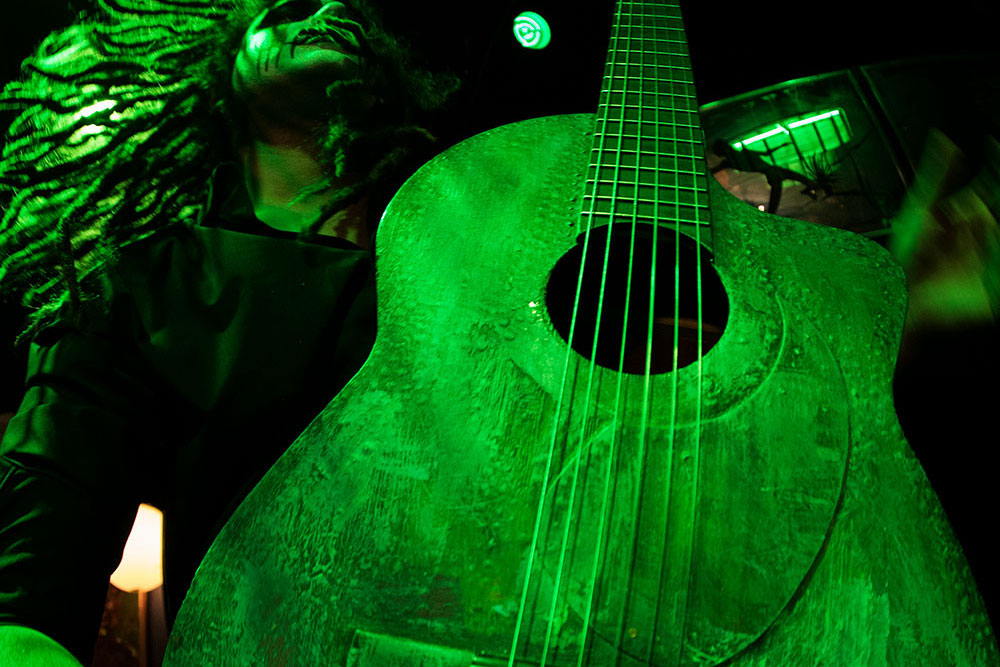 Do you dream of turning your passion for music photography into a fulfilling career? Here are a few insights from Kane’s experience breaking into the niche.

As with many photographers, Kane’s route to becoming a professional music photographer wasn’t a direct one. 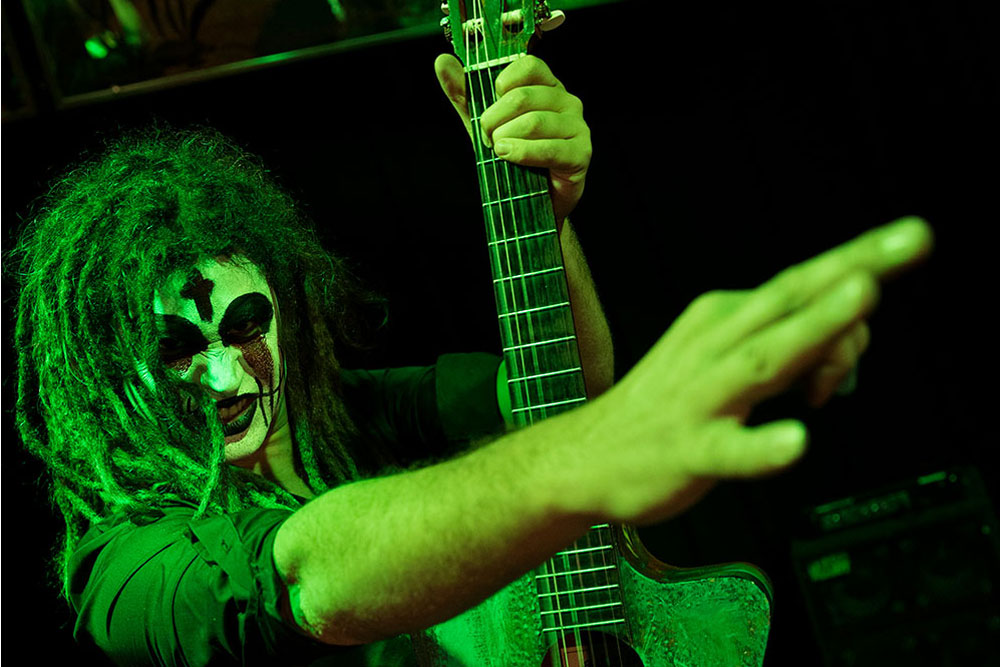 When I first got into music photography it was almost a bit by accident,” he reveals. “I used to be a sound engineer and that's what I did for the start of my working life. I actually went back to university to study photography because I wanted to get out of music. While I was studying I fell back into it because all my friends were in bands. I would just go along to their gigs to take some snaps, and then all of a sudden people started seeing my photos and other bands would ask me to take photos of them. So it was a really organic process.”

It takes time to develop your craft. You want to start at the bottom, shooting your local gigs. That's where you find your limitations, that's where you'll be able to figure out the settings and the lenses. It’s also where you'll meet the future bands as well

"Passion is something you're going to need to use as a drive to move into this area. It's very competitive but also very rewarding"

Once you've figured out how to work with your camera settings, and you're confident that you can create the images you want, people will start noticing your work and it'll be a natural progression to start shooting the bigger gigs. It's only after years of shooting that it all clicks together and you find it working.

Value your work. You will have to work for free at the start, but then when people start to want you to do things, you have to learn how to monetise it. Start small and just make sure people value you and what you do.

A great music photographer is made up of two things: the first is thing is to have a good eye and take images that capture the moment and define the music in a visual sense. And then, when you're touring with the band, it's all about personality. You have to get along with other people. You can't be a big ego when there are other big egos floating around. You need to know how to work with people. You need to know when you can come into someone's environment and when to back off.