/ Get Inspired
/ Canon Champions
/ Celebrating the Best Images of 2021 From Our Community
Feature Image by: Daniel Tran for Destination NSW

Celebrating the Best Images of 2021 From Our Community

Wait...It's already the end of the year? That means it's time to announce the most standout images captured by our incredible Canon Community.

Despite another year of restrictions and lockdowns, the creativity and inspiration from the community never ceased. From backyard shoots to creative DIY self-portraits, we were in constant awe of the beautifully and unique imagery captured.

In no particular order, here are the top images from 2021. 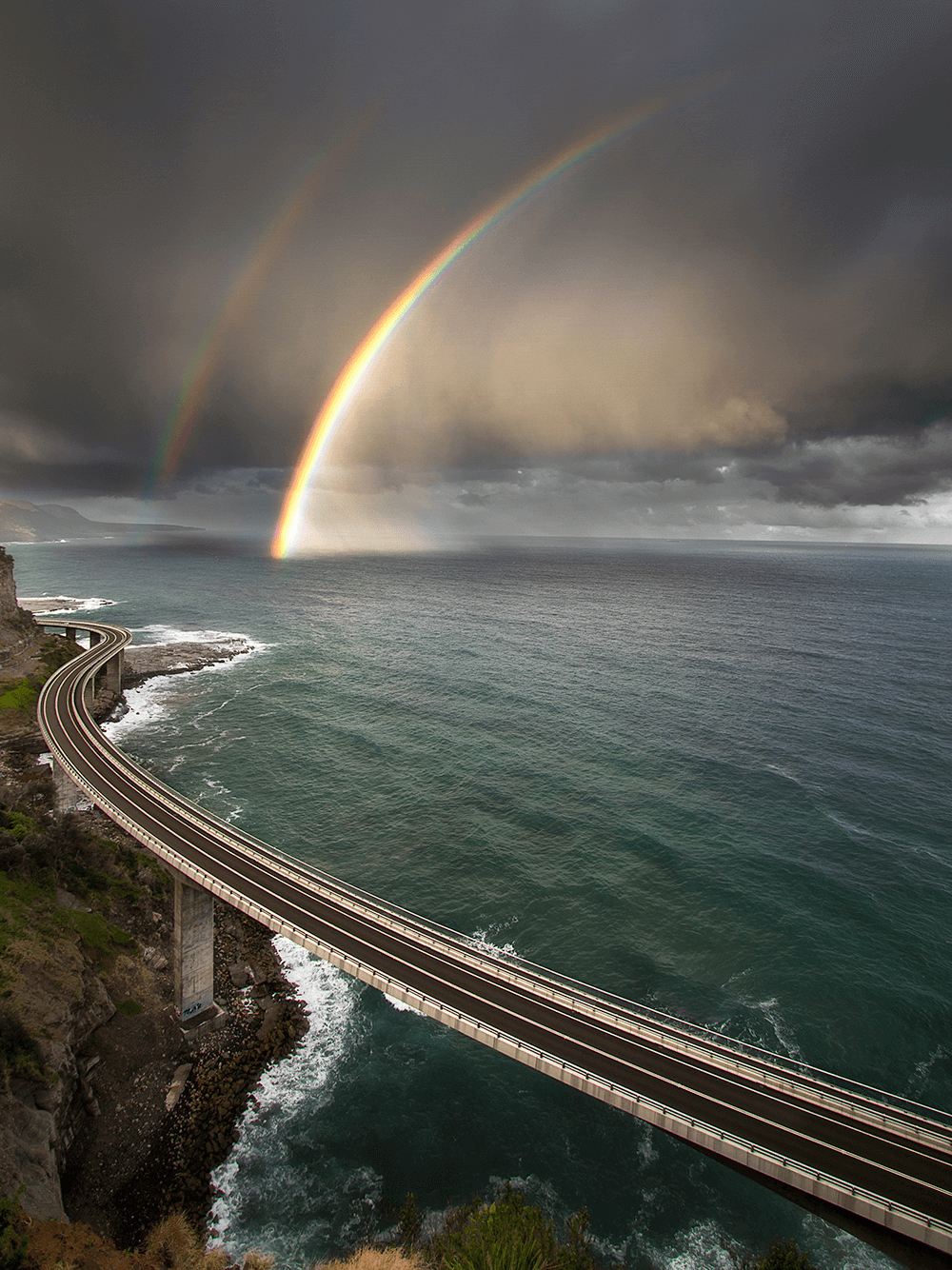 "When I arrived to this spot to shoot Sea Cliff Bridge with my photographer buddy Ben, we were rush to grab the camera to capture the rainbow before the sunset. ⁠After a few minutes we were soaked with rain and had to run back to the car, but it was a great experience to see such a beautiful scenery." 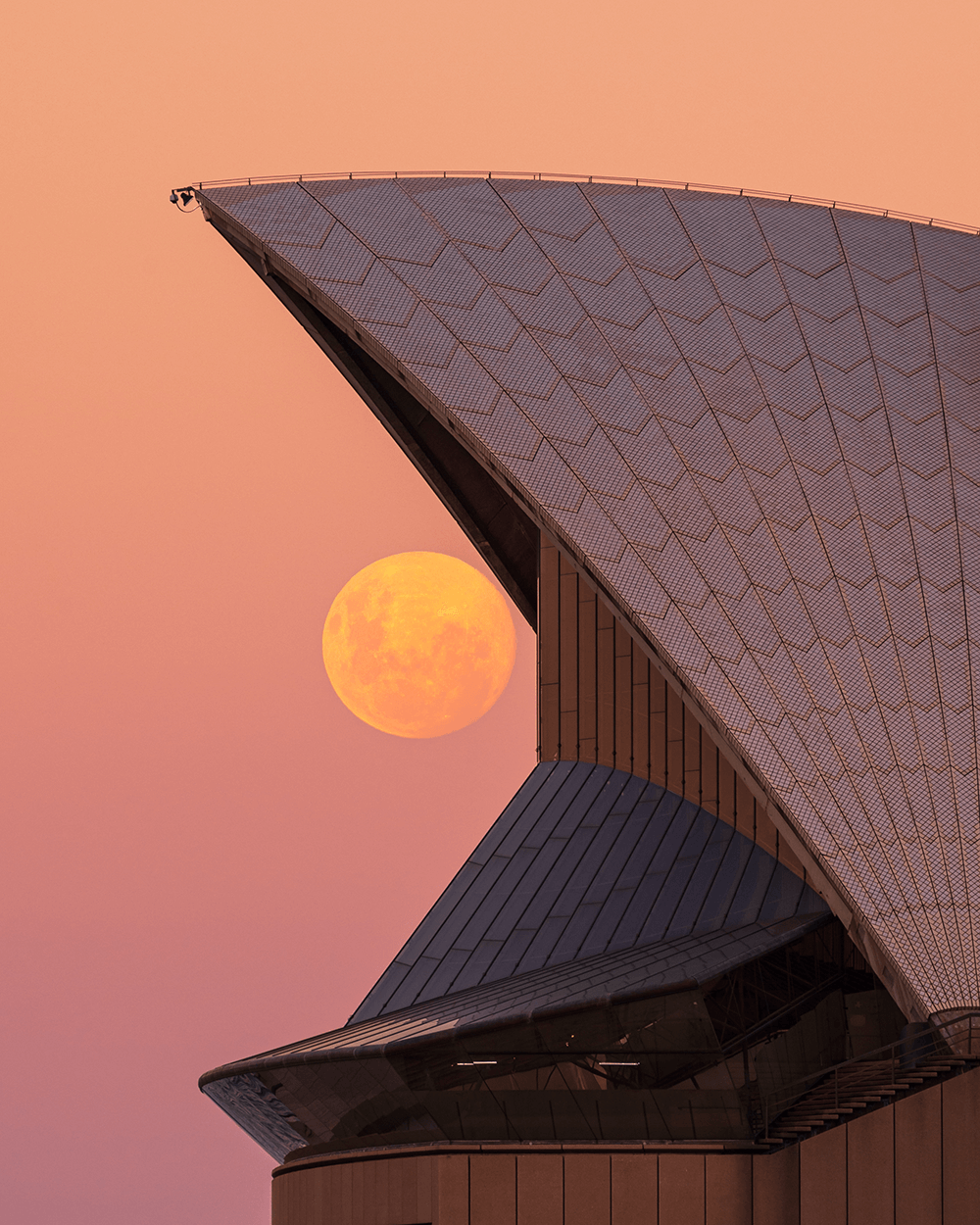 "Here are 3 tips for capturing a super-moon. 🌕⁠

💡 Exposure Settings: The moon is a moving subject so shoot at a relatively fast shutter speed. 1/500th sec is a good start when the moon is at its brightest. Keep an eye on your histogram to ensure it isn't over exposed. ⁠ ⁠

📸 Gear: Grab your lens with the longest focal length - the longer the lens, the closer the moon will appear. A tripod and remote shutter are also essentials to ensure your shot stays steady. ⁠ ⁠

🌃 Composition: Get creative with this one. Perhaps try shooting a silhouette or use subjects like a plane, and iconic building or some trees to frame the moon." 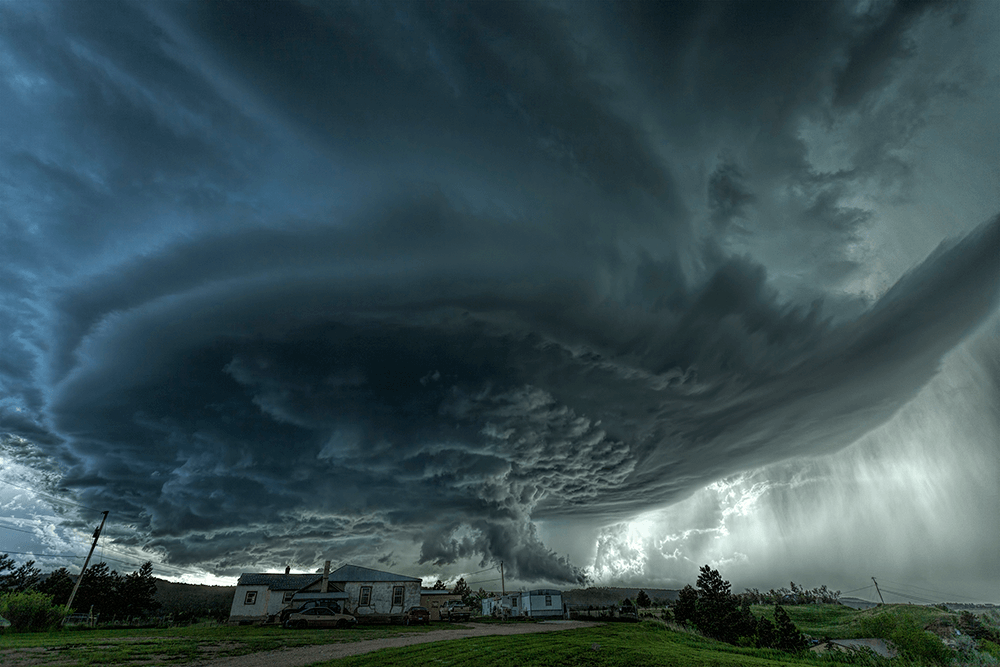 "Chasing severe weather throughout Tornado Valley. After a few weeks we made it up north to the Dakotas. On this day we were situated in South Dakota where we latched on to a storm cell which would provide some stunning structure mixed with heavy rain fall, which would later become flash flooding in and around the area of Rapid City. The structure formed and moved across the township of Black Hawk, to which it had its strongest formation with a large wall-cloud ready to touch down. Visually we didn’t see a tornado touch down, but the structure was second to none." 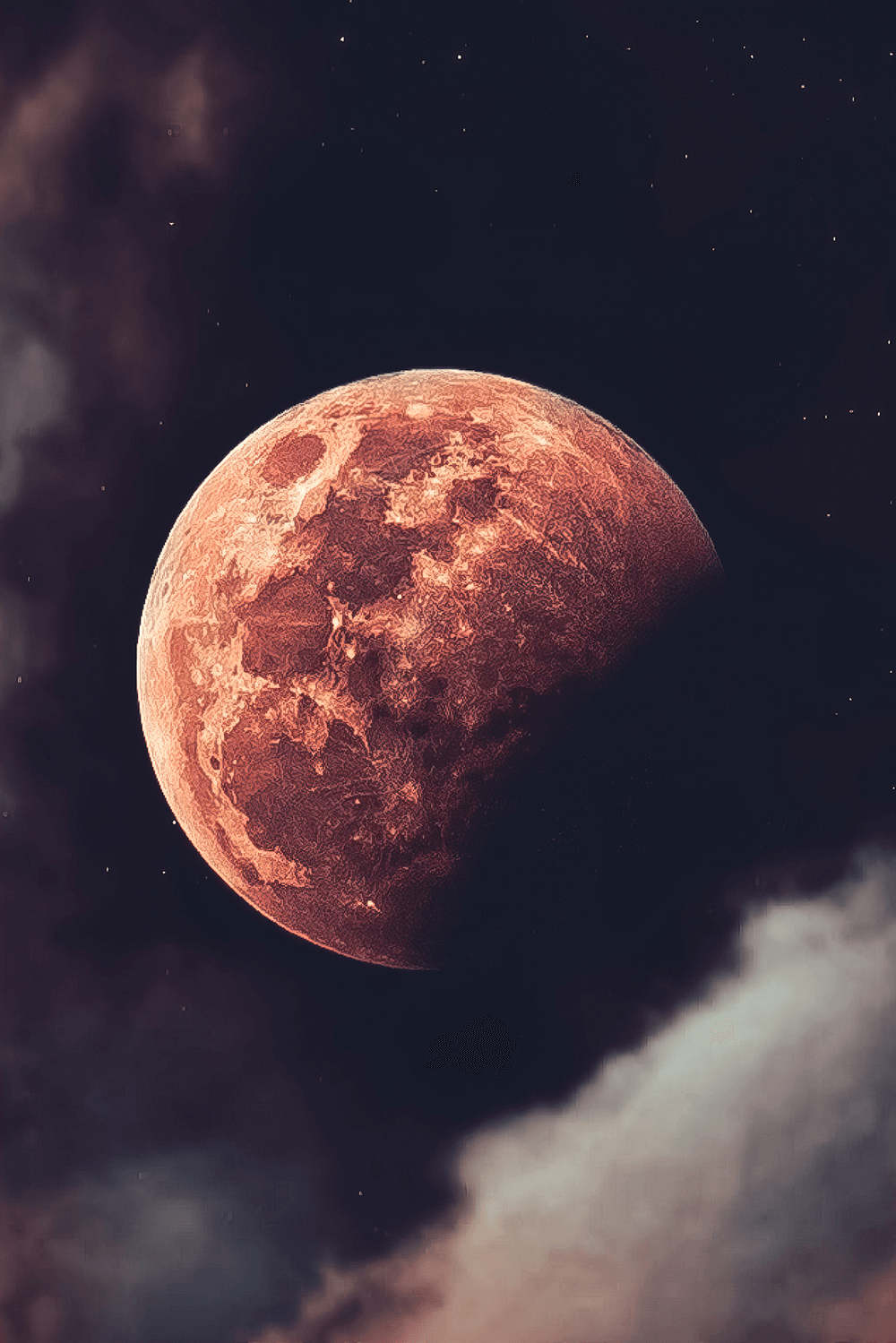 "During the lunar eclipse I climbed on top of my roof to capture this shot. My top tips for eclipse photography are:
1. Keep steady and use a tripod. Remember to adjust your settings as the moon gets darker.
2. User your lens with the largest focal length.
3. Be sure to shoot in RAW so you have more freedom with editing later on." 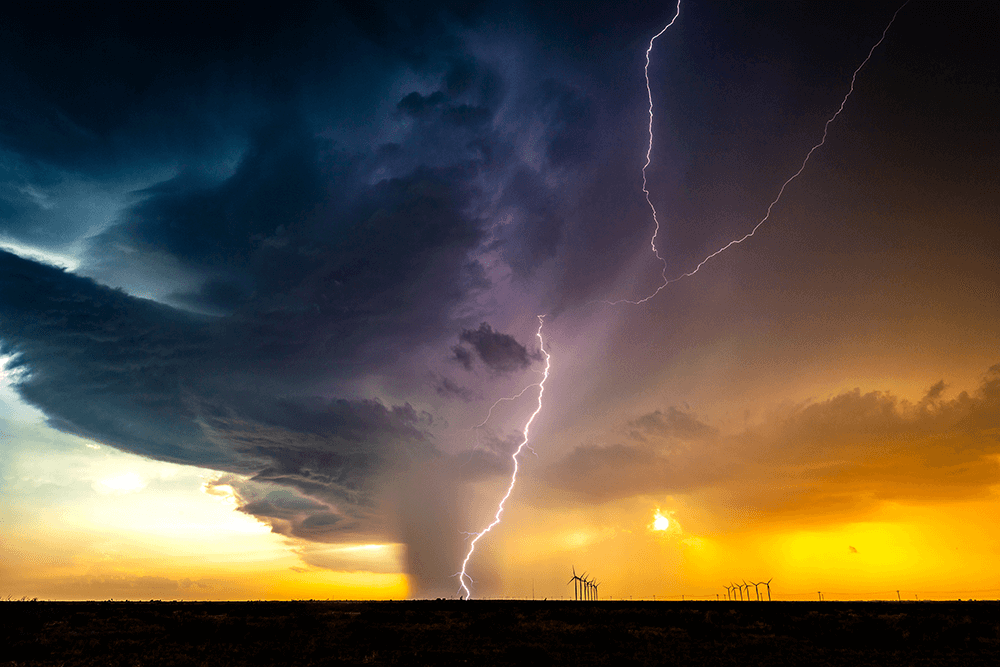 "Storm chasing is my passion. It can be exhilarating, frustrating, scary and incredibly rewarding all in the space of a few hours. Each year the storms over in Tornado Alley in the USA show Mother Nature at both her most beautiful and most ferocious. This particular storm put on an incredible display of huge close range lightning strikes paired with beautiful sunset colours over a wind farm in New Mexico." 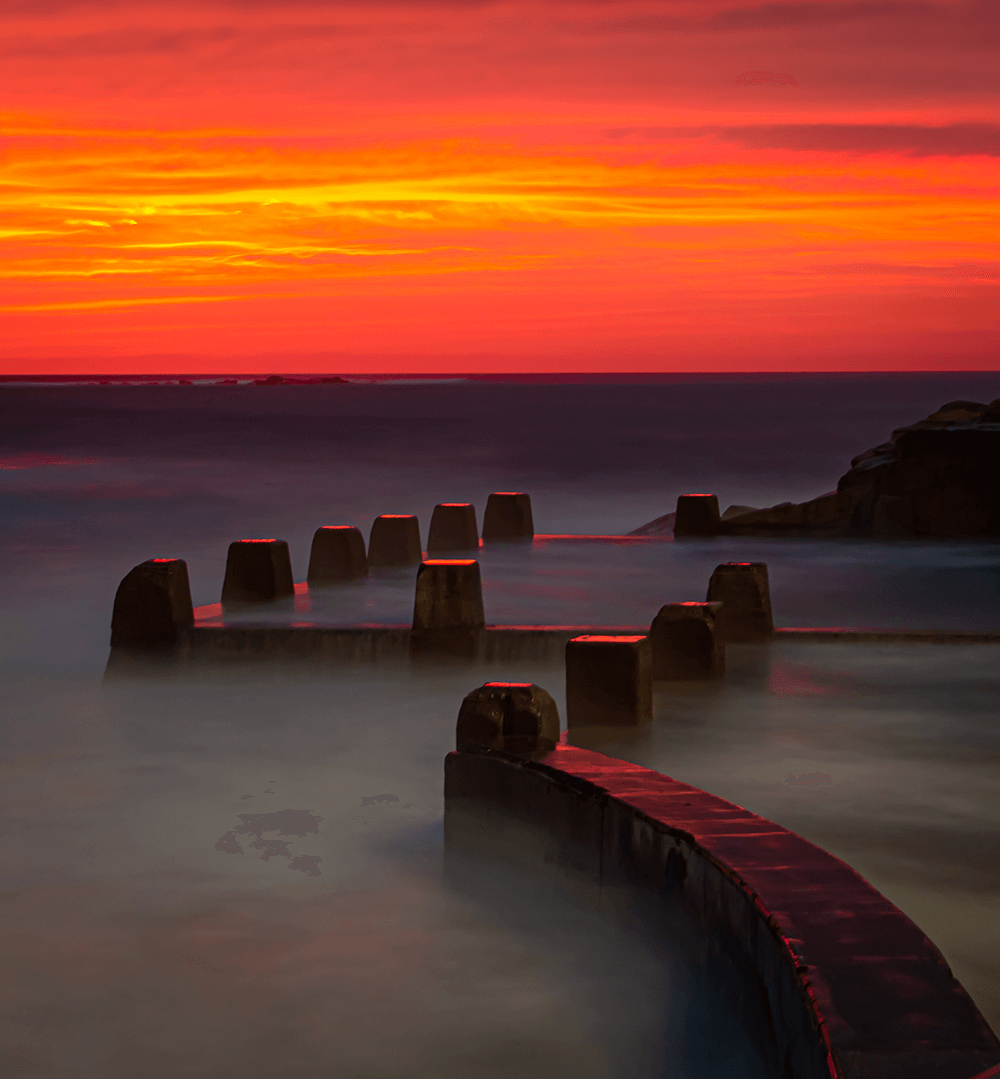 "This was the kind of sunrise you could see in the sky before it happened. You know you’re in for a great one, when you’re driving to the spot in the dark and you can already see colour. This shot was taken at 5:05am, a whole 35 minutes before sunrise, and one I’ll never forget." 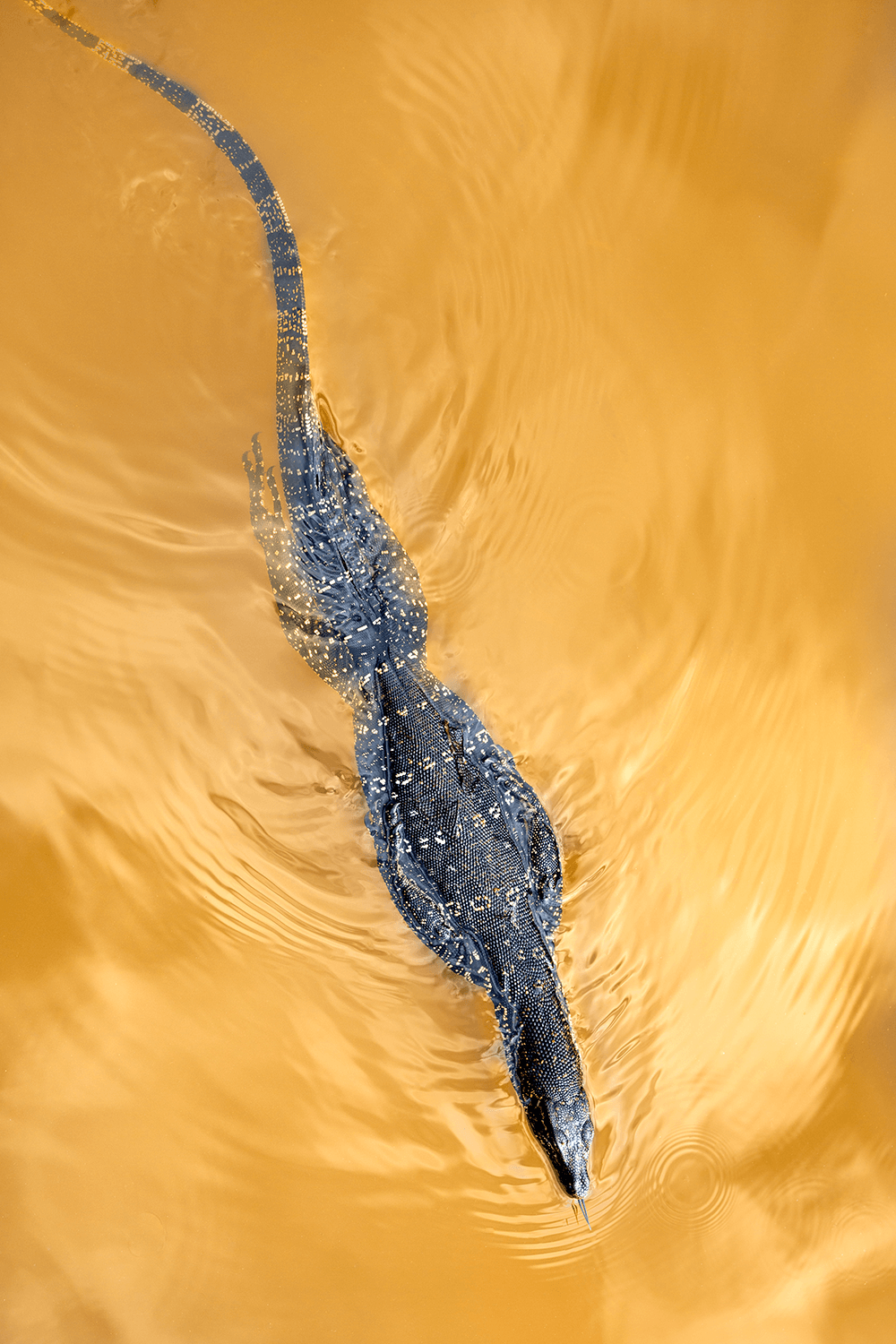 "I was in the forest in Sri Lanka walking along the river looking for wildlife to photograph. I spotted a water monitor across the river. It was slightly hidden in the bushes and a little far to get a clear shot. I moved on after marking the area with the intention to come back the next day to camp. When I came back I made a camp in a tree next to the river for the next 2 days hoping I might see the same water monitor take a swim. In this area it's wise to camp high because of the snakes and wild boars that aren't afraid of human interaction.

It was hard waiting in the tree for so long and being silent. The amount of ants crawling all over me and mosquitos biting every uncovered surface was annoying. Luckily, after almost the 2 days of waiting the water monitor entered the water. I moved onto a branch that hung over the river to get a better view. More surprisingly, the water monitor swam in my direction directly under the branch I clung to giving me the perfect opportunity to photograph it from an aerial view. And this became a winning shot with National Geographic." 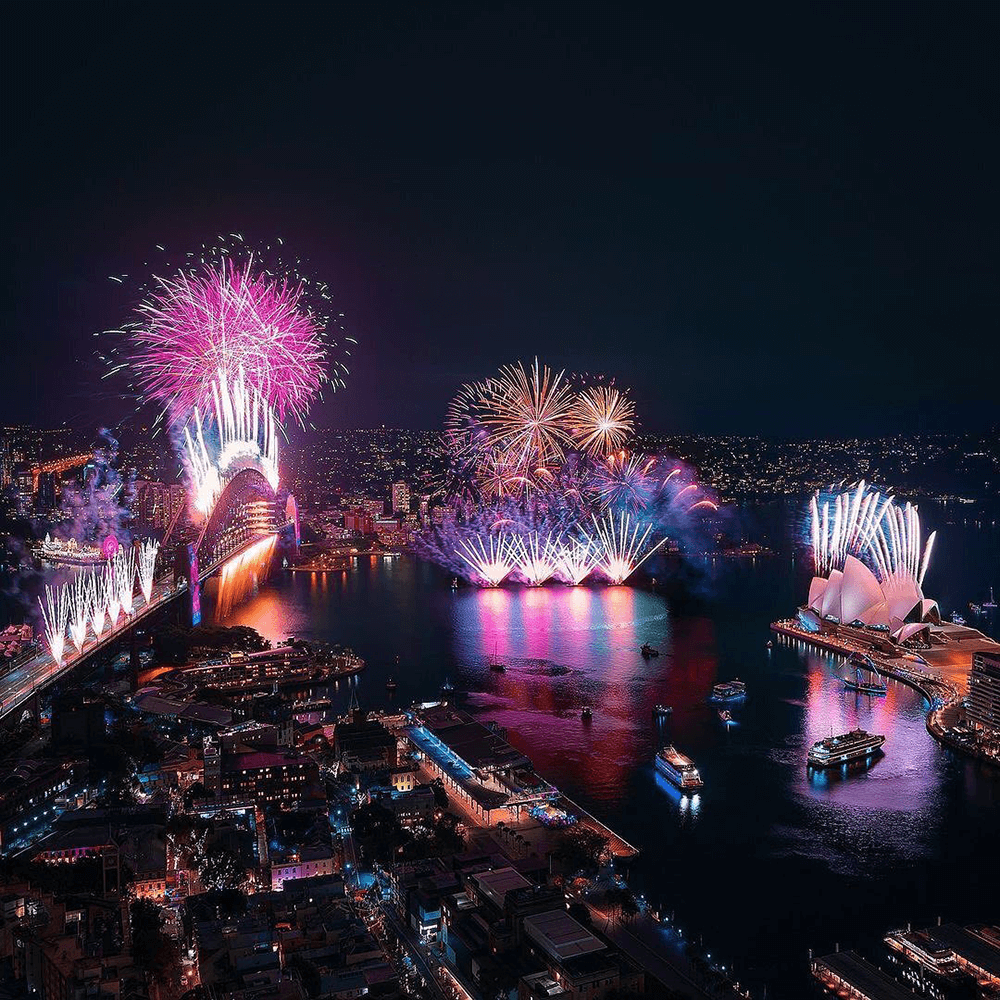 "New Years Eve fireworks display over Sydney Harbour. I was fortunate enough to be one of the few people to be allowed access into the city to capture last year's New Years eve celebrations. It was quite surreal capturing images of the city so empty to welcome in the new year. This image was captured of the midnight firework show from the rooftop of a building in Circular Quay." 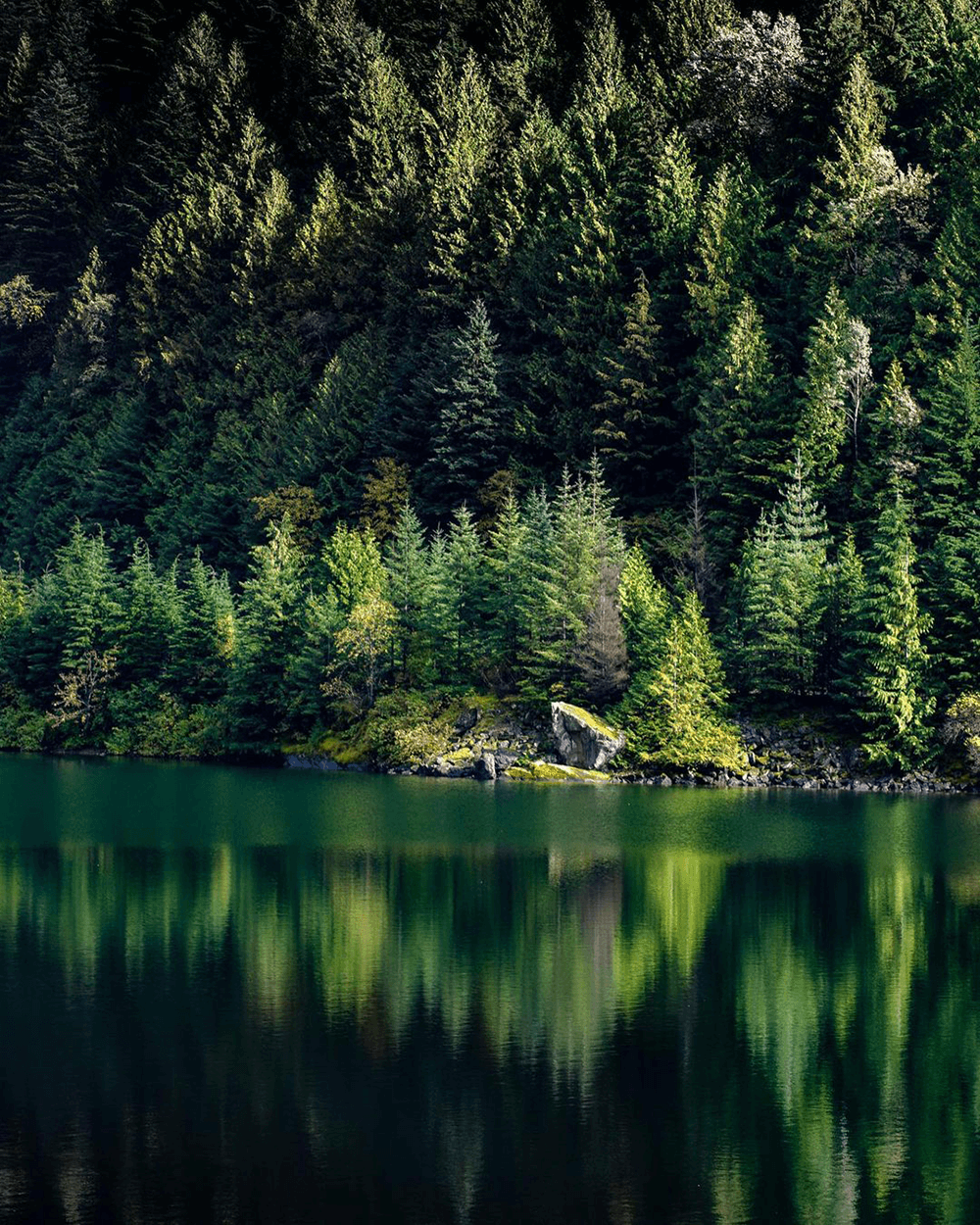 “I’ve always found that the best photographs come with being totally immersed in the landscapes. I often explore a location extensively during the day just scouting locations and compositions. This way when the lighting is right, be that during golden hour or beyond I know exactly what I wish to capture. I don’t aim specifically to create monochromatic landscapes however shooting at specific times of the day tend to lead to these results.” 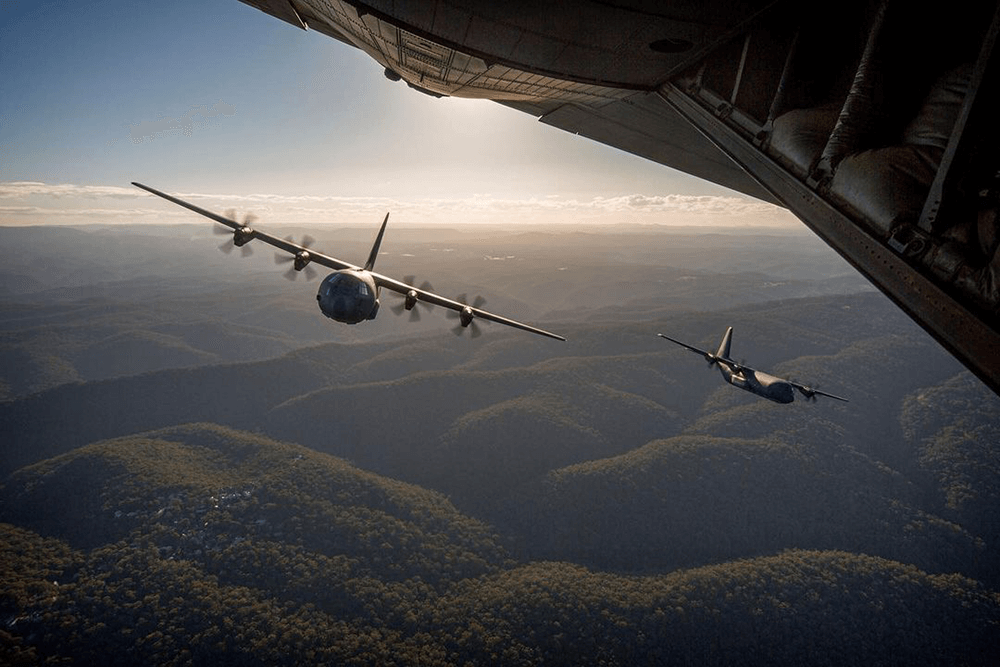 "This is one of the best ways to capture imagery of our aircrafts. To get a clear shot, we open up and sit on the back ramp of a lead aircraft (in this case a C-130J Hercules aircraft) and have the others come up to us. The challenges of this style of shooting include avoiding camera shake through the vibrations of the aircraft - particularly when the rear ramp is down as this is amplified. The engine exhausts can cause a heat haze (out of focus appearance) if you don’t have your aircraft in the right position.

You must be mindful of the wind – by taking one step back into the aircraft can make a world of difference. Finally, when shooting propeller aircraft, you don’t want your shutter speed to be more than 1/400s. Doing so will freeze the propellers giving an un-natural look to your image. Doing this with a long lens has its challenges, but the rewards pay off. Aside from the challenges, this is arguably the best seat on a flight you could ever ask for."

Become a Canon Contributor for the chance to have your images featured on our social channels.