On August 21st, 2017 a total solar eclipse hit the United States and it's possible that there was no one more prepared for this exciting event than astrophotographer and astronomer Phil Hart.

Who better to show you the solar eclipse photography ropes than Phil himself? We asked him for a few pearls of wisdom before he headed off to America with his telescope stowed safely in his baggage.

What is a solar eclipse?

A solar eclipse describes when the Moon passes directly between the Earth and the Sun.

From most viewpoints only a small part of the Sun is covered—and unless you observe the Sun carefully through a solar filter you wouldn’t even notice this.

A total solar eclipse describes an event when the entire Sun is covered from view. They last just a couple of minutes, but during that time, day turns almost to night with a very rapid—almost frightening—change in light. There are reasons why ancient civilisations feared a total solar eclipse!

How often do solar eclipses happen?

About once a year, somewhere on the planet a solar eclipse happens. But any specific location on earth is treated to an eclipse once every 400-500 years.

Often the total eclipse occurs in very inaccessible areas—across the ocean or at the poles—or where the weather is very poor. Accessible eclipses with good weather prospects are very hard to find.

How does a solar eclipse differ to a lunar eclipse?

A lunar eclipse occurs when the Earth blocks the light from the Sun reaching the Moon. When this happens, everyone on the side of the Earth facing the moon—the nighttime side—will be able to see the eclipse, which may last an hour or more.

With a solar eclipse, only the people who have travelled to the narrow path of totality—or who happen to live there—see the dramatic eclipse, which lasts just a minute or two. 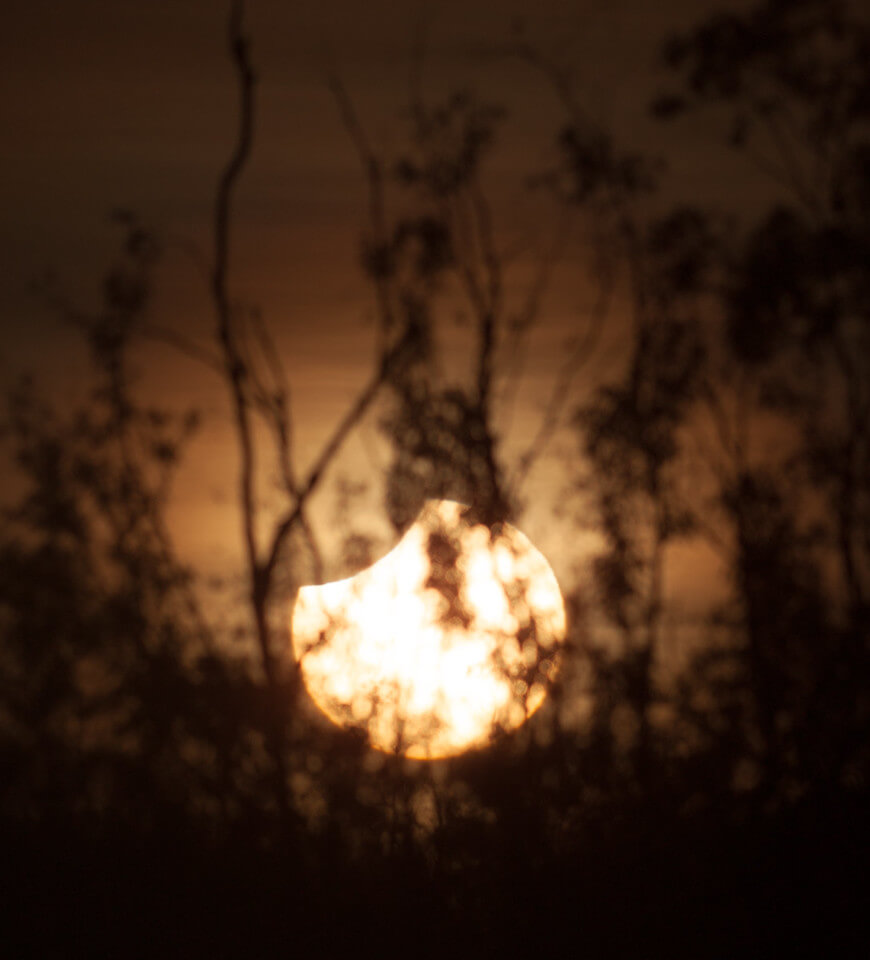 What made this solar eclipse so special?

This solar eclipse is particularly exciting for me because it’s the first time I’ll be supporting an eclipse photography workshop—after hosting night sky workshops for years.

It’s not a stretch to say that this was one of the biggest astronomical events of the last decade or three.

The last total eclipse in the lower 48 United States was in 1979. Digital photography, the Internet, online media and a big increase in the population overall have revolutionised the buzz around events such as this.

What gear did you take to the United States to capture the total solar eclipse?


What kind of gear do you need? And why?

Any camera at all can be put to good use during a total eclipse. Compact cameras can be set to record video while automatically adjusting exposure. As well as capturing the changes in the sky, they also capture the inevitable excited sounds of the observing group experiencing the eclipse.

For those taking their photography more seriously, a DSLR can capture all kinds of images or video sequences.

Lenses from 8mm to 800mm can all be used successfully. Wide Angle lenses can be used for timelapse or even real-time video of the event.

Standard focal lengths in the range 35-50mm are well suited to capturing composite image sequences through a solar filter of the partial stages of the eclipse combined with one image of the entire scene—with no filter—during totality.

With telephoto lenses and a sturdy tripod you can capture images of the solar corona itself—the extended and beautifully complex atmosphere of the sun visible from Earth only during a total solar eclipse. 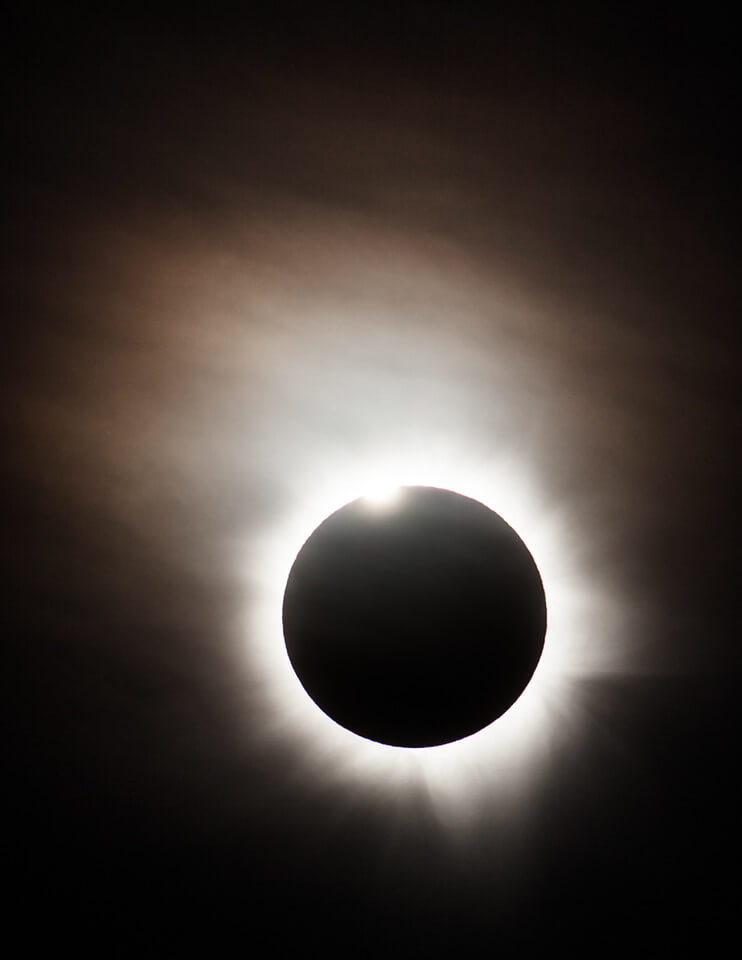 What kind of camera settings should be used?

For the composite image below, I captured a sequence of images (one every six minutes) through Baader Solar Filter material with an EOS 1100D and 35mm lens.

The camera setting I used were: 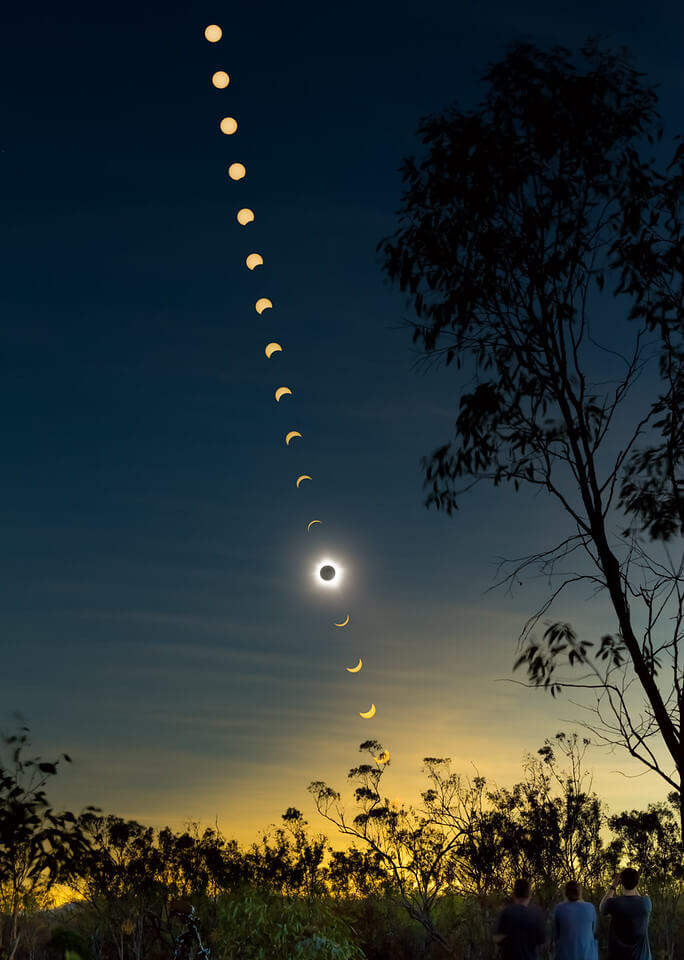 For timelapse sequences, similar fixed exposures captured every second or two—right through totality and a minute or so either side—will dramatically reflect the changing light levels of the eclipse. A minute before totality those exposure settings will result in a completely over exposed image but as the last sliver of sunlight is covered by the Moon the exposure will come good.

You could capture a bracketed sequence to handle the changing light levels better and process as a HDR sequence.

Video, stills or time-lapse – how do you decide what to capture?

Video has the advantage of capturing all the sights and sounds of the event. Your subject might just as well be the observers experiencing the eclipse as the Sun itself. When imaging the corona at longer focal lengths, it’s difficult to handle the wide dynamic range in video (and I haven't seen enough eclipses to give it a go!) but definitely worth a try.

If you can find a compelling foreground, landscape images during totality can be stunning. In Queensland in 2012 my group sacrificed our picturesque beachfront location for an inland site due to the weather forecast. As it turns out we made the right decision as the beach was clouded out. The location was great for our telescopic images of the Sun but offered more subdued foreground. In essence, you need to work with the environment around you and conditions you’re presented with. 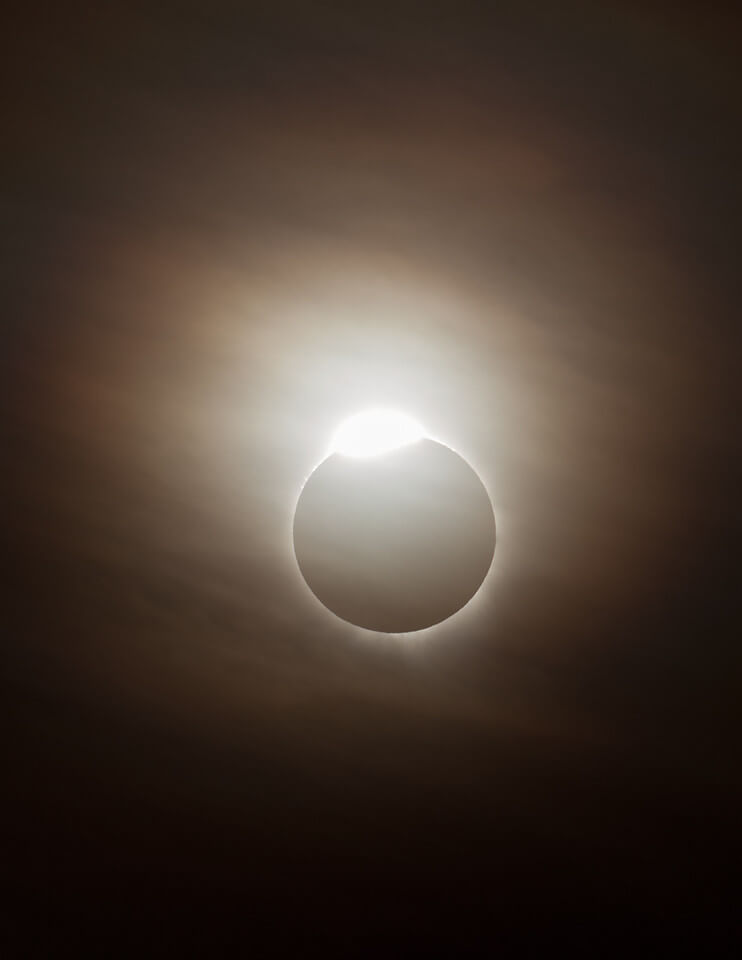 How can you make your images look different to everyone else's?

Capture your group and your location in your framing rather than simply pointing the camera at the sun high in the sky. That way your images will always be special ones in your collection, reminding you of the spine-tingling moment when the Sun was eclipsed by the Moon.

Don’t forget to watch the event more than your camera!