Award-winning astrophotographer Phil Hart has just released his jaw-dropping footage from 2017’s ‘Great American Eclipse’, the result of five years of work and one truly epic photography expedition. Phil told us about the journey. 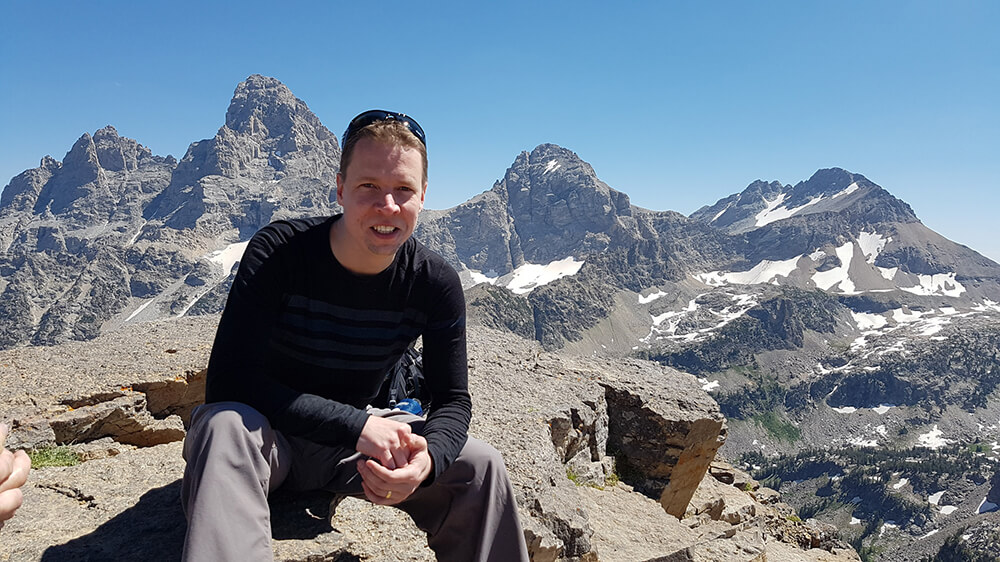 Total solar eclipses – where the moon passes directly in front of the sun, creating an eerie twilight in the daytime – are rarely visible from much of North America. There have been a few eclipses across the breadth of the USA since 1918; the next one will occur in 2024. So the total solar eclipse on 21 August 2017, dubbed the ‘Great American Eclipse’ by the media, was an astronomical event to get excited about.

Keen astronomers and astrophotographers from across the world descended on photogenic spots like Jackson Hole and Yellowstone National Park in Wyoming and Idaho to get the best view of eclipse. Among their number was Phil, who had been crafting his plan to capture the eclipse on film for three years, ever since signing on as a photography tour guide for the event.

Between 2014 and 2017, Phil painstakingly worked out his plan to capture the solar eclipse on film – the largest and most complex photographic expedition he’d ever planned. He pored over maps to find the best vantage points, researched equipment, calculated camera calibrations and ran hundreds of tests of the automated scripts that would run the remote and telescope cameras.

Finally, in August 2017, it was go-time. 185 kilograms of gear – including telescopes, mounts and 12 Canon cameras – were either lugged (at great expense) to Idaho from Phil’s home in Victoria or rented in the US. 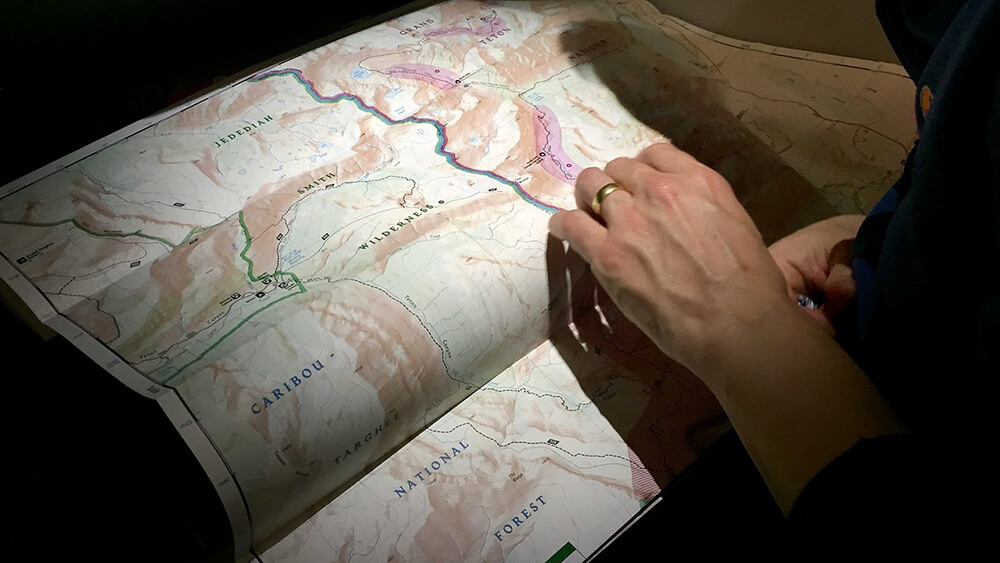 In the week before the eclipse Phil prepped for the event, running practice sessions with his tour group of photographers. On a day off, he hiked the steep and stunning 21km trail to the ridge of Table Mountain in Grand Teton National Park, finding a small ledge over a precarious cliff drop on which to secure a Canon 5D Mark IV which, all going to plan, would capture the eclipse as it unfolded over the craggy, epic beauty of the Teton Range. The gambit was nearly defeated – hiking back up the ridge four days later (the day after the eclipse), Phil learned from other hikers that they’d found his camera…toppled over. Luckily for Phil, the camera stayed upright during the eclipse and automatically captured some spectacular shots.

He also hiked into Beaverhead Range, 100 miles to the west of the Tetons, to place a Canon 5D Mark IV with a EF 8-15mm f/4L Fisheye USM Lens, for a wide view of eclipse and the Moon's shadow in the sky. And on the same trip, he placed remote cameras (a Canon EOS 1100D with a EF-S 18-55mm lens at 24mm, and a 6D Mark II) up a short but steep hike to North Menan Butte, to capture composite views of the eclipse. 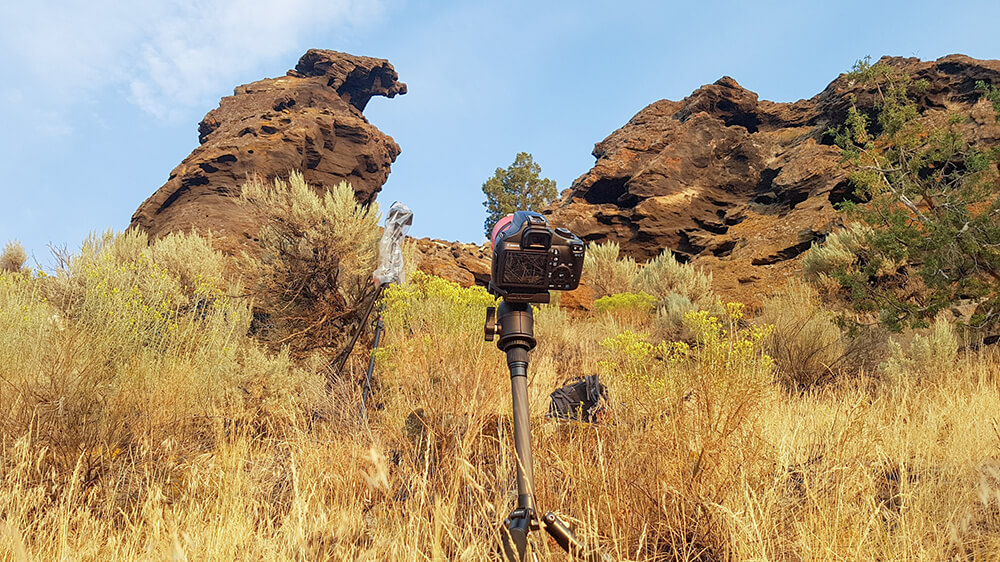 On Location at North Menan Butte On Location at South Menan Butte: My Takahashi FS-102 telescope capturing the eclipse

The tour group’s vantage point during the eclipse itself was South Menan Butte, one of two isolated grass-covered lava cones in Madison County. Phil predicted that would be the spot least likely to be afflicted with poor weather during the all-too-brief two-minute eclipse. Phil’s camera set-up for the main site included eight Canon cameras, with Takahashi and Borg telescopes for up-close shots of the eclipse, and 14mm to 300mm lenses for everything from capturing timelapses of the crowd and the eclipse to wide views of the corona.

After a few hours of uncomfortable sleep in the back of the hire car, the tour group piled out early in morning on 21 August to set up equipment and wait for the event itself at around 10:26am. Happily, the fates were kind in the minutes of the eclipse itself – the weather stayed clear and all of Phil’s cameras captured spectacular and sharply focused images of the jaw-dropping natural event.

The telescopes captured incredibly detailed images of the Moon positioned perfectly in front of the sun, showing extensive detail of the sun’s coronal loops, helmet streamers and polar loops, and the outlines of mountains and ridges on the surface of the Moon. And the camera set up on a rocky ledge of Table Mountain, shooting the eclipse as it took place over Grand Teton National Park, captured the gorgeous orange twilight glow along the narrow horizon during the eclipse’s totality.

It’s taken Phil the best part of two years since the eclipse to process the high-resolution images, between a busy full-time job. But now, you can finally watch Phil’s clip ‘The Moon in Motion – Great American Eclipse from Idaho and the Tetons’.

Enjoy it, he recommends, with the lights down and the sound up, on the biggest screen you have.