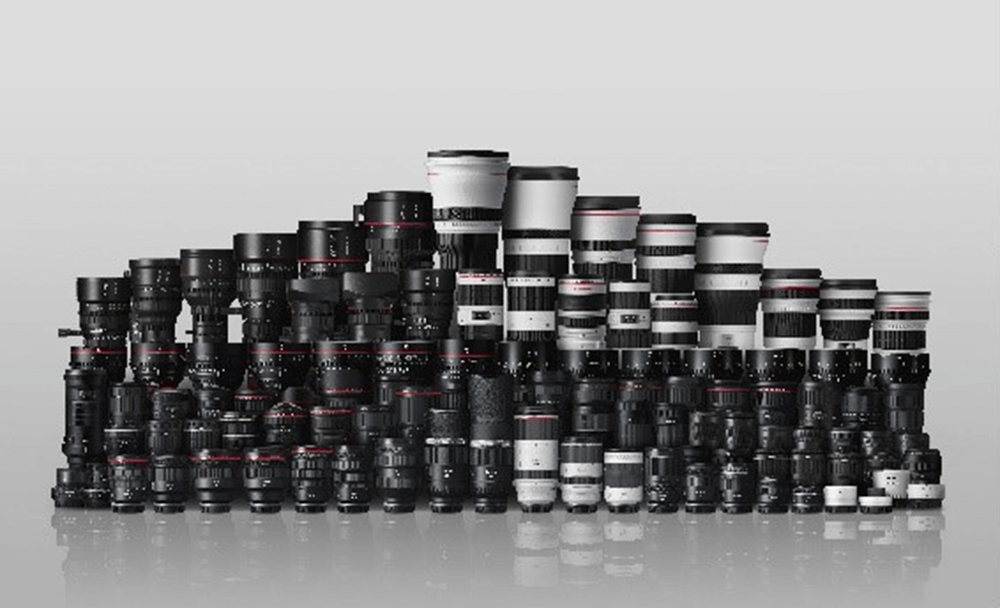 Production of interchangeable RF and EF lenses for Canon EOS-series AF (Autofocus) single-lens reflex film cameras began in 1987 at the Company’s Utsunomiya Plant in Japan. Over the years, RF and EF lenses have gained support from a wide range of users and production has since expanded to a total of four manufacturing bases, including: Canon Inc.; Taiwan; Canon Opto (Malaysia) Sdn. Bhd.; and, Oita Canon Inc. in southern Japan.

EF lens production passed the 10-million-unit mark in 1995 and crossed the 50-million-unit threshold in 2009. In April 2014, Canon celebrated its world-first achievement of having manufactured 100 million interchangeable lenses. Now, Canon is setting a new world record for the most interchangeable lenses produced, with the Company manufacturing its 150-millionth RF and EF lens in January 2021.

Laid end-to-end, all of the RF and EF lenses Canon has manufactured thus far would measure approximately 12,450 km in length – nearly equivalent to the Earth’s diameter (approx. 12,742 km)2.

Canon’s proprietary EF lenses – launched in March 1987 along with the EOS SLR camera system – have continued to evolve since their introduction, leading the industry through the incorporation of a wide range of innovative technologies. These innovations include such world’s firsts3 as: the Ultrasonic Motor (USM); Image Stabilizer (IS) technology; and, a multilayered diffractive optical (DO) element.

In 2018, Canon introduced the EOS R system and the RF series lenses, which pursues new heights of quality under the core concept of, ‘Speed, Comfort, and High Image Quality’. Today, the company’s extensive RF and EF lens series line-up comprises a total of 118 models4, expanding the possibilities of image capture. In addition, thanks to the support provided by its rich line-up of lenses, Canon has maintained the No.1 global market share for digital interchangeable-lens cameras since 2003 – a total of 17 years5 – and in September 2019, the Company celebrated the production of 100 million EOS-series interchangeable-lens cameras.

Canon will continue refining its imaging technologies centered on its RF and EF lens line-up, striving to cater to the varying needs of photographers – from first-time users to advanced amateurs and professionals – while contributing to expanding the photographic and video imaging culture.


The history of lenses for Canon’s EOS series of interchangeable-lens cameras began in 1987 with the release of the EOS 650, the world’s first autofocus (AF) SLR camera to employ an electronic lens mount, and the EF 35-70mm f/3.5-4.5, EF 35-105mm f/3.5-4.5, and EF 50mm f/1.8 lenses. The EF mount utilised by the camera and lenses not only made possible highly accurate AF, but also anticipated future technological developments including digitalisation, high-speed continuous shooting, image stabilisation, and video recording. This forward-thinking mindset has helped Canon support photographers for more than 30 years.

Amid the transition from film cameras to digital in the 1990s, the adoption of video recording technology for DSLR cameras in the late 2000s and the Company’s entry into the video production industry the birth of the Cinema EOS System in 2012; Canon has continued to develop cameras that meet the needs of their time. Throughout the years, Canon has continued to expand the possibilities of photographic expression by producing a rich line-up of EF lenses — including zoom lenses, IS lenses, wide-aperture lenses, macro lenses, and tilt-shift lenses — and a number of world-first technologies.

Anticipating the next 30 years of social change and technological development, Canon introduced the RF mount alongside its launch of the EOS R system in 2018. In the same year, the EOS R mirrorless camera debuted together with four RF lenses including, the RF 24-105 f/4 L IS USM. Leveraging their characteristically large internal mount diameter of 54mm and a short back focus; RF lenses enjoy greater freedom for lens design that makes possible new levels of high image quality and high performance in compact sizes. To date, a total of 19 RF lens models have been released13.

Moving forward, Canon will continue its mission to expand users’ range of photographic expression as the Company pursues the creation of the ideal lens. 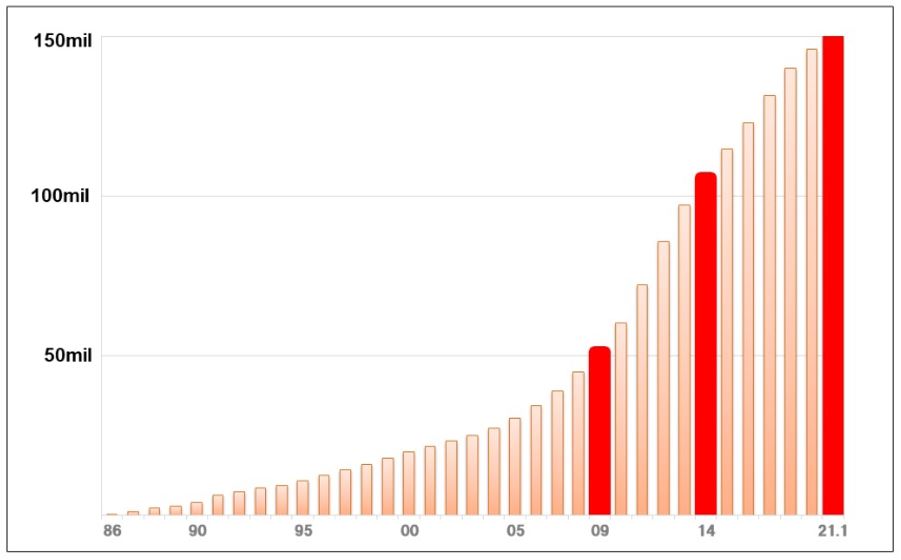 2 Calculated based on the length of the lens’ bodies. Based on Canon research.

3 Among interchangeable SLR camera lenses. Based on Canon research.

6 Reference: In pursuit of the ideal lens.