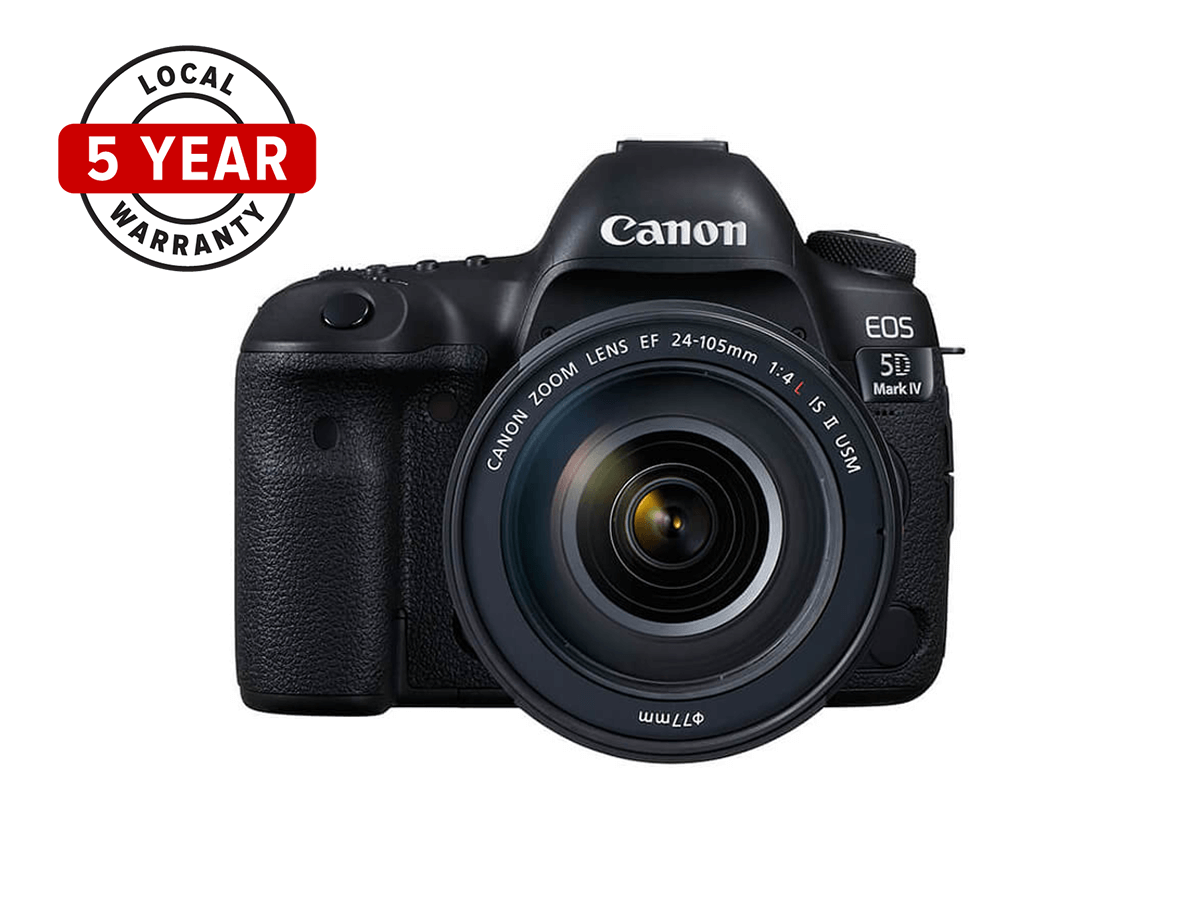 Note:
(1) Once the EOS 5D Mark IV is updated to Version 1.1.0 (or later), it cannot be restored to a previous firmware version (Version 1.0.1 to 1.0.4).
(2) Cameras running Firmware Version 1.1.0 are cameras that have received the charged upgrade service to support Canon log at a Canon service center. Canon Log support will not be affected on cameras running Firmware Version 1.1.0 that are updated to Firmware Version 1.2.1 being released this time. For cameras running Firmware Version 1.0.4 or earlier, even if the firmware is updated to Version 1.2.1, Canon Log will not be supported. Users who wish to have their camera support Canon Log are asked to make a request for the charged upgrade service at a Canon service center.
(3) When using Version 4.7.10 (or earlier) of Digital Photo Professional to edit JPEG/RAW images captured with a camera updated to Firmware Version 1.1.2 (or later), some of the Exif data may be deleted. In addition, chromatic aberration correction, peripheral illumination correction, distortion correction, and Digital Lens Optimizer cannot be used when processing RAW images captured using a TS-E lens (TS-E17mm F4L, TS-E24mm F3.5L II, TS-E50mm F2.8L Macro, TS-E90mm F2.8L Macro, or TS-E135mm F4L Macro). Please be sure to update Digital Photo Professional to Version 4.7.20 (or later) before performing image processing.

Changes in Version 1.0.4:
1. Fixes a phenomenon in which a red-colored area may appear at the bottom-center of a captured image when shooting in bulb mode or during a long exposure.
2. Fixes a phenomenon in which the autofocus may not respond when the autofocus is initiated via pressing the shutter button, the AF-ON button or the AE lock button when configured in the custom control menu.
3. Enhances the reliability of communications between the camera and SD card.
4. Fixes incorrect wording on the Finnish language menu screen.

Changes in Version 1.0.3:
1. Corrects a phenomenon in which the color of images varies depending on the metering mode selected during flash shooting.
2. Improves the reliability of communication when using the EF1.4X III or EF2X III extender.
3. Corrects the level display when the camera is held in the vertical orientation with the hand grip pointing downward.
4. Improves the reliability of communication via USB cable when using the Lens Data Registration function with EOS Utility 3.