Some key features of the Canon EOS R5

Anupam Singh, an Auckland based fashion and editorial photographer shares how the Canon EOS R5 is the right tool for him when it comes to meeting the ever-growing demand of photo and video content from his clients. He started with an EOS 550D DSLR before getting hands on with the EOS 5D and EOS 1D DSLR series; with over 10 years of experience using Canon cameras, Anupam explains his transition over from DSLR to mirrorless. 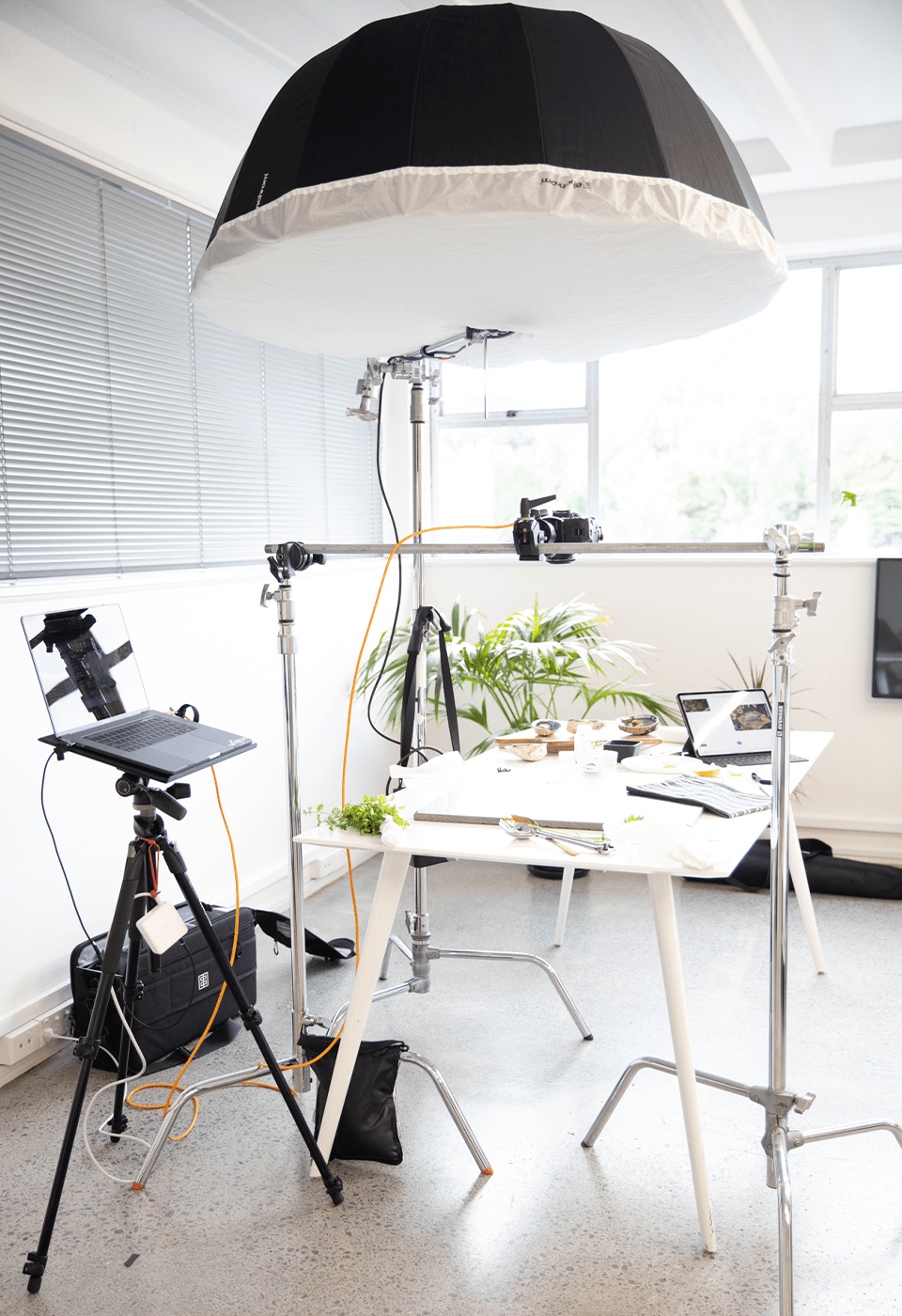 Electronic View Finder: Having an EVF helps immensely when photographing outdoors allowing the photographer to view the exposure of the photo directly through the viewfinder. Unlike DSLRs, you do not have to view the photo after taking the picture to confirm whether it was correctly exposed, resulting in a smoother shoot without disrupting the flow.

Eye Auto Focus: This new feature in the Canon EOS R5 is something I highly recommend people to trial. Eye auto focus makes photographing people so much easier as you can rely on the camera to do all the work while you can focus on the shoot and interacting with your subject. Even while using the Canon RF 50mm f/1.2L USM at aperture f/1.2 you can expect sharp images. I have tried this feature with some of my older EF lenses and the focusing is as fast if not faster than it was on my Canon EOS 1DX or Canon EOS 5D Mark IV.

45 Megapixels: While this might be a high megapixel count for what most photographers need, when it comes to photographing commercial, editorial and fashion this is just right for me. The higher resolution gives me and my clients the option to printer large format or crop in really tight and showcase a certain aspect of the garment without losing detail.

USB-C: This was a game changer for me! The super-fast speed of USB 3.2 Gen 2 means tethering is now effortless and gone are the days where you would look at the screen and wait for the images to load up. Copying the images off the camera is now also much faster, saving you a few minutes each time you save images after your photoshoot.

The USB-C also allows you to charge the camera with a portable power bank that supports PD (Power Delivery). This saves you from carrying extra batteries while travelling as you can just charge your camera with a Power Bank or MacBook/iPhone USB-C charger that is 18w or higher. While shooting tethered to a MacBook I have also noticed that the camera charges when turned off while connected to a fully charged MacBook with USB-C. This comes in handy while you’re on a break on those long full day shoots, saving you from changing batteries. 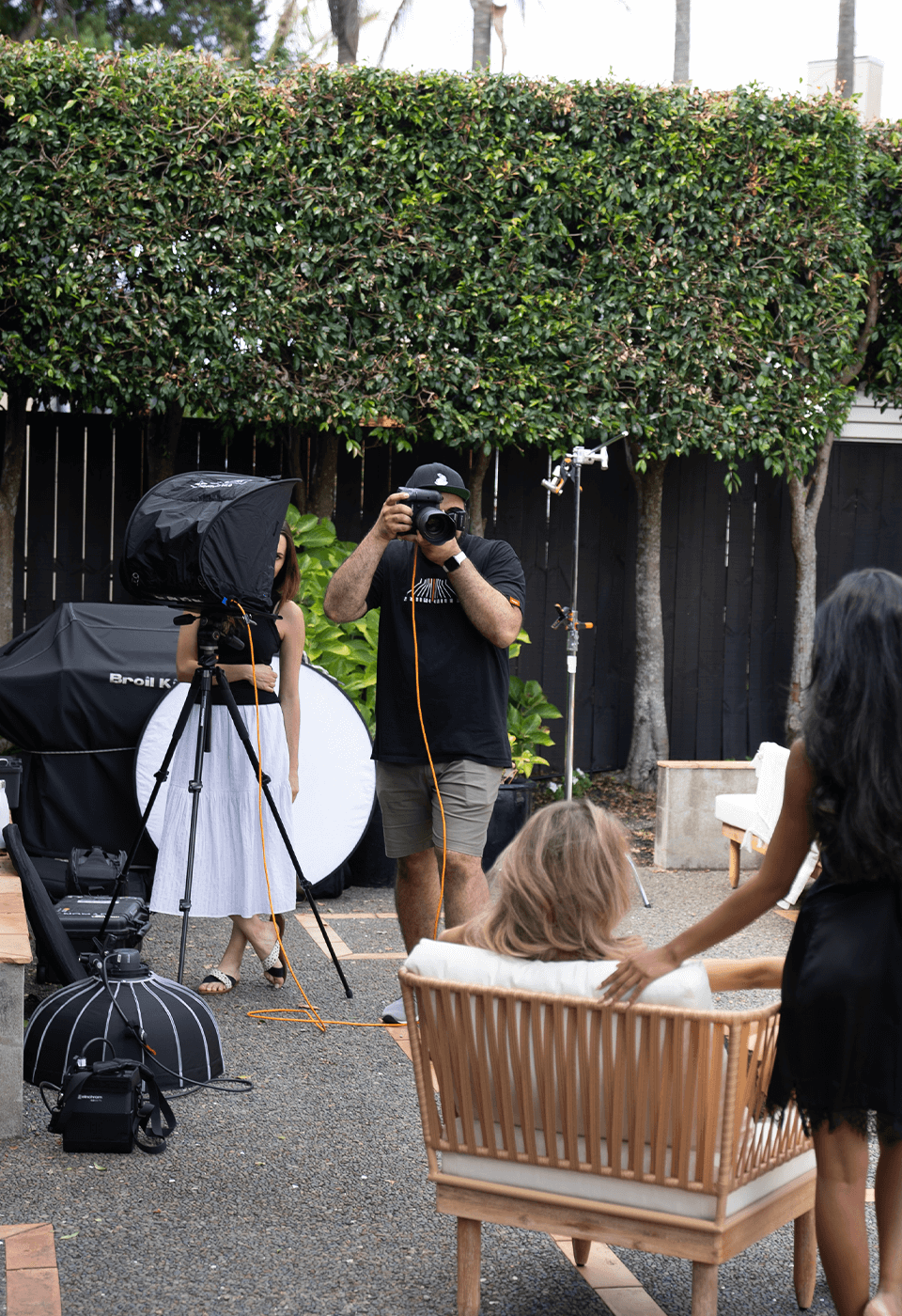 Compact raw (cRAW): When I’m photographing in studio with total control of lighting, I will often switch to cRAW for lower file sizes as this function still retains enough information for web use images. RAW images retain a lot more information in the shadows when compared to cRAW which is the half size of a standard RAW file. This function is perfect for situations where photos are used for web catalogues or social media, saving you a lot of memory card/hard drive space.

Inbuilt stabilisation: This feature is especially handy when photographing outdoors and quickly need some video content as demand grows for photographers to be hybrid shooters (photo and video). More clients also want behind the scenes footage which I also use on my social media channels.

The Canon EOS R5 paired with RF 24-70mm F2.8 L IS USM provides incredible hand-held capabilities offering up to 8-stops of stabilisation. This also means you can get creative and adapt some of the older lens for both photo and video. I have tried this on my Carl Zeiss 80mm lens for the Hasselblad 500c which is a little over 60 years old and produces amazing results on the Canon EOS R5!

Ability to shoot 4K 120fps video: With the rise of video content on social media, the demand from customers also grows. The EOS R5 is an amazing tool that lets me shoot photos at 45 megapixel and shoot incredible video. The ability to shoot 4k and 8k in body is amazing, but what drew me most to EOS R5 was the ability to shoot video at 4k 120fps with full auto focus.

This gives me the option to stabilise footage and use slow motion in behind-the-scenes footage. The latest firmware for the Canon EOS R5 (Version 1.4.0 at the time of writing this) gives you the ability to shoot at RAW Light and IPB (light) which is a much lower bitrate which gives you enough flexibility when editing the footage.

The Canon EOS R5 also records in CLOG3 which is a great feature allowing you to colour grade your footage much better than what you were previously offered. These features were only available in the cinema cameras until recently. 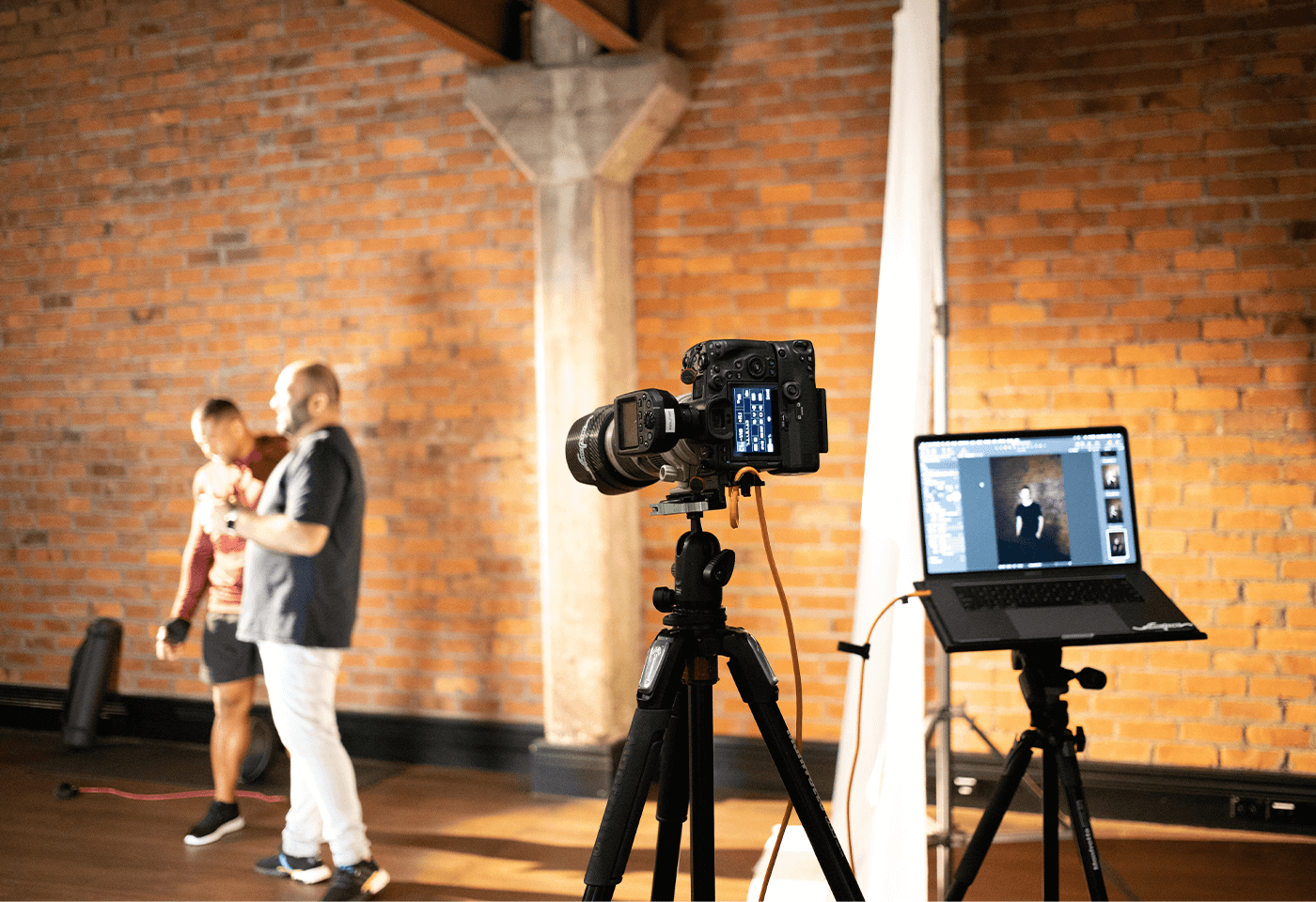 20 FPS Electronic Shutter: I’ve previously photographed both New Zealand and India fashion week over the course of a few years. My choice of camera had been the Canon EOS 1D series over the EOS 5D series due to the ability to shoot higher frame per second, however I also needed a camera that could shoot fast enough and have a big buffer when capturing at this speed.

The ability to shoot at higher frame rates was key and played a big role in deciding to purchase the Canon EOS R5. The12 FPS in Mechanical Shutter mode and 20FPS in Electronic Shutter mode in the EOS R5 has been a game changer when photographing the runway at fashion shows.

The Canon EOS R5 has been an amazing tool over the last year. It has helped me create amazing photos and videos. The overall form factor and the ability to charge the camera via USB-C means I’m not carrying bulky chargers while travelling or carrying gear to on-location shoots. The electronic view finder lets me see the exposure of the photograph in real time and make adjustments quickly. The inbuilt video capabilities are amazing and provide me with enough resolution options suitable for any project. All this backed by the amazing service that Canon overs via its CPS (Canon Professional Services) program, choosing the Canon EOS R5 was a no brainer for me. 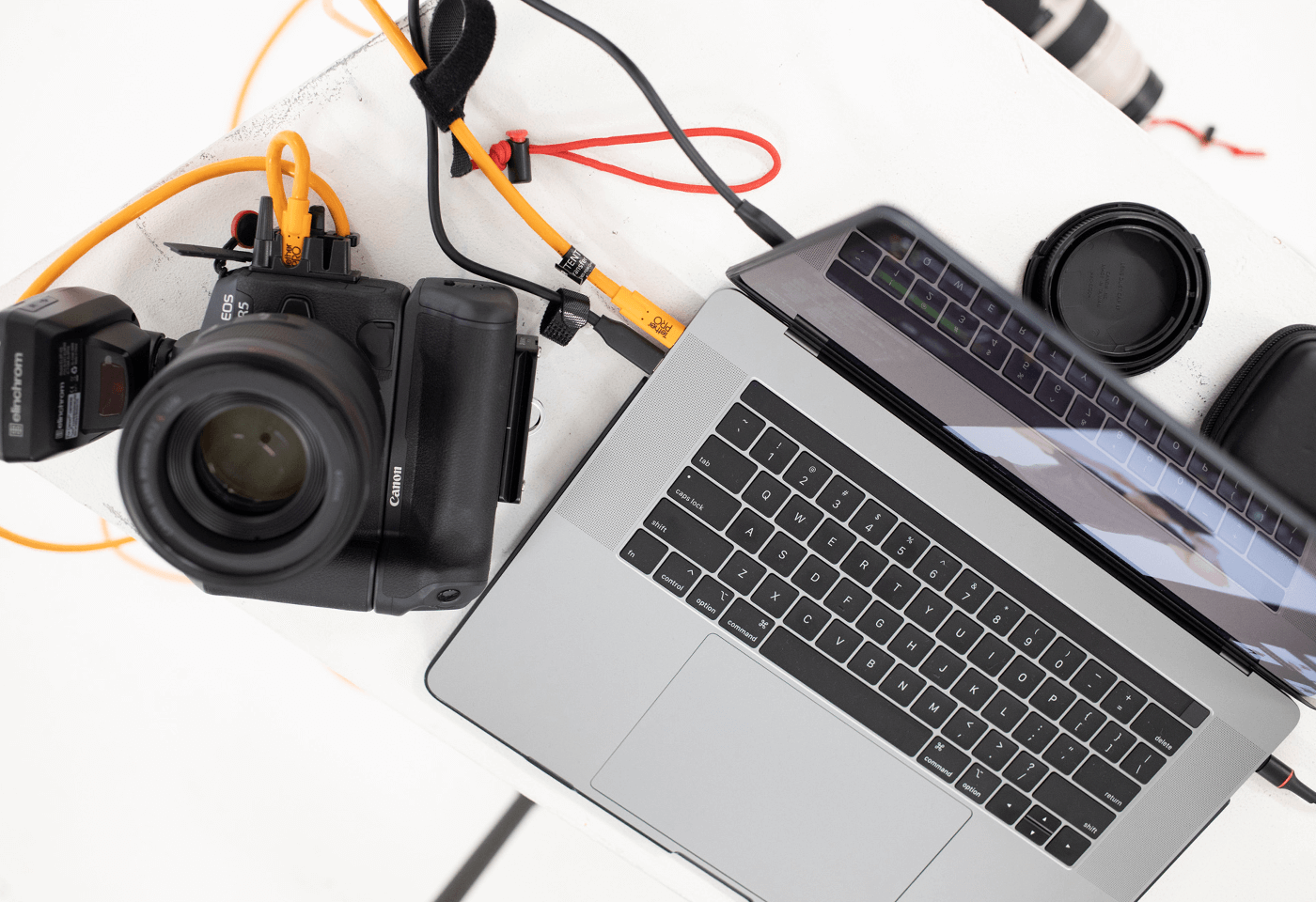