NZ Bio Diversity through the lens of Iain McGregor

When to shoot photos vs video

The rockhopper penguin is going extinct. Nobody is really sure why as there isn’t enough money to do the research required. It’s believed warming oceans may have moved their food sources on the subantarctic islands further south. One of the problems of documenting rare native species is there are not a lot of them and they are hard to find.

I was on a zodiac skirting the edges of Campbell Island in the Subantarctic. The sun was out and the predictable daily high of 8 degrees had been reached. Down there, you could not ask for more perfect conditions. We meandered around a little outcrop of rock and there were some of the rarest penguins in the world. I saw one straight away about to leap between rocks and was fortunate to capture him. We didn’t see any more rockhoppers for the rest of the trip.

One critical moment in the right light that says something is always the goal. That’s what makes it so difficult trying to capture video and photos of the same scene. When do you switch between the two? Whenever you flick it over to video there’s always the chance that photo you’ve been waiting for comes and goes.

This Is How It Ends was a video based project with funding from NZ on Air with the goal of producing a calendar and providing photos to all our Stuff newspapers (so not really just a video project at all).

Whenever I was shooting from a small boat, the movement of the ocean and noise of the engine made video very hard work. It was an easy decision to shoot photos. I made the call to shoot video; only when on land and with a tripod where as anything from a boat were photographs.

Small creatures that fly extremely fast were hard enough to capture photographically, never mind get video sequences of them. I shot video mostly when there was time: when the animals weren’t just giving me fleeting glimpses and when I was able to position myself with a tripod. 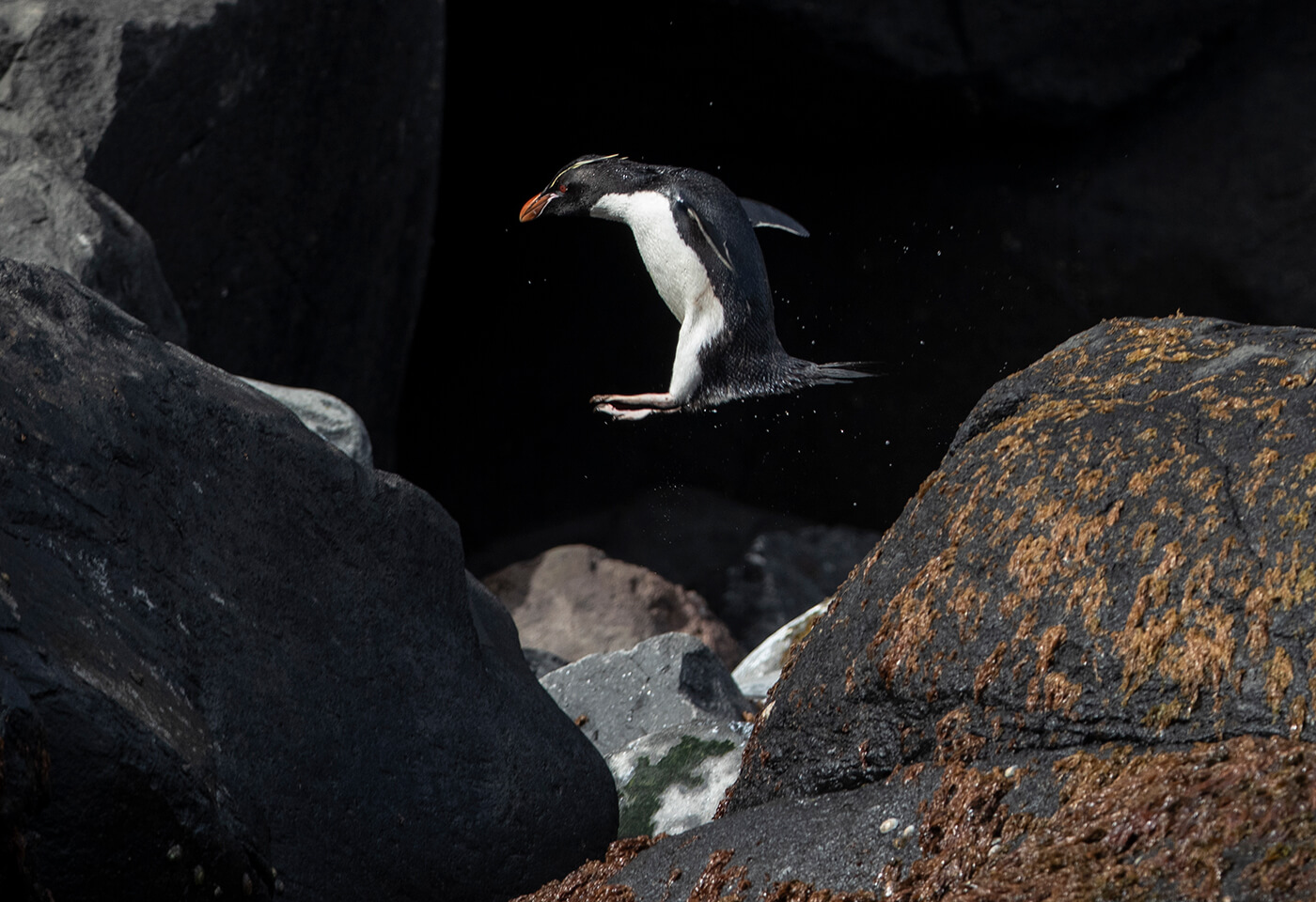 I’m not a wildlife photographer, I’m a photojournalist that spent a year photographing wildlife.

Years of shooting sport was a very helpful in shooting some of the larger wildlife. I stood back at a safe distance and watched them do their thing for a while. I’d approach it in a really similar way to rugby. Try and read what’s going on and position myself accordingly, paying attention to light and camera settings. Eventually they would give you moments that were pretty spectacular.

The smaller creatures were a lot harder. Some of the species were nocturnal and fast.

It became clear very quickly that I wasn’t going to be able to just turn up to areas where I think these rare species live, find them and get photos and video. We made very good contacts with scientists at the Department of Conservation and were able to go with them when they were monitoring, catching and tagging them. This meant I could get very close to the wildlife and see them when they were released which upped the odds greatly. It also gave us a human side of the people trying to help them survive.

The whole point was to try and make people care about endangered species so you really want to see the animals as you would an athlete. You want them in full flight and looking spectacular. The problem with birds is how fast they move. Sun, or flash in the right place, makes their colours pop but in reality when a bird is in the wild you're rarely close enough for flash to be effective. 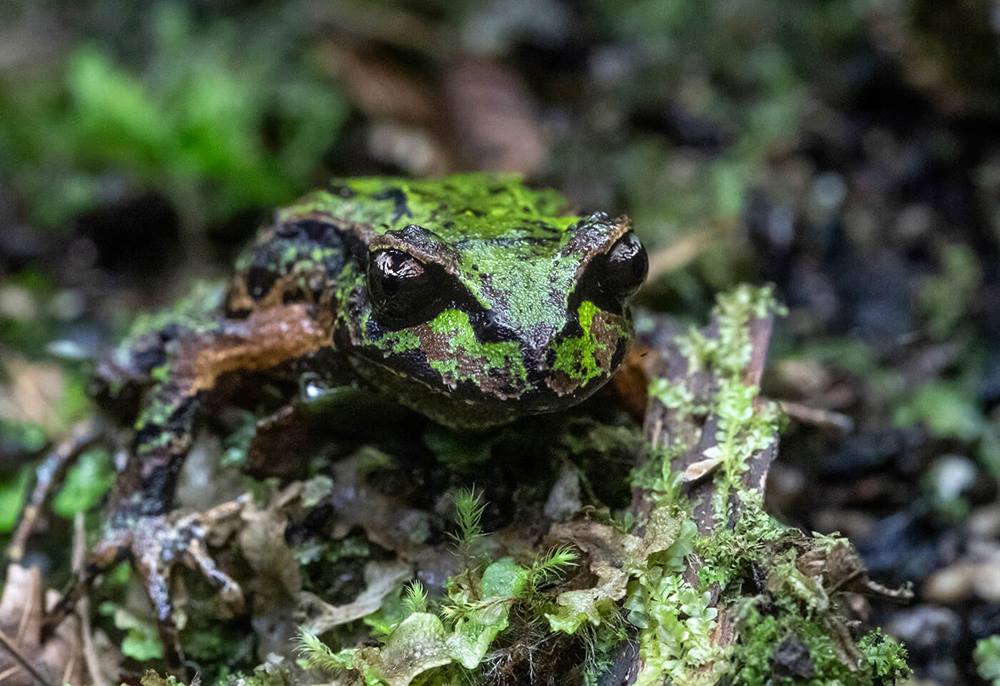 Best and worst creatures to photograph and film

All of the creatures were super cool and unique but some were harder to showcase than others.

Snails and frogs were pretty hard work. The frogs are about the size of a pebble and barely move within a 2 metre radius in their lifetime. They occasionally leap but are so fast and unpredictable when they do.

The Powelliphanta Augusta snails were interesting because they eat worms. But this was one species where I had to focus on making video so the worm-eating moments came and went while I was shooting video. Māui dolphin was another species I struggled with. There are less than 50 in the world and live in very milky waters (it helps them hunt). So you see a dorsal fin above the water and then: nothing.

The best to shoot were species that give a little life and action. Penguins porpoising and jumping out of the water, sea lions fighting on the beach, kea with their beautiful wings and bats just because I’d never seen them before.

There’s a good picture to be found in any of these creatures but time and deadlines call. I can’t spend a year trying to get an epic picture of a Māui. I had to balance what I could realistically do with getting everything else I needed to tell the full story of our biodiversity crisis. 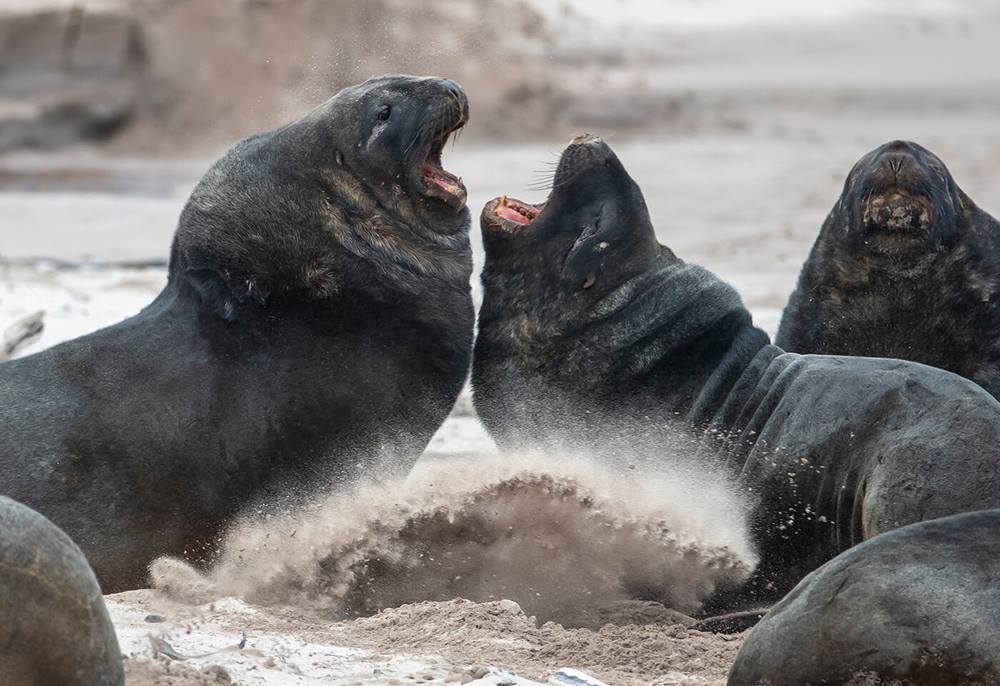 We were trying to document these animals, not stress them. I know for some Attenborough productions that the animals have been caught and filmed in studios. They tell viewers they do this to maintain credibility. For us it was very important that everything we did was natural. We don’t ask people to do things and we filmed and photographed the animals in the wild. This made it bloody hard but at least it’s authentic.

When I was filming and photographing animals that were caught, it’s important to know that they were being caught for science and research, not for me. I would just go along at a time when that was happening and document what they were doing. I would take advice from the scientists as to what my appropriate behaviour should be. 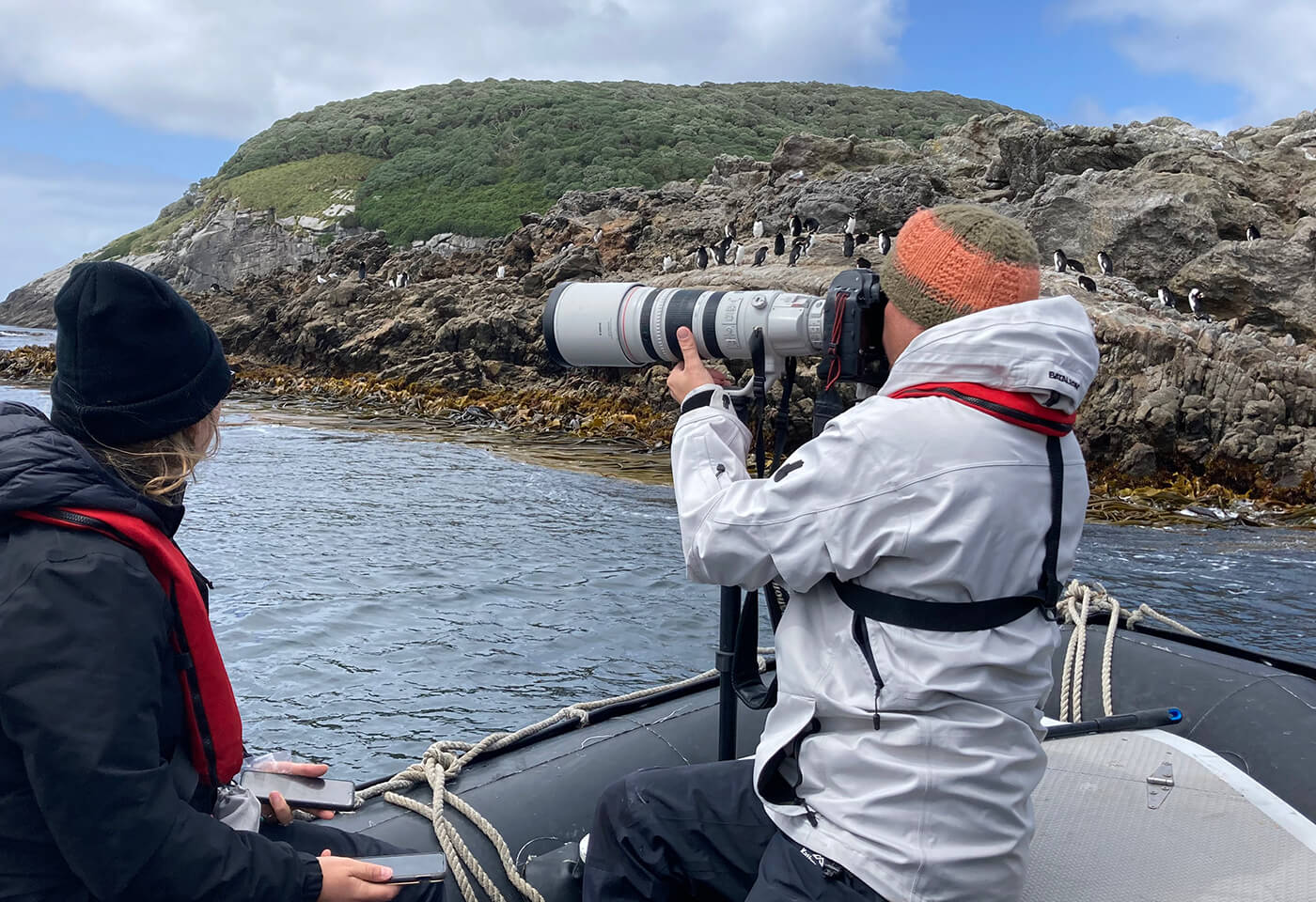 Equipment really does matter for this sort of work.

About 90 per cent of my pictures were shot with a Canon EOS 1DX Mark II and a Canon EF 200-400mm f/4L with 1.4x inbuilt converter. Speed is everything. Your focus needs to be fast - and so does the motor drive. The encounters are often fleeting and you need to nail them when you see them because the rarity of the animals means you may not get another chance. I’d always travel with a lot of equipment but then read the situation when I got there, talk to the scientist and then make a call on what to take into the bush. Reality is you have to hike or boat to most of these areas so you can't take the whole lot. 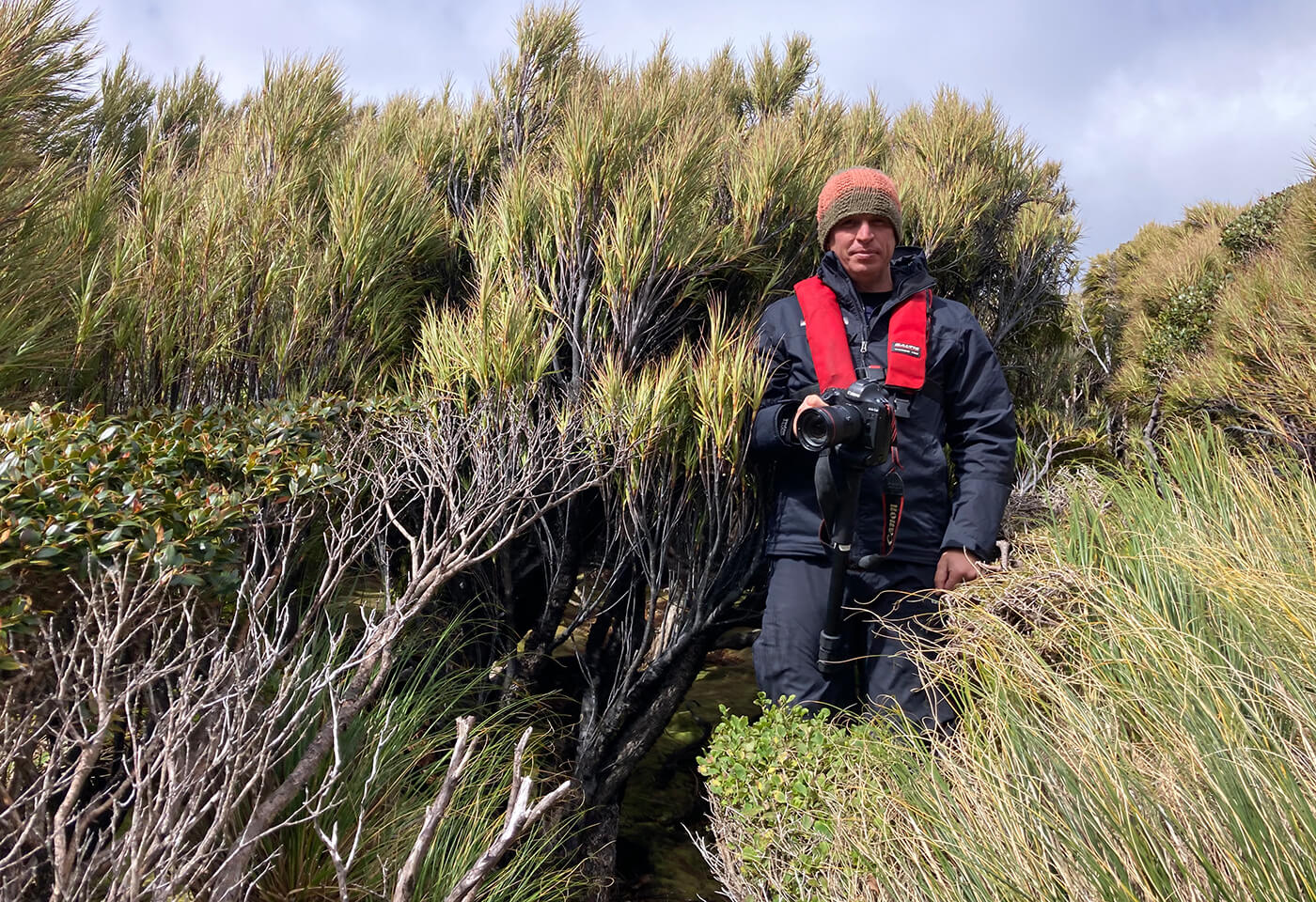 Over 12 months, I shot 3.7 TB of data. This includes many hours of video footage including interviews with about 50 people. It’s the biggest project I've done and I needed a way that makes sense to me on how to find everything.

There were seven parts to the series. started with folders named after each of those chapters: seabirds, native birds, oceans, ‘all creatures great and small’, freshwater, forests and ‘The Island’. Inside each of those folders would be a folder for photos and for videos. The photo folders would contain the ingest dates of every day I got my camera out. Every one of the thousands of photos was ingested with dates, times, locations, and basic caption information. The video folder had subfolders with the locations relevant to that part. The contained video files ready to drag and drop onto a timeline.

The entire hard drive was backed up and then backed up again so my colleague in Wellington had her own copy. Three is better than one - it’s a lot of work to lose. There may be an easier way but that’s what made sense to me. Workflow is so important, being able to find things in among tens of thousands of files when you’re editing to a deadline. 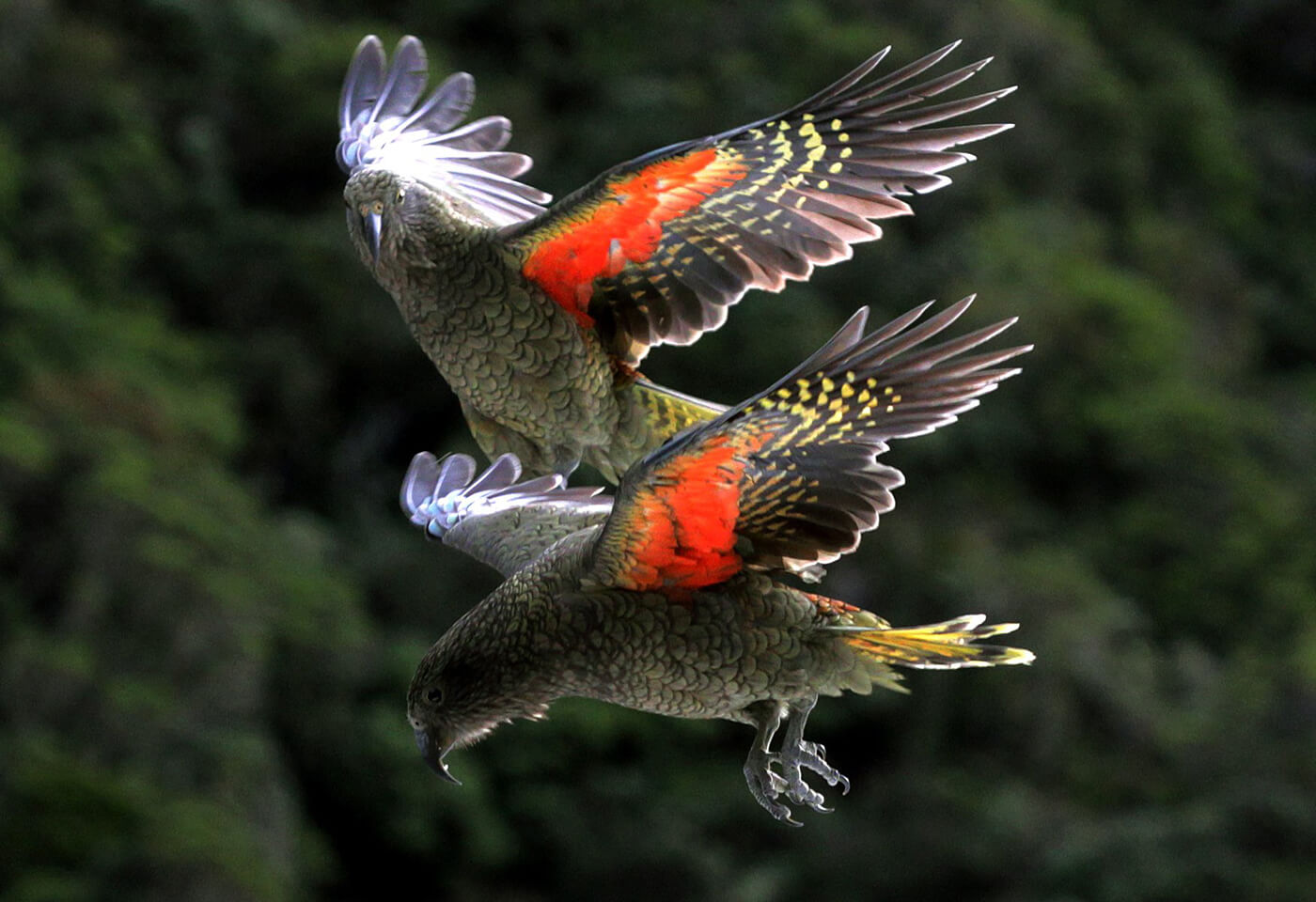 Look around once in a while and smell the roses

It can be so frustrating sometimes. I remember looking up into the bush listening to a rare hihi bird, trying to locate it so I could position myself. All I saw was this growing blob until it hit me. I got crapped on by one of the rarest birds in the world.

At the time I was so frustrated, I wasn’t getting what I needed and my colleague was laughing at me (fair enough). I got my own laughs when she was bitten by a kea and pissed on by a bat. But when things were not going well or the weather was miserable, you need to take a look around at where you are, what you’re doing and give yourself an uppercut and realise how amazing the landscape and wildlife around you is. 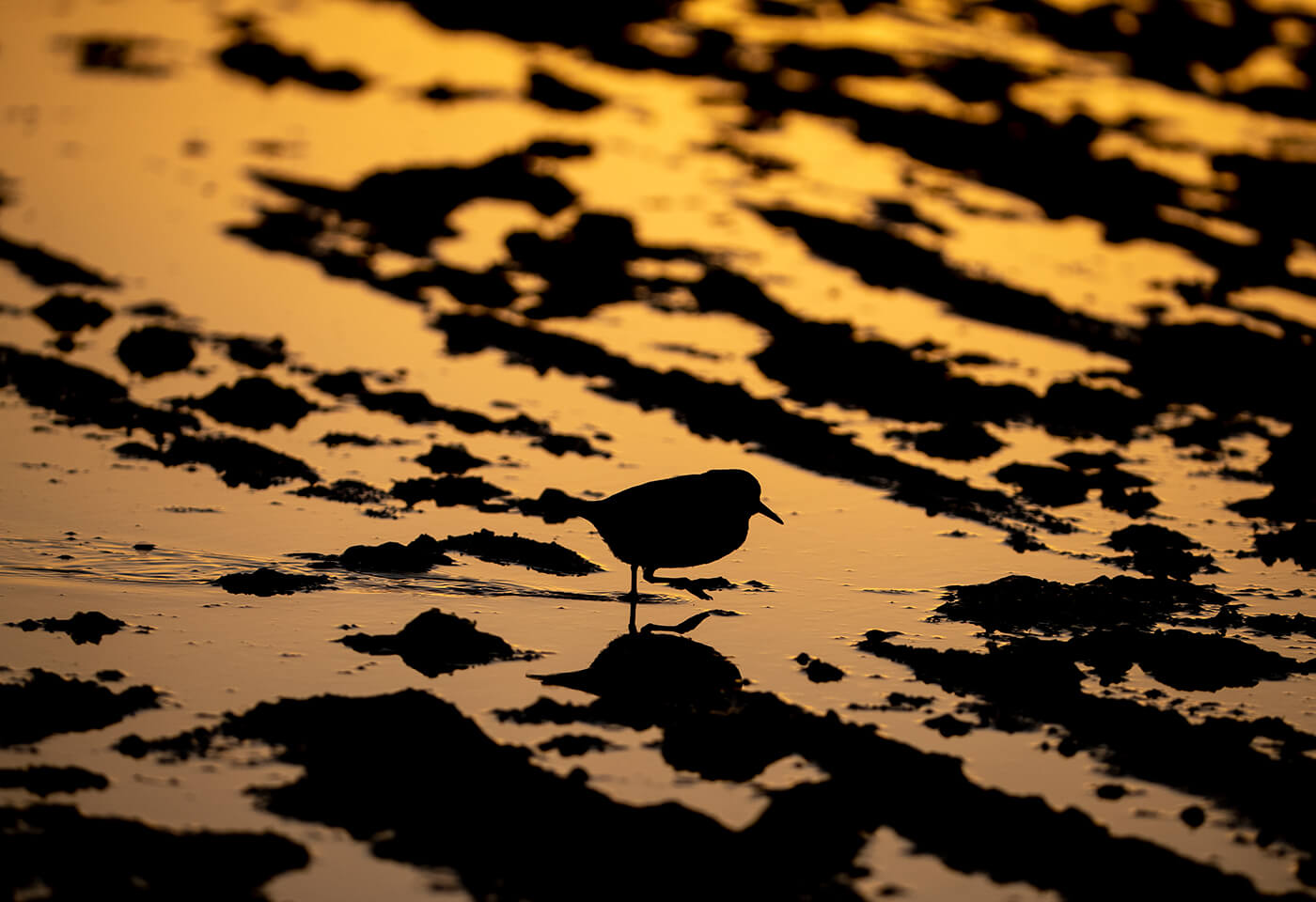 Iain McGregor is a senior photojournalist at Stuff with more than 20 years' experience.

He’s documented famine and conflict in South Sudan, the early melt of sea ice in Antarctica, human trafficking in South East Asia, the clean up of ocean plastic on Henderson Island in the South Pacific, and the life of isolated tribes in Papua New Guinea. He also covered the devastating earthquakes in Christchurch and the Pike River mining disaster, the Olympics, and rugby, football and cricket world cups. 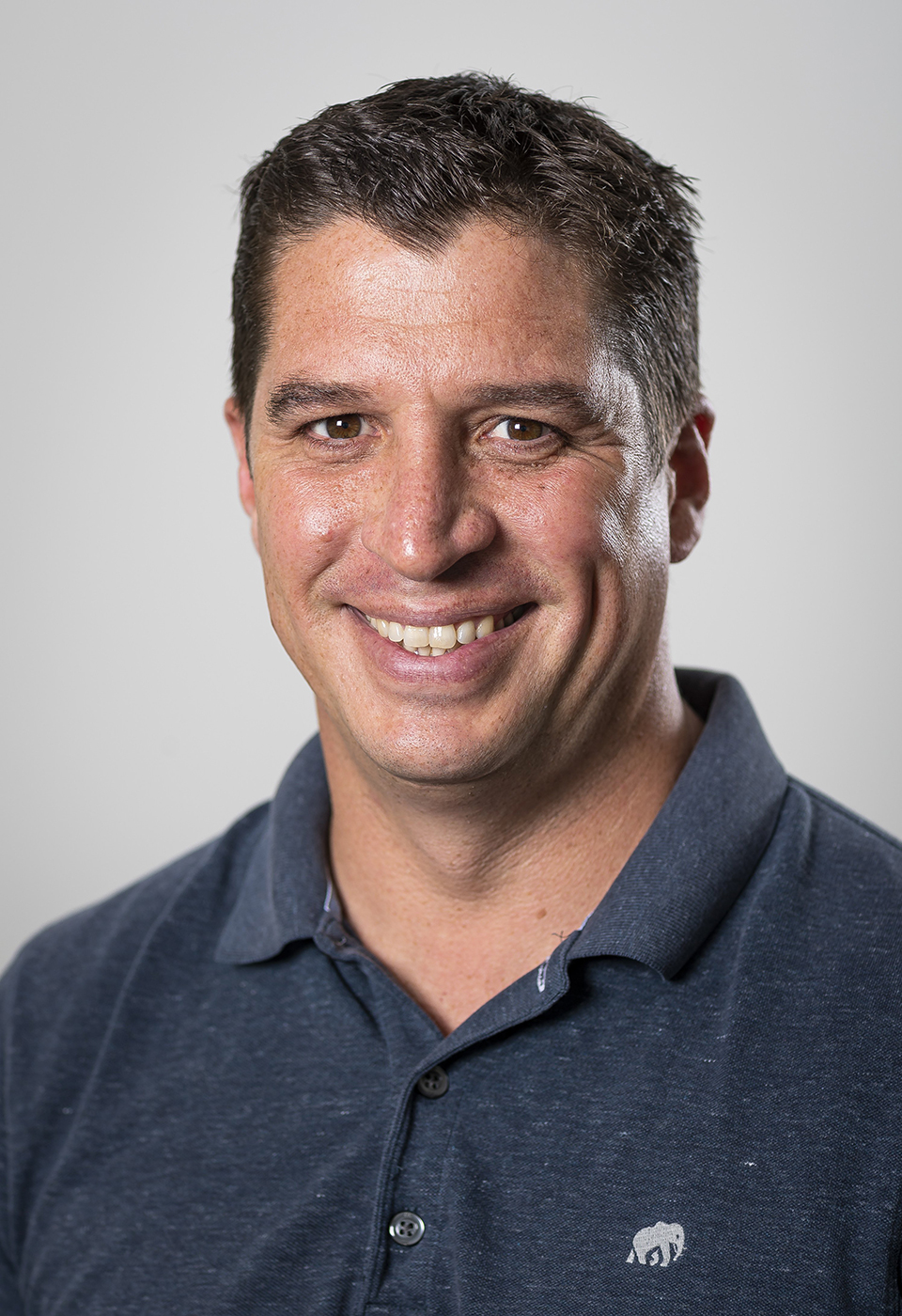