Head of Arts at Kingsway School in Auckland, Trebilco is recognised for outstanding dedication to her work.

It hasn’t been the easiest of years as organisations of all kinds grapple with COVID implications and dramatically altered ways of operating. But in these tough times, resilient and innovative individuals shine and inspire others with their ‘can do’ approach.

The Canon Business Bestie competition celebrates unsung office heroes who make work-life that much better. People across the country nominated their ‘Bestie’, explaining what makes them so awesome and how their organisation can’t do without them. Canon’s panel of judges then shortlisted nominee’s to five finalists, and opened it up to the public to vote for their favourite.

Head of Arts at Kingsway School in Auckland, Trebilco is recognised for outstanding dedication to her work, notes Associate Principal Jonathan Price who nominated her for the Bestie. “Claire is a passionate arts teacher and a superstar in our school,” he says.

Having tenaciously led the school production of Aladdin for the last two years, the show was cancelled in 2020 due to the pandemic.

“Claire was gutted for the kids who had worked so hard and missed out. Her passionate and empathetic leadership over the past 20 months has been incredible to see. She has loved our students, cried with them and demonstrated what it is to stare adversity in the face and to get up and go again,” Price adds.

Trebilco reflects on the trials and tribulations she, her colleagues and students have endured through recent events: “We get to live through it with the kids, we teach more than just content and can really journey with them through it. Within the arts, you get real and authentic insights into who each student is.

“We are so privileged to have that space to connect with them on a deeper level, there are no physical barriers which creates such an open and honest space where the students feel comfortable to truly express themselves.”

Demonstrating that even the hardest of times can’t dampen the spirits of an enthusiastic leader, Trebilco returned from maternity leave at the start of 2021 determined 'that the show must go on', picking up and running six months of rehearsals and opening the show in August. 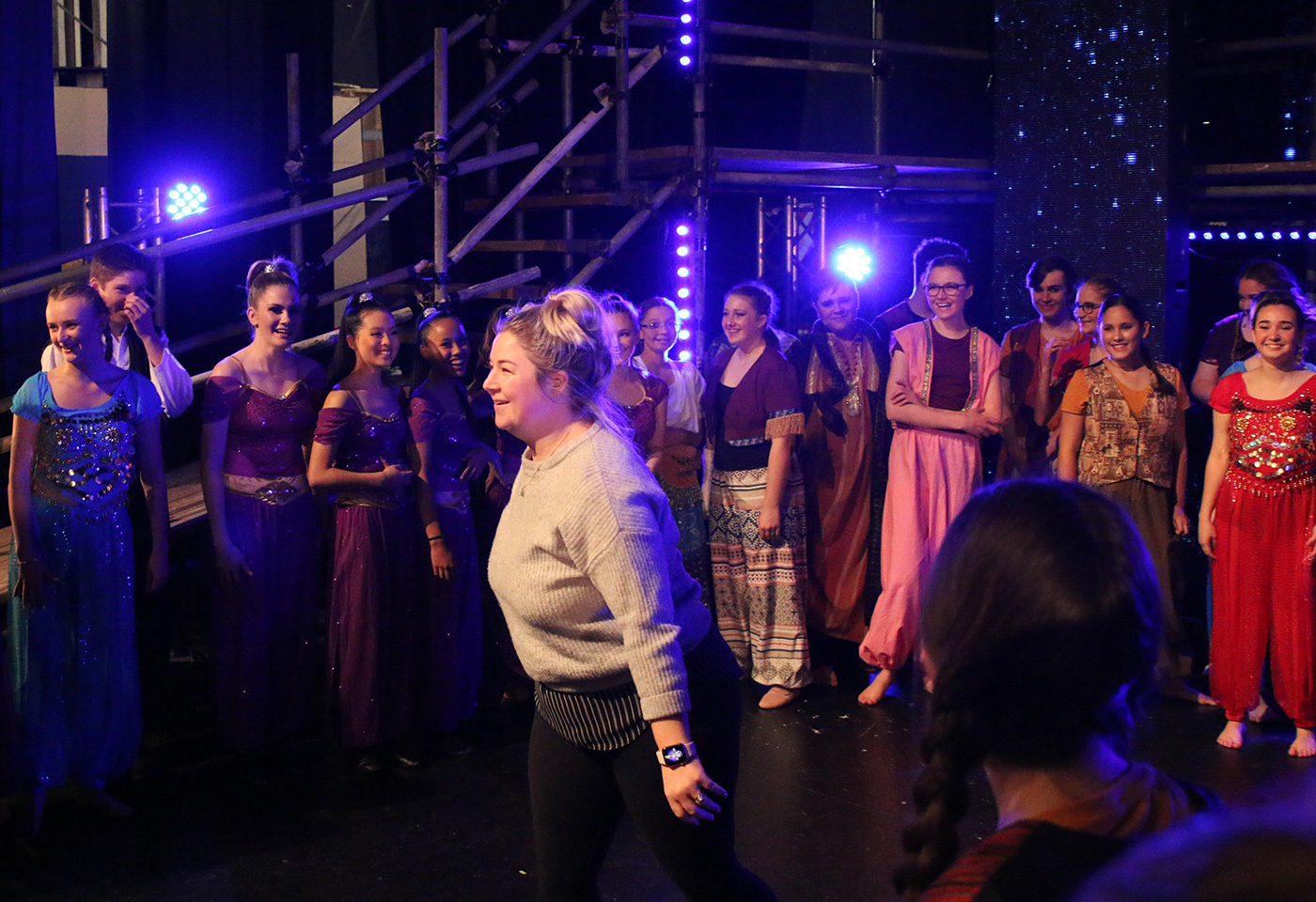 The triumph was short-lived, however, with preparations for the second event in a sold-out seven-show season interrupted by news of the country again entering lockdown.

Having enjoyed a long and fruitful association with Kingsway School, Trebilco herself was a student here and throughout her years was influenced by Cherie Perrow, a teacher she now has the honour of working alongside.

“I stand on shoulders of phenomenal people who have gone before me. It’s awesome to follow through on that legacy, showing the impact we have as teachers influencing and inspiring those who come after us,” she says.

Being your best at work is a team sport, says Trebilco, and she acknowledges a great support network within the school’s creative team, noting their efforts putting in long hours preparing for the show.

“I’ve enjoyed the Business Bestie campaign by reading all the stories of the nominees. Being able to identify people who go the extra mile is inspiring and we should encourage, and celebrate those who are doing amazing work.

“In New Zealand, we have quite a strong culture of tall-poppy syndrome, so seeing a brand like Canon saying we should raise each other up instead of cutting each other down is really cool to see.”

While being the Canon Business Bestie is a reward in itself, Trebilco also receives a Canon EOS M50 Mark II Mirrorless Camera and wins a four-night getaway to the Canterbury region, something she looks forward to enjoying with her husband and greatest supporter.

Get the best of Business Insights and Offers in your inbox

Work smarter with Canon. Sign up for the latest Business news, tips and insights to stay informed and ahead of the game.