Legendary sports photographer Hamish Blair was one of a handful of pro shooters to be invited to test out the new lightning-fast Canon EOS R3 at this year’s major tennis event in Australia. Read on to hear his story and find out how he got on with Canon’s first mirrorless camera designed specifically to capture high-octane sports action.

“There are no reshoots in live sport, so when it happens you have to be ready!” 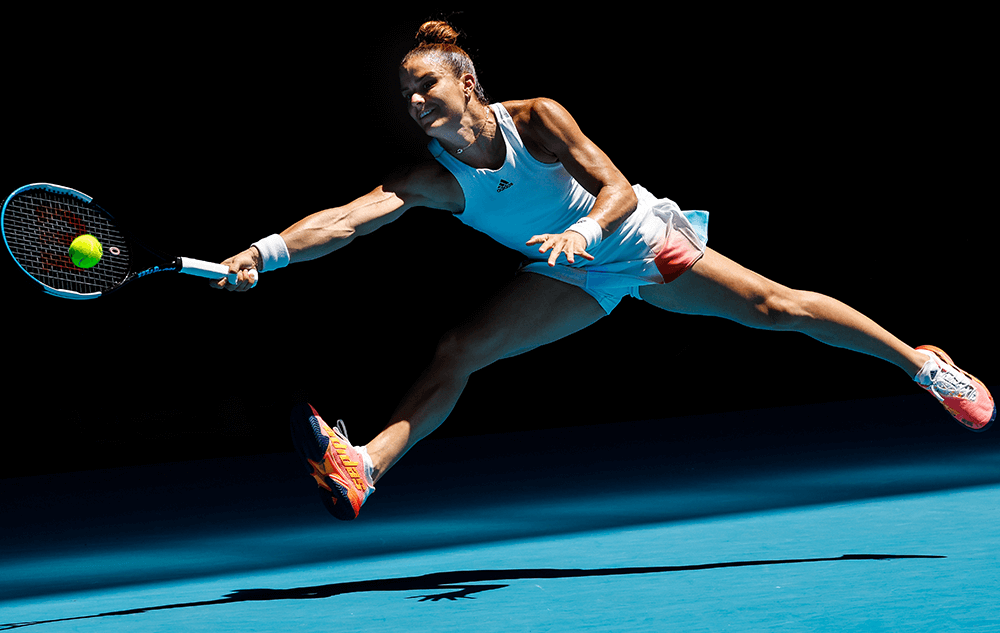 Over the last few decades, Hamish Blair has travelled the world in pursuit of the biggest stories in live sport. Whether shooting the Olympics, Ashes Cricket, Champions League or Commonwealth Games, he’s earned a stellar reputation for capturing the most high-pressure moments in sporting history.


Playing in the Big Leagues

Hamish’s career began at Sporting Pix, the Melbourne sports photography agency. “I suppose it was an informal apprenticeship,” he says. “I couriered film from sporting events, did film processing, editing and scanning.” He soon went full time, shooting everything from AFL to basketball, and even travelled overseas to cover the 1998 Commonwealth Games in Kuala Lumpur.

New opportunities arose when Sporting Pix was sold to Getty Images 1998, which saw Hamish spend a decade covering the Australian cricket team’s tours, as well as the Sydney Olympics. “In 2007 I transferred to London and spent four years working in the UK and Europe, shooting Premier League soccer, Wimbledon tennis and the Champions League final in Rome.”

After returning to Melbourne in 2011, Hamish left Getty to embark on his career as a freelance sports photographer. “The change from being on staff at an agency to working freelance was a big challenge. Not having the security of a regular salary is an adjustment that takes a lot of time to get used. However, it is also very rewarding to work for yourself.”

“Sports photography is all about capturing key moments, whether it be the winning goal or the emotion of a key wicket. I want to convey these moments as best I can while telling the overall story of the event.” 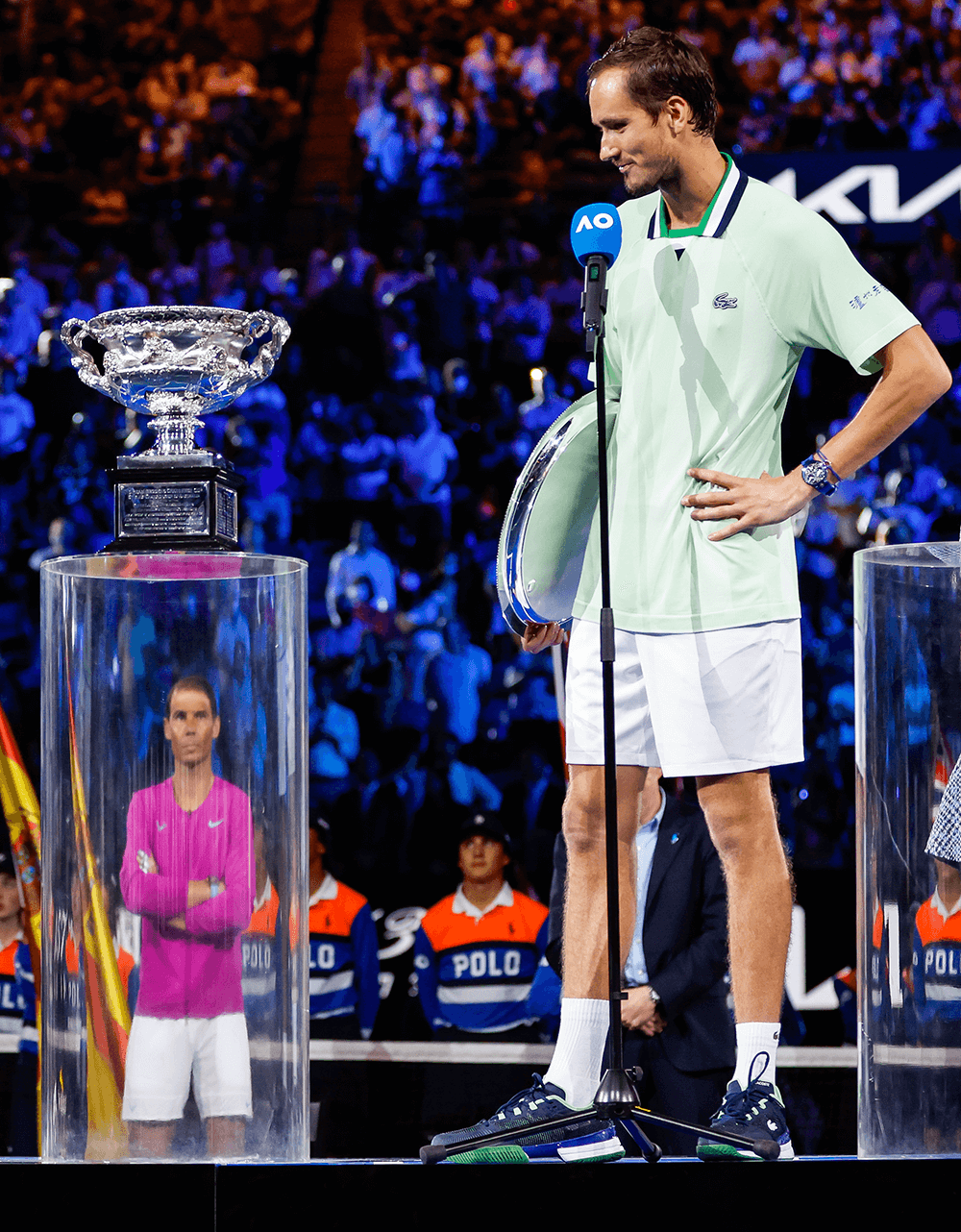 Challenges aside, Hamish quickly established himself as a freelancer who media agencies could count on to deliver the goods. Today he works alongside some of the biggest names in sports photography and shoots many of the most high-profile games, matches and tournaments. He remains loyal to his roots, however, and the people he began his career alongside.

“Starting at Sporting Pix, the owner Tony Feder and staff photographer Stuart Milligan, both amazing photographers, had a huge impact in my early career. At Getty I worked with Mark Dadswell, who is also a brilliant photographer. While covering cricket, I have spent many long days shooting alongside the incredible Phil Hillyard and anyone who has seen his work knows just how good he is.”


Tools of the Trade

“It would be impossible to take the photos I want to take without the right equipment.” 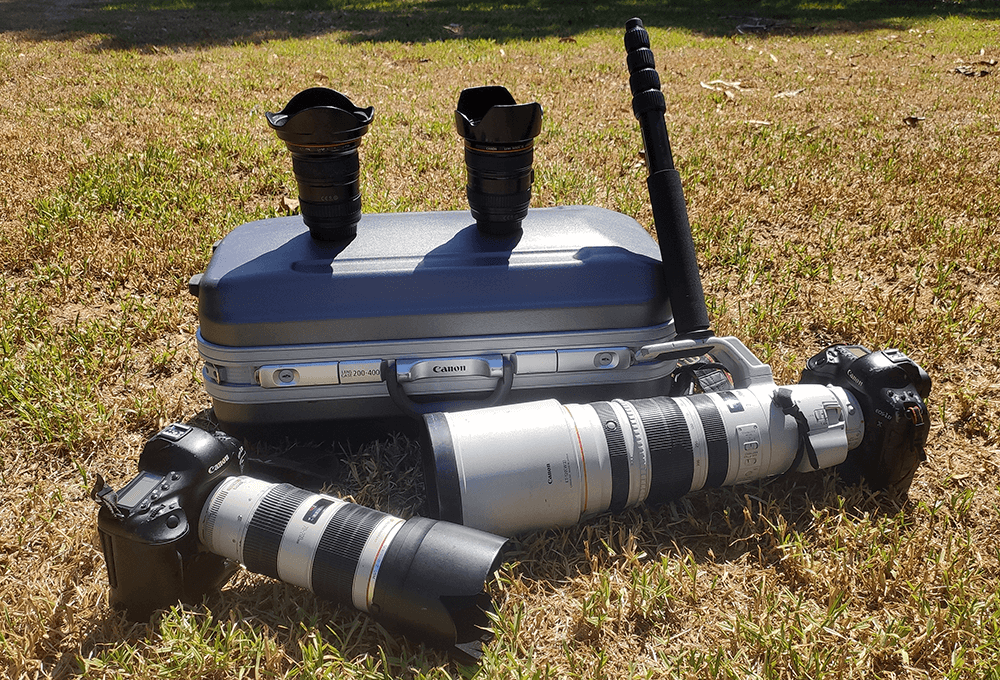 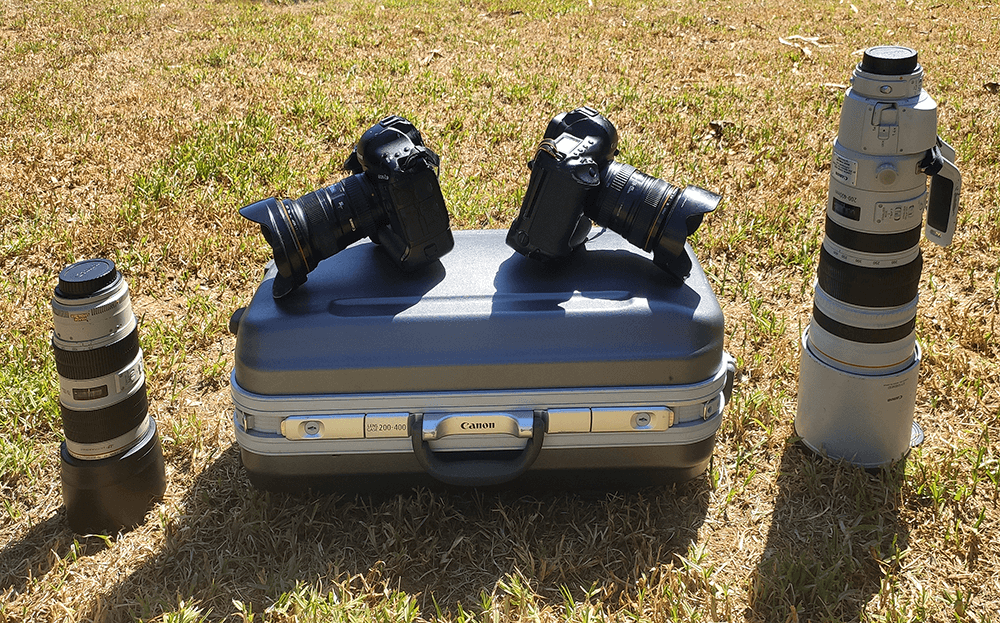 As well as having the right gear, Hamish says that it’s also essential to adopt a winning state of mind. “Patience and concentration are vital! For example, a cricket match can last all day and the defining moment can happen in an instant.”

At the first international sporting event in Australia since the release of the EOS R3, the Canon Professional team provided on-site CPS support to local and international accredited photographers.

“It is a remarkable camera.” 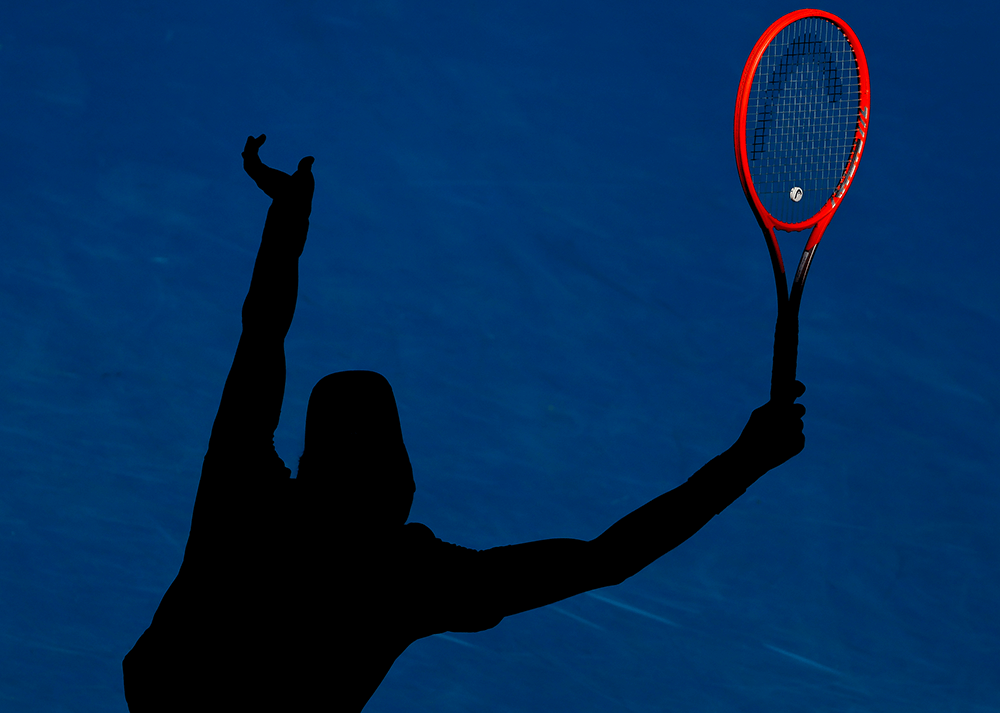 Hamish was loaned an EOS R3 to shoot with during the tournament while freelancing for AP, making him one of the first pro photographers to put the new camera through its paces at a major international event.

It was also something of a first for Hamish, as it was his first time shooting a major sporting event with a mirrorless camera.

“It was amazing how quickly I adapted to these new features.”

“It is a remarkable camera. I have had very limited experience with mirrorless cameras, so the big initial difference I noticed was the viewfinder is an electronic display not a direct view through the lens and when taking photos, there is no mirror lifting up to momentarily block the view. Along with the silent shutter, it initially felt like I wasn’t taking photos as I wasn’t receiving the feedback I was used to from 25+ years of shooting with SLRs. There is an option to add an artificial shutter sound, which I used for the first couple of days, but then I turned it off as I became a bit more used to the camera.”

“When shooting the night matches when the light wasn’t as bright, I used my 200-400mm f/4 with the RF adapter, which performed faultlessly.”

Despite being a lifelong DSLR shooter, Hamish quickly felt at home with the mirrorless EOS R3 camera in his hands. And as can be seen from his stunning images from this year’s recent majot sporting event, he was quick to put the camera’s next-generation technology to work. “The focusing system on the EOS R3 is amazing, and the facial recognition and AF subject tracking was perfect for shooting tennis. Once it locked on, it tracked the subject all over the frame, which made it much easier to compose photos while shooting, rather than needing to keep the subject relatively centred.”

The EOS R3’s myriad customisation options and functionality also helped Hamish set up the camera to suit his shooting style. “I only scratched the surface of the customisable focusing modes and custom functions, but I did set up a second focus button with a more traditional centre focus point, which was useful when taking photos with more than one person in frame.”

“Being able to review photos on the EVF instead of looking at the screen on the back of the camera was another major positive.”

Ultimately however, it was the EOS R3’s blistering-fast speed that allowed Hamish to unlock a whole new level of sports photography. “Shooting at 30 frames per second allowed me to catch action that would otherwise have been missed. The classic tennis action photo, tight in on the player with the racquet and ball, became a lot easier to get and I often had three or more photos to choose from a single shot! Despite shooting at 30 frames per second, I never reached a buffer limit. Even during extended after match celebrations where I shot continuously for quite a while, there was never an issue.” 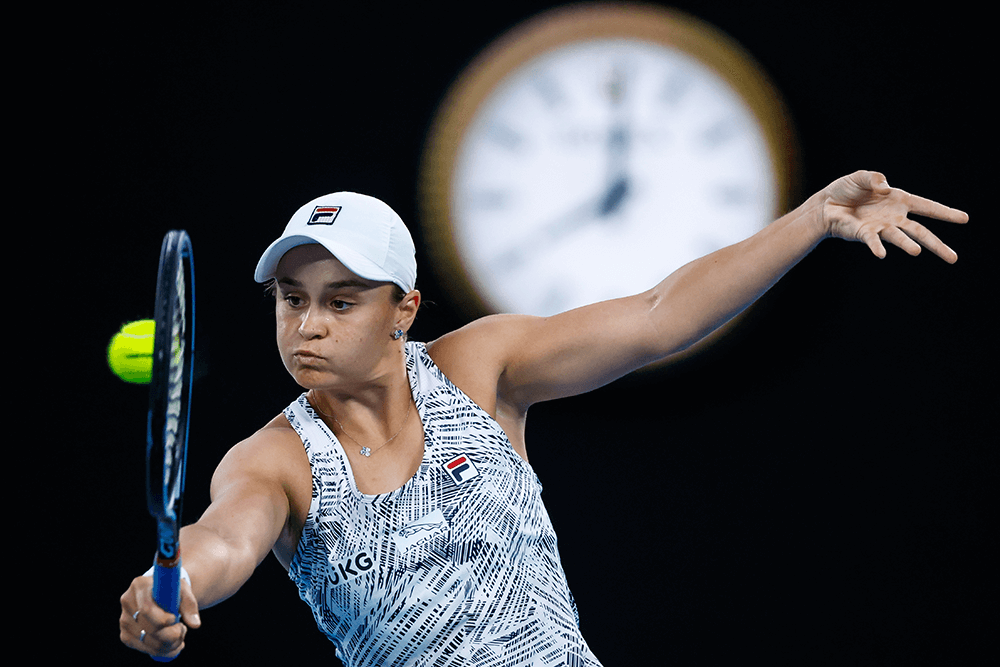 As with many mirrorless converts, Hamish says he also appreciated the many benefits that come with shooting with an electronic viewfinder. “Being able to review photos on the EVF instead of looking at the screen on the back of the camera was another major positive. Particularly when shooting in harsh contrasty sun. No matter how good the screen on the back of a camera is, it’s difficult to review your shots on the back of your camera. But also, when working in difficult light, being able to look at the clear crisp screen inside the electronic viewfinder made it so much easier to fine tune exposures. A player wearing a white shirt in full sun, but whose face is shaded by a cap can be very tricky to balance and being able to see exactly how much detail was in the shaded areas of an exposure really helped.”

But it wasn’t only the speedy 30fps frame rate that helped Hamish nail the action. The EOS R3 also boasts a top shutter speed of 1/64,000th in electronic shutter mode, making it significantly faster than most current pro DSLRs.

“It was amazing how quickly I adapted to these new features. My second camera during the shoot was a DSLR and whenever I used it I was continually trying to review my photos on the non-existent viewfinder display! 25+ years of shooting one way and then, within a day or two, I had totally adapted to a new way! 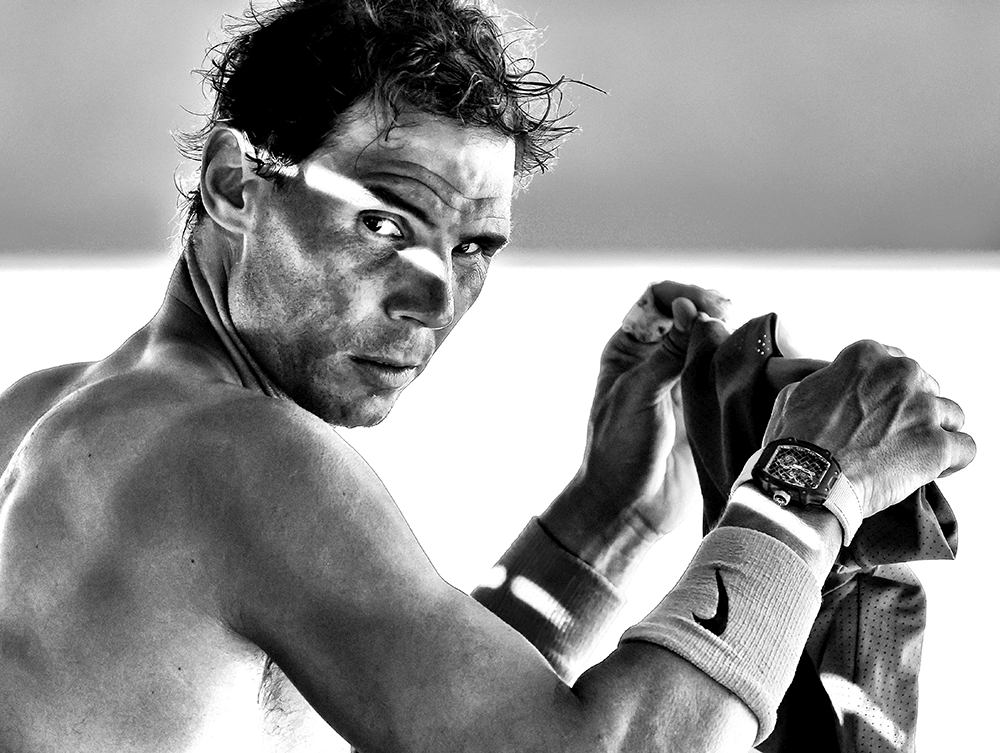 
Teaming Up with Canon’s Professional Services

What’s better than shooting at Australia’s major tennis event with the brand new EOS R3? Shooting at the event with the EOS R3 and the CPS team in your corner, that’s what. “I had hoped I may get the opportunity to try the EOS R3, even just for a match or two, so to get one for basically the entire tournament was a huge bonus. The Canon team were generous with their time, helping me adapt to the new features, but also lots of little things like extra spare batteries when needed, loan of a flash and other equipment. The logistics of having so much gear available to all the photographers during the tournament as well as offering cleaning and servicing on site was great.”


Inspiring the Next Generation of Sports Photographers

Hamish was generous enough to share a few tips to photographers who would like to follow in his high-paced sporting footsteps. Here’s what he had to say:

1. Be patient and concentrate – the key moments can all happen in a split moment and then be gone!

2. Try to anticipate the action – you can never know for certain what will happen next, but you can often make a good prediction and make sure you’re ready to capture it.

3. Know the sport – knowing the rules and key players is key to helping you capture the best photos.

4. Be prepared – pack the right gear and know how big the playing field is and how close you’ll be able to get. Check the weather forecast and take your wet weather gear even if you don’t think you’ll need it!

5. Practice – it doesn’t matter the event, just get in touch with a local sports team and arrange to shoot them playing or training. Look at what other photographers are doing, look at sports photos you like, work out why you like it and try and work out how it was shot. Ask questions, in general, photographers are nice people!

Find out more about Hamish and his work on his website. Discover the EOS R3 here.