This Mesmerising Cicada Time-lapse Will Make Your Skin Crawl

12th December 2017
Wildlife advocate Brad Leue spotted this spectacle unfolding on the veranda of his home in the Kimberley, Western Australia. “I had been living in the bush at the time, and one night I was out on my veranda and came across a nymph crawling up my verandah post. It attached itself and began its transformation to its completed form,” says Brad.

Over the next two hours he skilfully documented this ‘emerald fairy’ cicada — or Taurella Viridis, as it’s scientifically known — breaking free of its nymph exoskeleton. 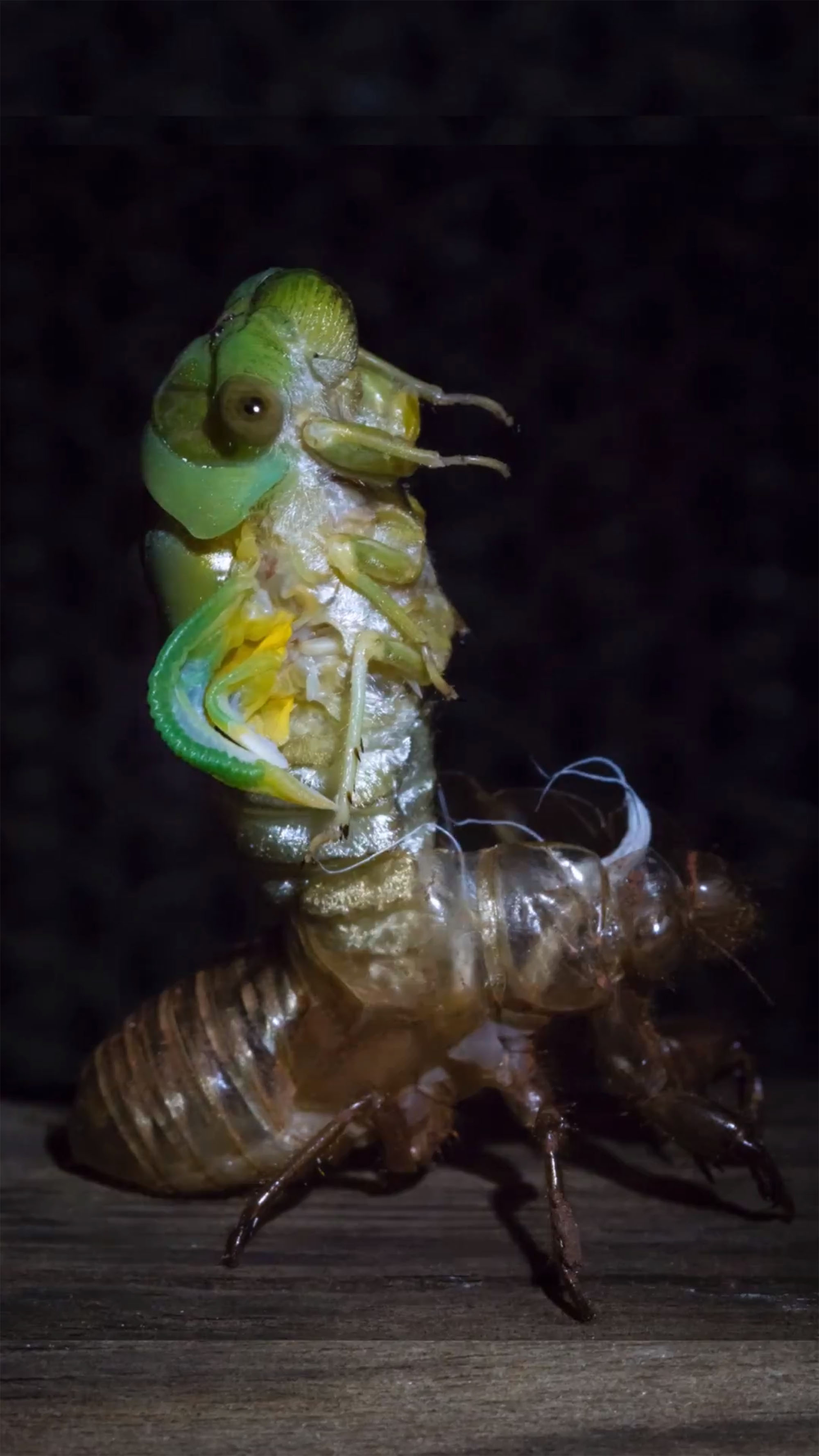 The cicada emerging from its nymph exoskeleton.

“I felt the time-lapse process was best suited to capture the pulsating and subtle movements that break the cicada out of its previous state,” says Brad. “I use time lapse for documentary scene transitions quite regularly, but this was the first instance I have used it to capture wildlife.”

“The biggest challenge in capturing this sequence was organising a light source which would illuminate the subject for the entirety of the transformation. With almost 3,500 images shot to capture the process, flash wasn’t viable. The final set up included a head torch, in which I attached a hot shoe mount, allowing me to beam gentle light over the subject.”

“As the cicada’s transformation developed, the depth of field and focus point needed to change. At each stage of development the cicada would pause for several minutes to rest and regain strength. During these intervals I would recompose the shot to best capture the next stage of development.” 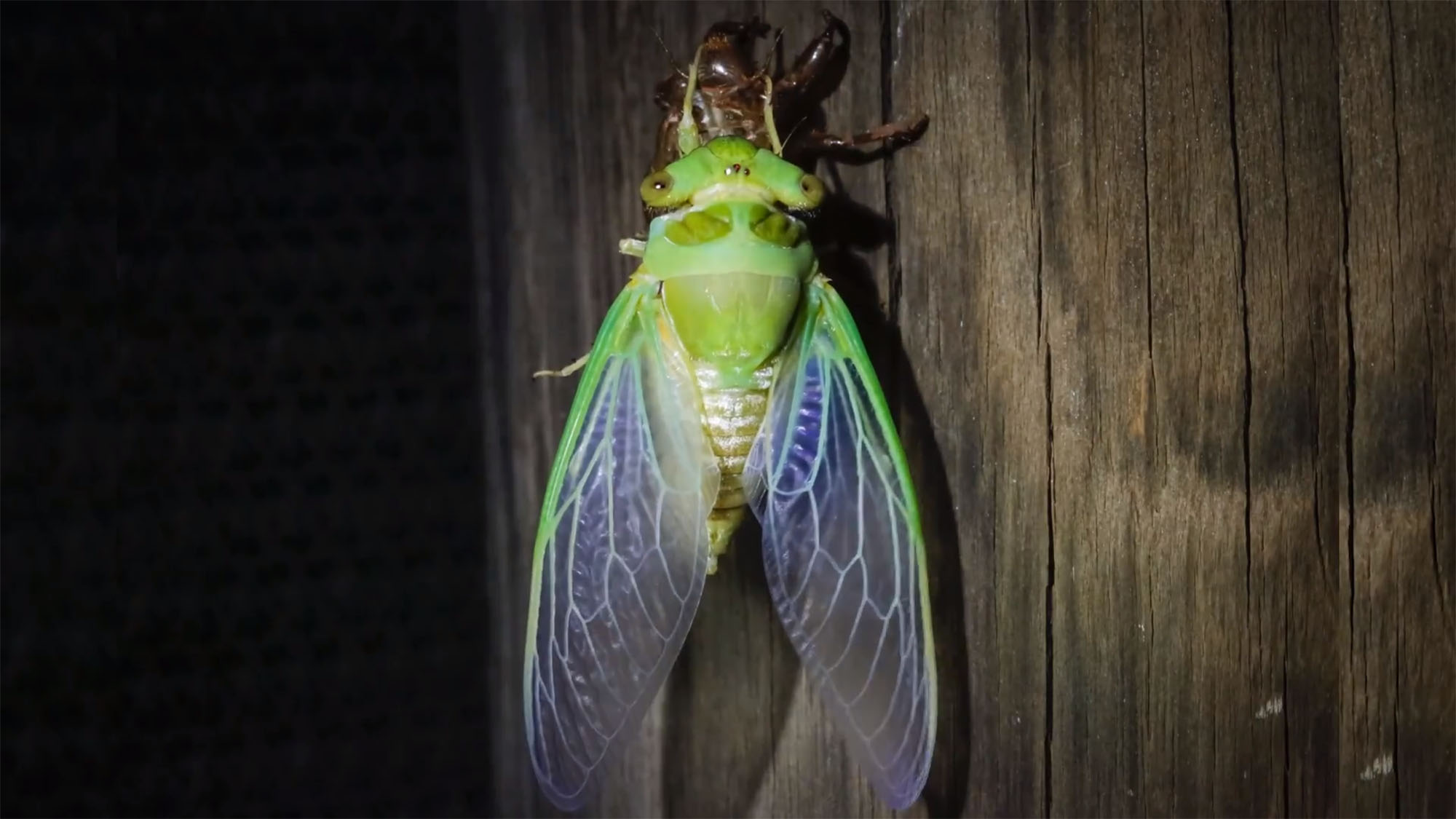 The cicada dries its wings after its epic transformation.

The transition from nymph to adult cicada can take up to two hours, sometimes more. But, sadly, these creatures only live for around two weeks after they make the transition — just enough time to find a mate and reproduce. So it’s not all doom and gloom.

The female will lay her eggs in a hole burrowed into a tree trunk. Once hatched, her offspring fall to the ground, burrowing to a few metres, where they can live for up to seven years feeding on sap from tree roots.

However, its time to return to the surface once their development is complete. The nymphs climb a tree — or whatever’s closest — to begin the process of transformation to adult cicadas, just like their parents went through. Pretty impressive, right?

Next time you hear the hum of cicadas on a hot summers day, just think: they’ve been on the journey of a lifetime.

Images and time-lapse by Brad Leue.