Alex Ellinghausen is a Fairfax Media press gallery photographer who has made history—for the first time the ‘Press Gallery Journalist of the Year Award’ was presented to a photographer. Alex has had a long history with Canon and actually started taking photos with the very camera his father gave his mother to take photos of him as a baby.

How did it feel to win the press gallery journalist of the year award?

I was very surprised and honoured. My bureau nominated me for the award and I’m very pleased photojournalism is recognised in this way. Traditionally, the award has gone to reporters and it’s the first time the Press Club and my peers have recognised photographers, so it was a great feeling. 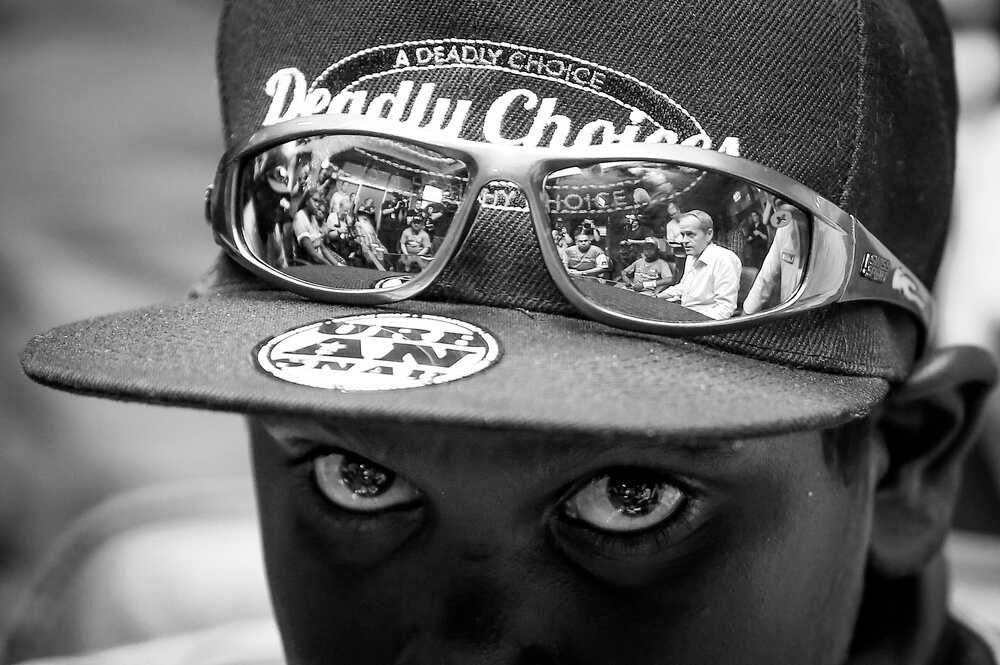 How did your love of photography all begin?

My mum worked in a photo lab so she was the one that exposed me to photography from a young age. I spent a long time after school at her shop. My first camera was a Canon AE-1. That was the camera my dad bought for mum when mum gave birth to me, to photograph me, and my mum used it to photograph my childhood and when I was a teenager. I had a lot of fun with my AE-1 and now I’ve passed it onto my 10 year old daughter who is loving photography now too. I started working for Fairfax Media in digital, so I’ve hardly touched film but my daughter shot a few rolls of film recently and we haven’t developed them yet, but we’ve set up a dark room in the bathroom at home so there’s a lot of anticipation! 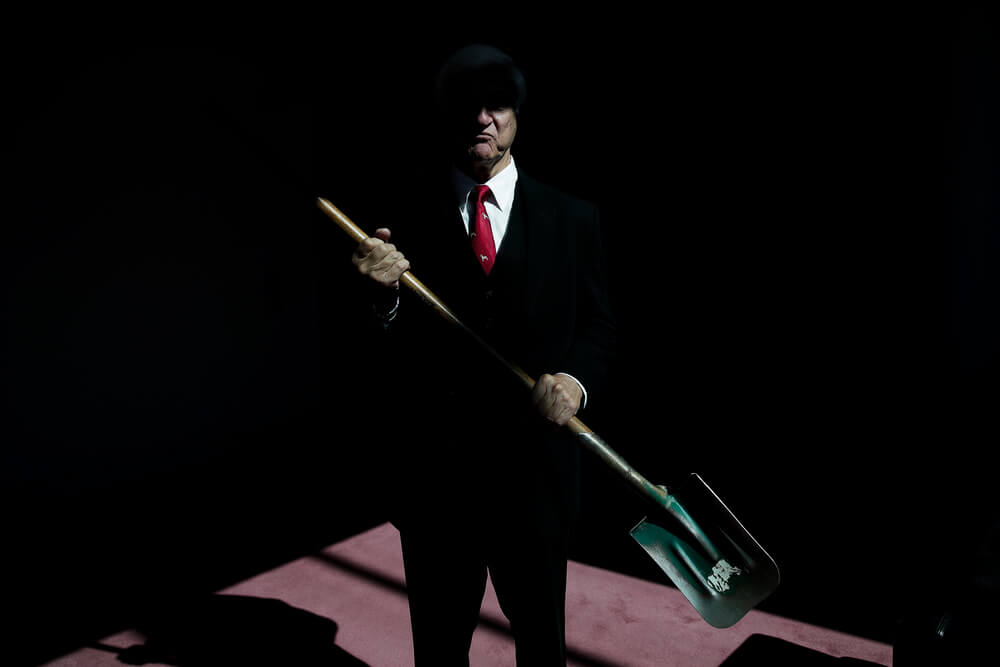 When did you realise photography could be a career for you?

It really became an extension of what I enjoyed doing. When I was growing up, my mum didn’t have a lot of travel experience, she was a single mum for many years and photography became my way of sharing with her what I saw on my travels. When I was a teen I started travelling a lot and my mum always gave me heaps of film to shoot what I saw. It was a way of not just capturing memories, but storytelling. Eventually, somewhere down the track, I thought that’s what I want to do, tell stories with my images. Then the job at Fairfax Media came up, and my storytelling now extends to more than just my friends and family, it’s for our readers and everything I cover at Parliament House. 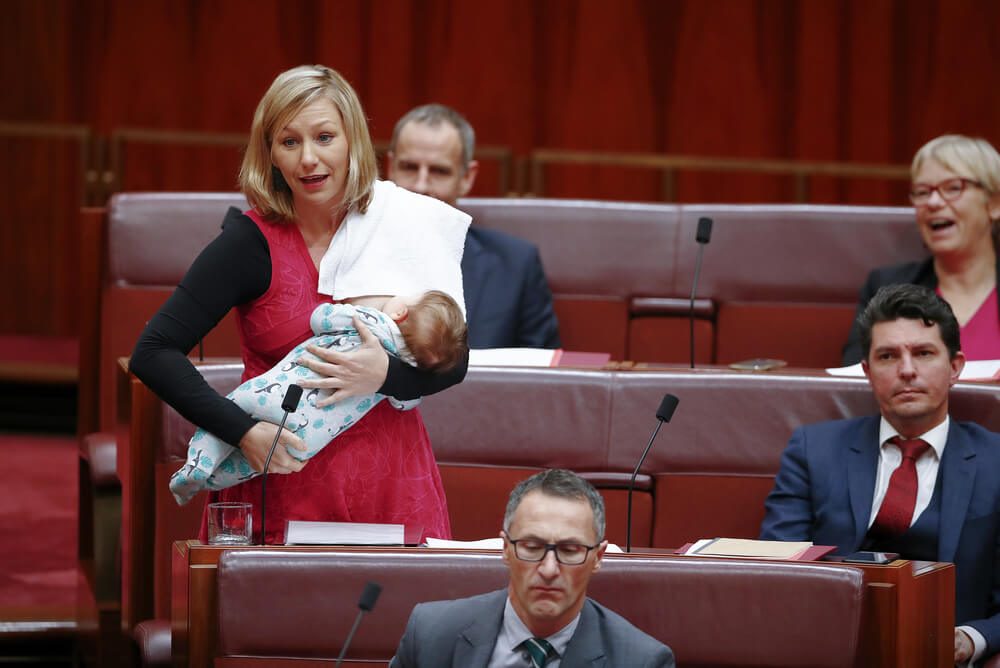 Do you think people have a new appreciation for photojournalists due to the rise of social media?

Yes, when it comes to social media platforms, photo journalists are very well presented. Everyone has a smartphone these days and, if you look at the genre of photojournalism, it’s a truth medium and every most major organisations have their own photographers these days. The Prime Minister has a photographer as does the opposition leader; they’re all treading on that platform of photo journalism. Obviously with iPhone’s and iPad’s there’s a lot of imagery out there, so the role of the photo journalist is more important now than before. 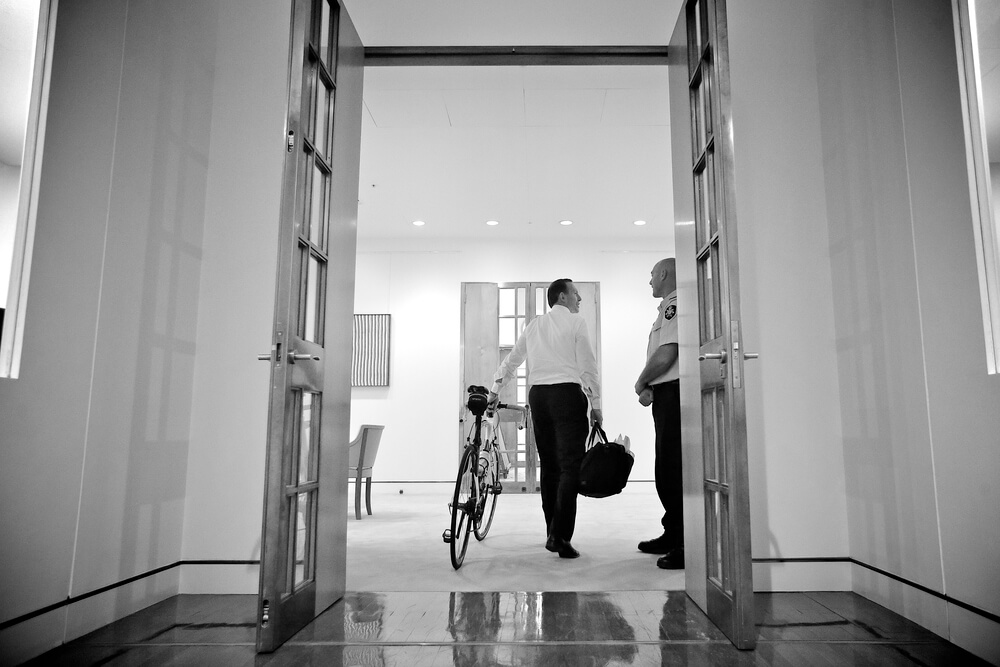 Politics has been pretty tumultuous lately—what makes being a press gallery photographer so special for you?

Yes, without a doubt it’s been tumultuous over the last decade, there’s been a lot of crazy moments, we’ve changed PM’s so many times. All leadership “spills” are pretty intense but what made the last one different, was that it was done and dusted in a couple of days. They were pretty long days starting from 5 am until 11 pm—but the last challenge was unique. It lasted for a whole week, not just a two-day spill. There was a lot of anticipation from the week before, that led into the weekend and then Monday when parliament resumed nothing happened. On Tuesday we had the first spill when Turnbull vacated the leadership which took everyone by surprise. Then everyone thought Dutton was going to be the front-runner and come Friday we had a new PM in Scott Morrison, so it was a marathon! 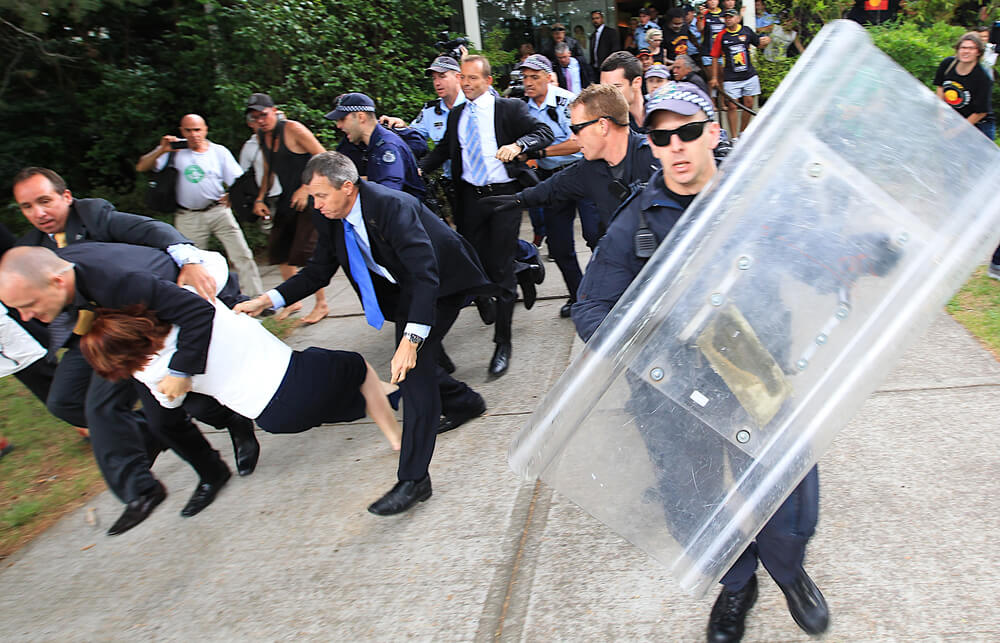 Penny Wong and Julie Bishop are two politicians who have praised your work. Bishop has said, ‘He has this uncanny knack of capturing an instant in time and holding still that moment.’ Is it good to get the approval of the people you’re photographing?

Well, it’s not for politicians to love our work. In fact, in my eight years covering politics I rarely get any insights from politicians, in regards to what they think of my work. I wouldn’t say they actually like my work but I know they respect the craft and the contribution we make in informing the public about what’s happening in parliament house, and that we are playing a big role in recording history. 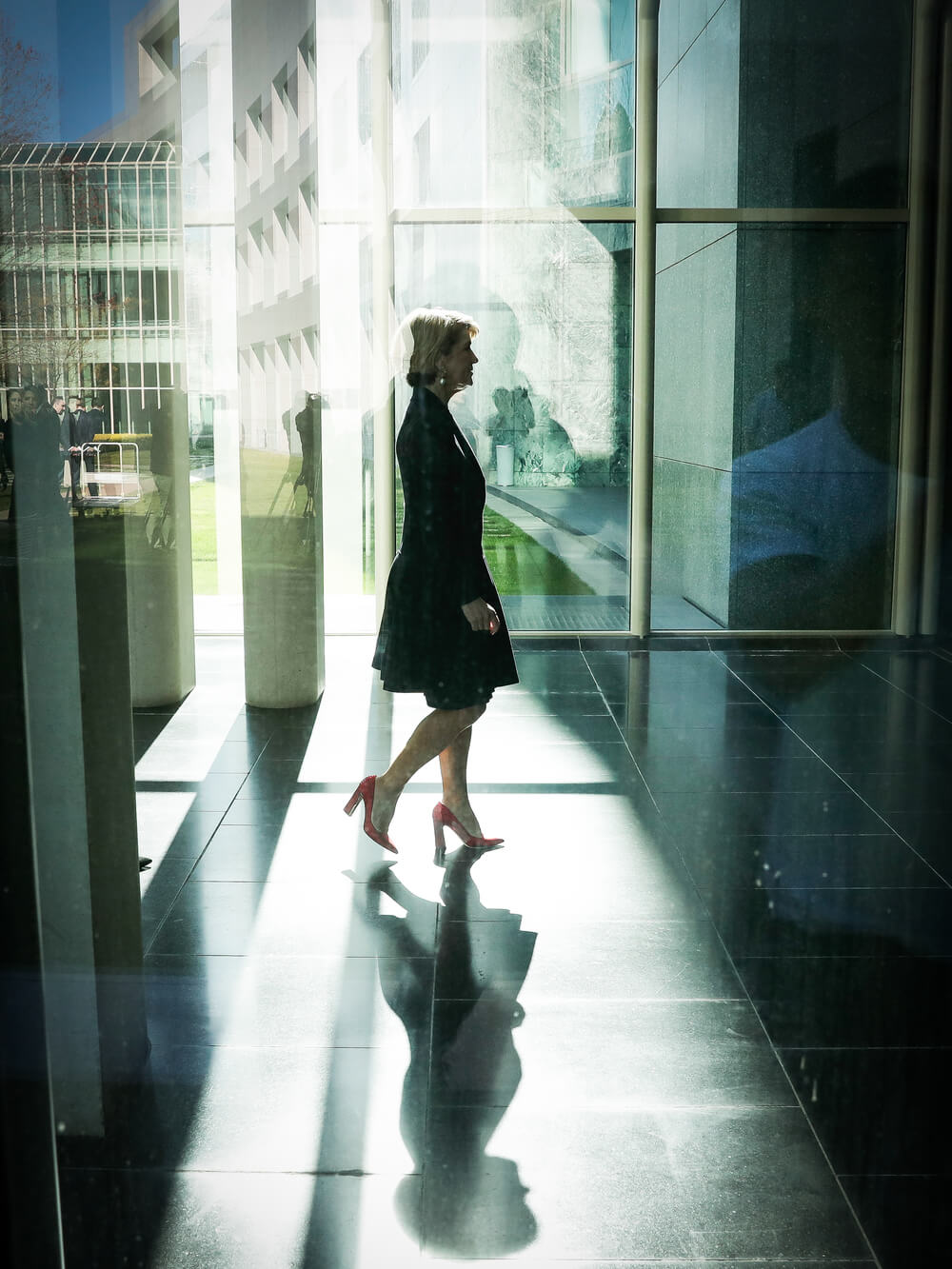 What advice would you give to emerging photographers in the field?

Political photojournalism requires you to be across many issues so it helps to be well-read. Listen to a lot of radio or podcasts, and watch the news. It also requires you to have the ability to be fluid in fast-changing scenarios, and to be able to have clarity in chaotic situations to distill the story you want to tell your readers. One of the best pieces of advice I received when I first started covering politics was that it’s always better to be one hour early than five minutes late. Wearing comfortable shoes also helps, and don’t be afraid to take risks! 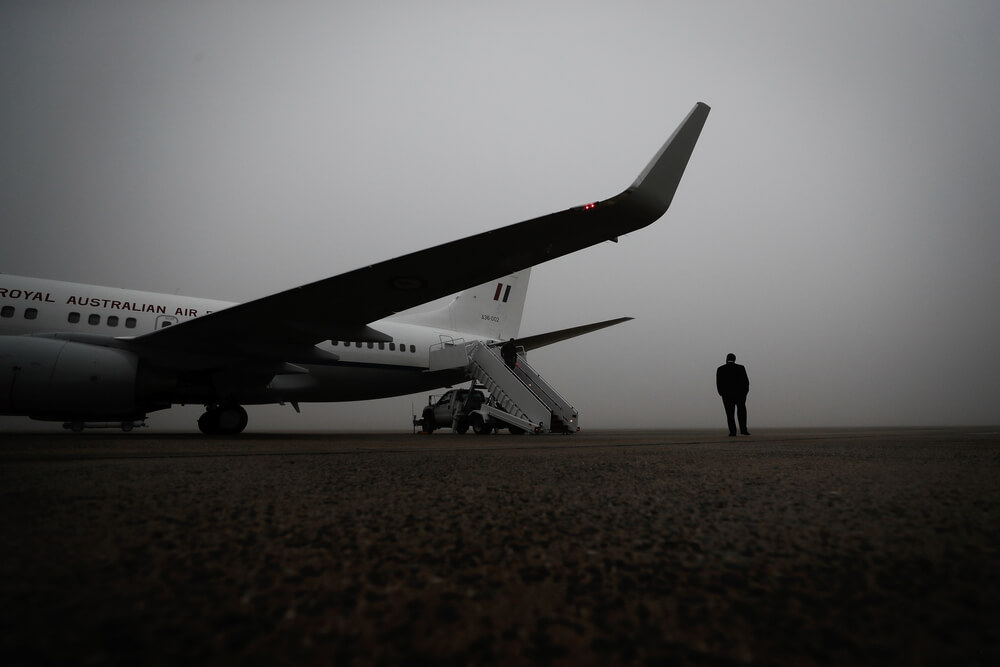